If you have pets, the worse thing you can imagine is having them run away or getting lost somewhere. Just like these kids crying tears of joy when their mother finds their lost cat, it can be a traumatic experience for families. When Amanda Guarascio of Washington heard that there were sightings of a stray dog near a local off-roading vehicle park called Evans Creek, she felt they need to do something.

She drove up to the area with her friend, Dylan Parkinson, and immediately spotted the dog sitting by the side of the road. They tried to feed him without any luck but she found a clever way to help earn his trust and eventually save him.

A starving dog was said to be seen near a local park so Amanda Guarascio and her friend Dylan Parkinson set out to find him. 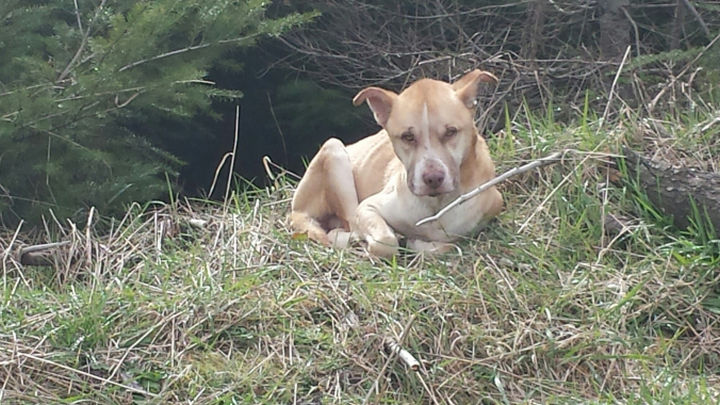 When they found him, he was emaciated but even after trying to feed him hot dogs and bologna, the dog wouldn’t get close enough to them to eat. 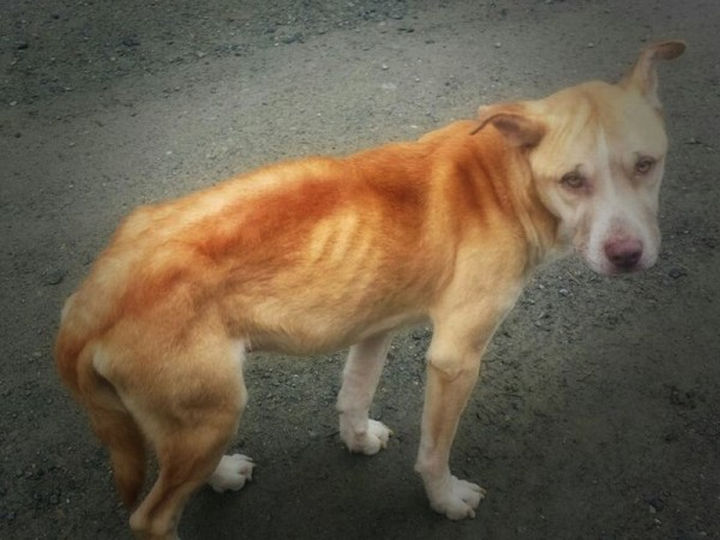 Desperate to help gain the dog’s trust, Amanda rolled up in a fetal position but after 20 minutes, the dog lost interest and left. She decided to call him ‘Baby Bear’. 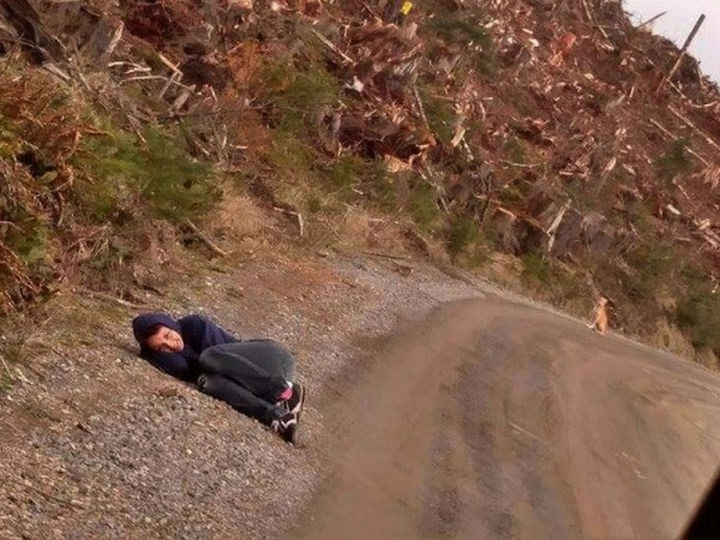 It was cold that day so Amanda went back to the truck to warm up. Shortly after, she noticed Bear was lying in the grass so she thought she’d try it again. 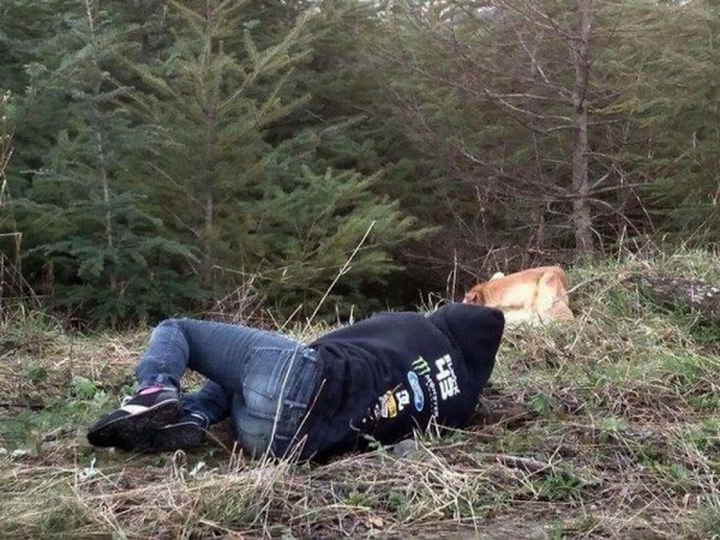 It took almost an hour, but she slowly moved closer and closer, only an inch at a time. 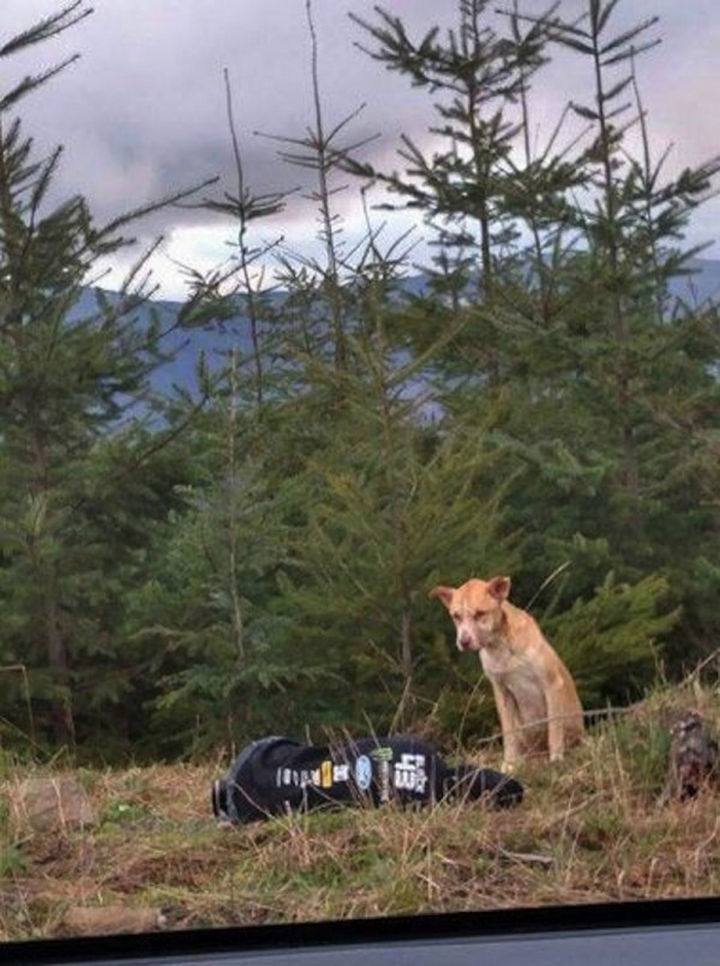 She eventually got close enough to the dog so that he could smell her and know that she was not there to hurt him.

She then made whimpering and yawning sounds to calm Bear down and he snuggled next to her to warm up. Everything was good until a truck drove by and scared him away! 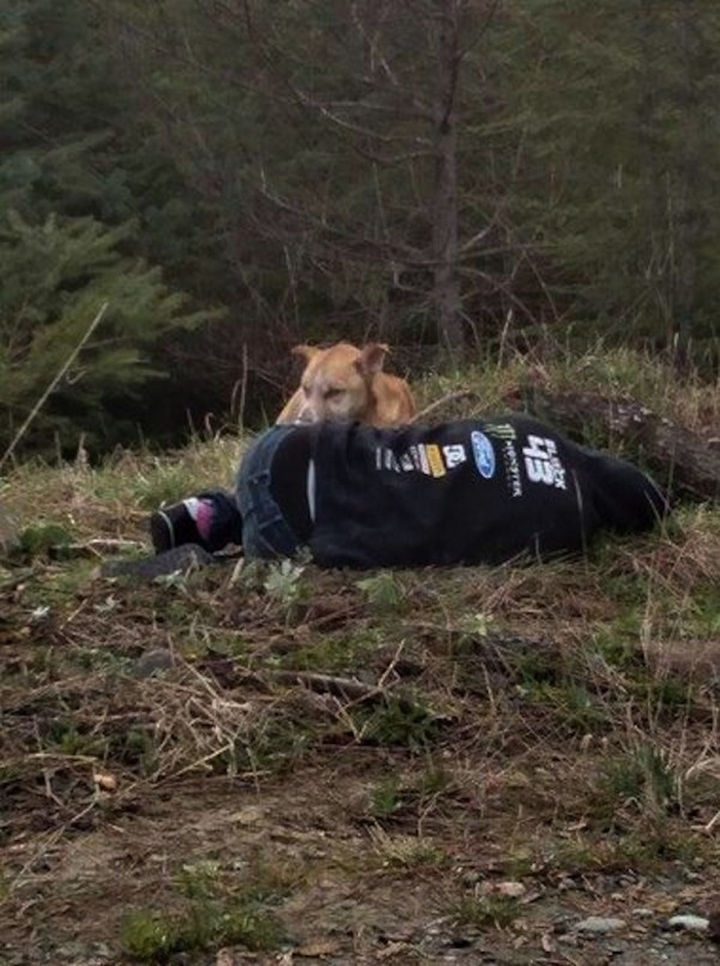 Undeterred, she went home and when she came back an hour after, he was in the same spot. She slowly walked towards him and he didn’t run away! She then was able to put a slip lead on him and bring him home with her. 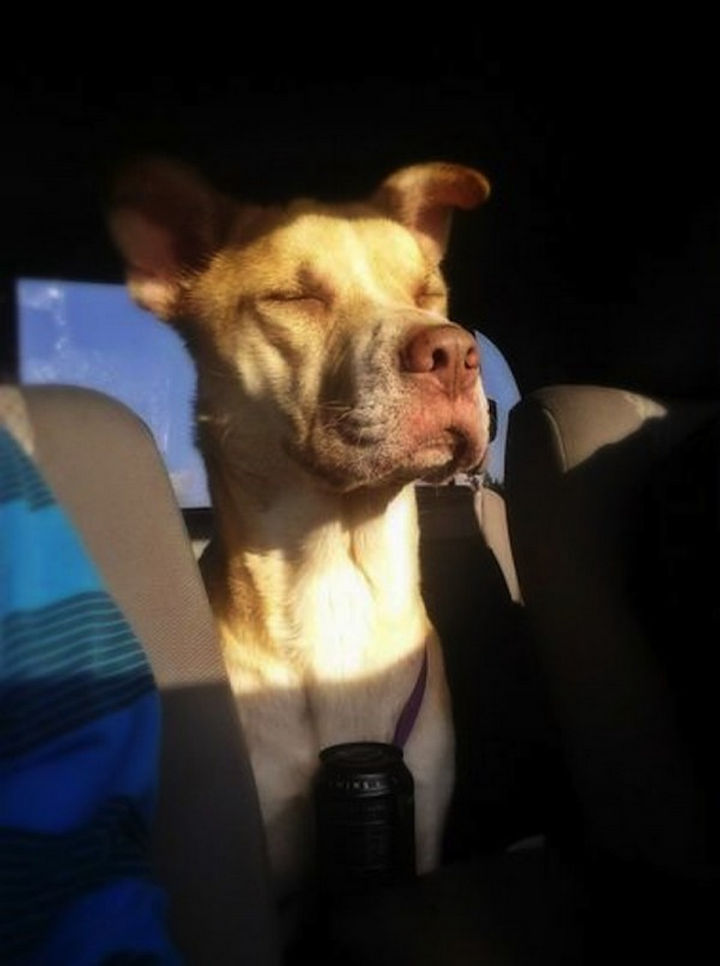 Because Bear was so exhausted, he wanted to be carried everywhere but Amanda loved it because he was finally safe! 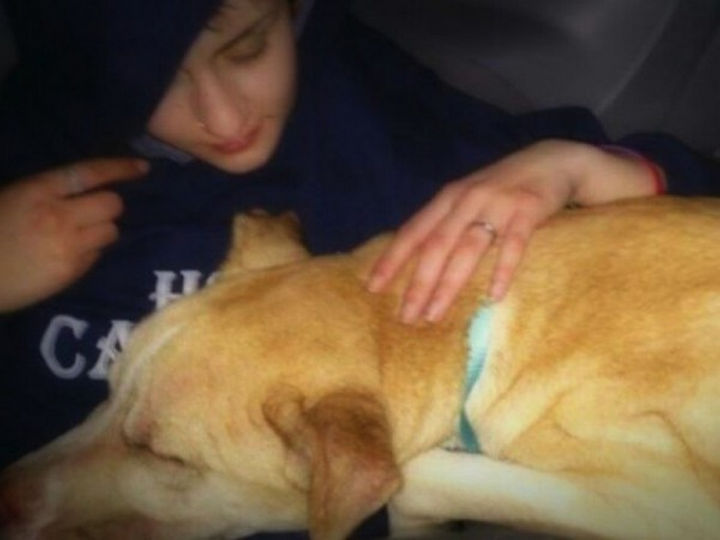 Amanda and Dylan are still trying to find his owners but if they can’t, a local animal rescue center has agreed to care for the dog. Please share this beautiful rescue of Baby Bear and Amanda’s loving heart with your friends and family. 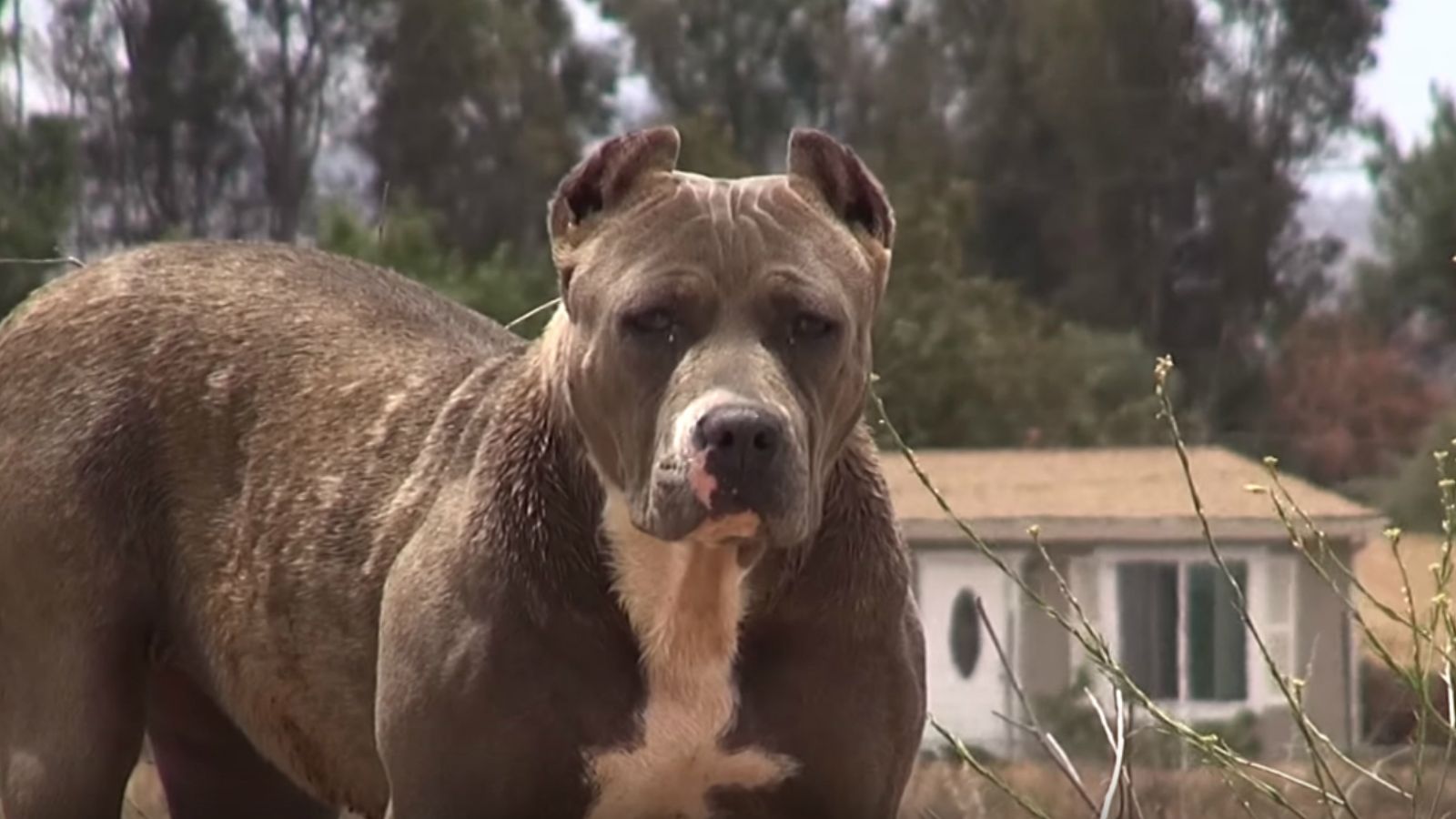 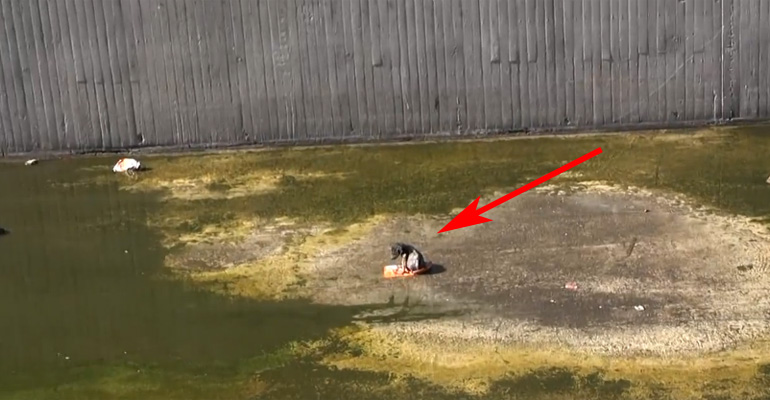 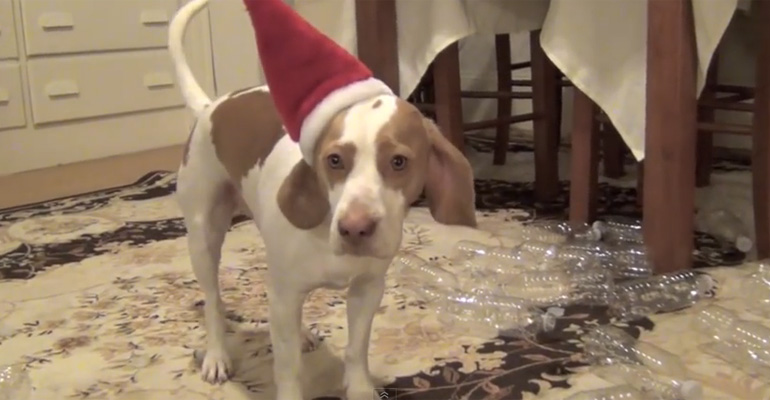