In March of 2011, a dog was found by a building maintenance worker in Newark, New Jersey. He was found at the bottom of a trash chute, emaciated and wrapped in plastic and was only seconds away from being crushed by a trash compactor if it wasn’t for the superintendent saving him. He was given a name, Patrick the Pit Bull, by his rescuers because he was found the day before St. Patrick’s day.

He was brought to the Associated Humane Societies in New Jersey and was in poor condition weighing only 19 pounds and had a body temperature so low that the thermometers couldn’t register it. With care and love, he miraculously recovered and a few months later weighed 50 pounds and appeared much healthier.

When rescuers found him, they expected he would pass away within 24 hours. 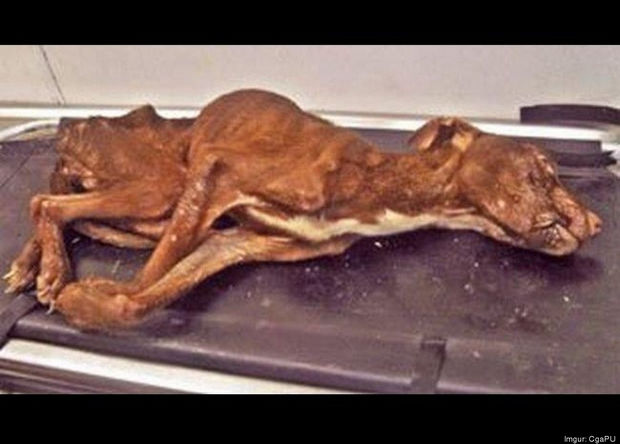 He was cold and weak. The veterinarian staff immediately put him on intravenous fluid. 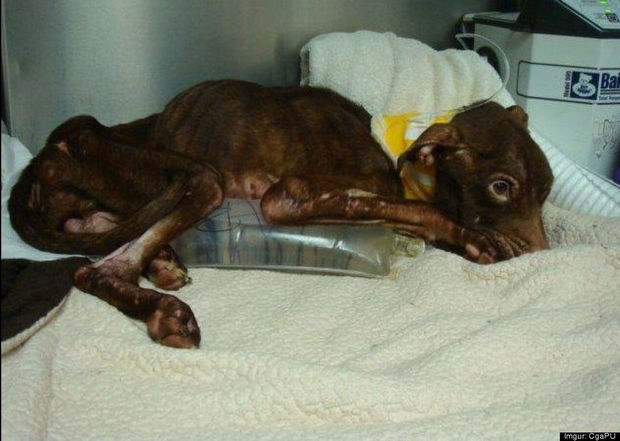 Over the next few months, he slowly regained his strength and was beginning to warm up to the staff caring for him. 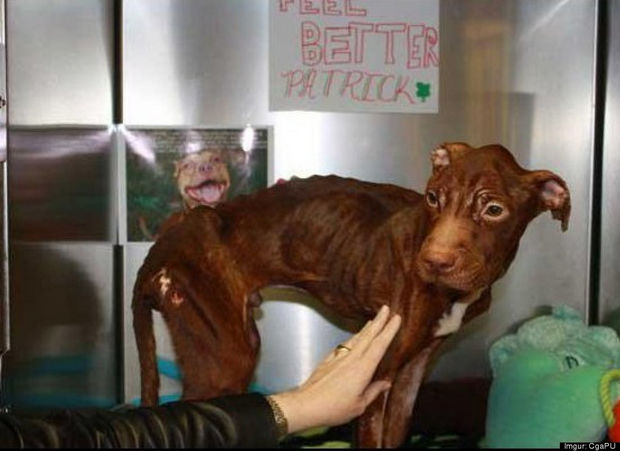 Over a year later, Patrick the Pit Bull doesn’t even resemble his former self. He his healed, strong, and looks healthy and happy. 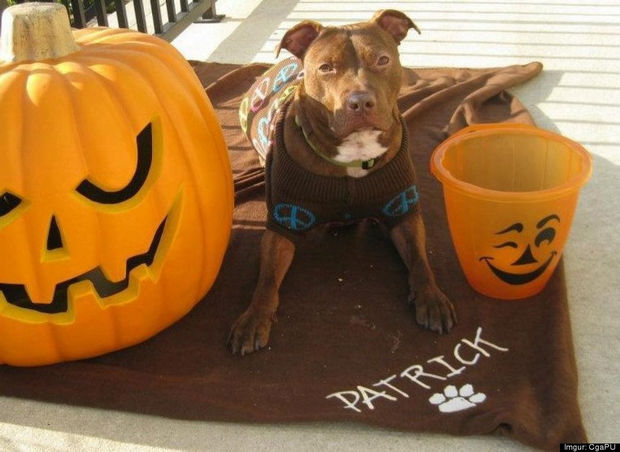 Awww, so cute it makes me want to cry. 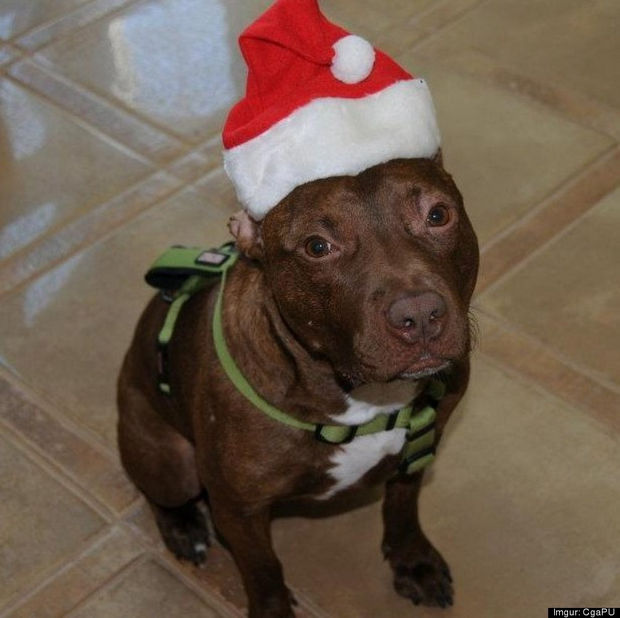 On August 7, 2013, Patrick’s law was signed by Governor Chris Christie to toughen charges and fines for animal cruelty cases. 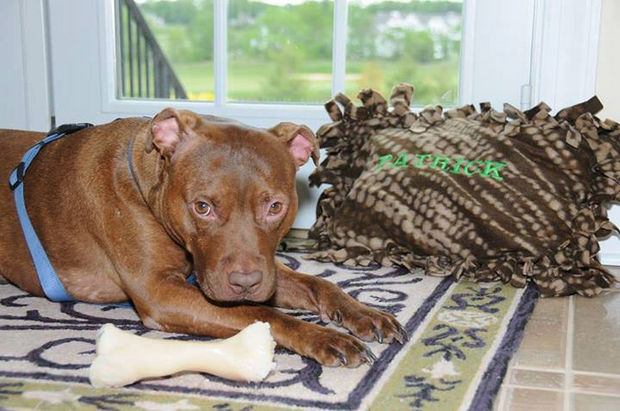 On March 9, 2014, The New Jersey Veterinary Medical Association (NJVMA) inducted Patrick the Pit Bull into their Animal Hall of Fame. 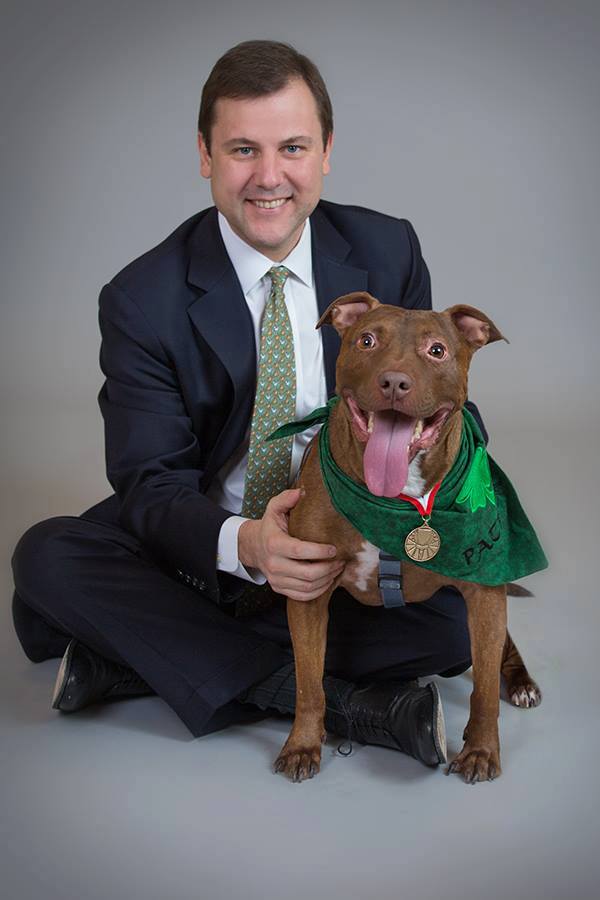 In June 2014, Patrick found a forever home and was adopted by a family that gives him the love and attention he deserves. 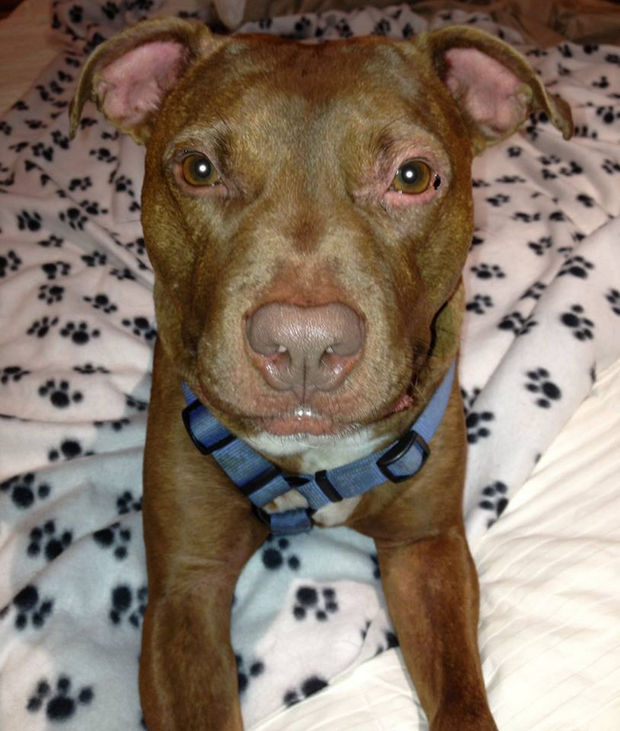 What a sweet baby! So happy for the love and care that the Scavelli family has given to Patrick. 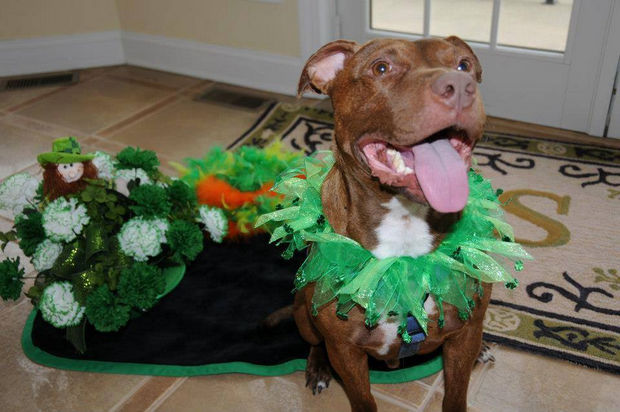 This story is an amazing one and it also demonstrate the perseverance of Patrick and how much he wanted to live. The care shown by everyone involved allowed him that and today he is happy and living with his new family. Follow Patrick on Facebook for more heartwarming photos of him healthy and happy!

Please share this miraculous story of survival of Patrick the Pit Bull with your friends and family. 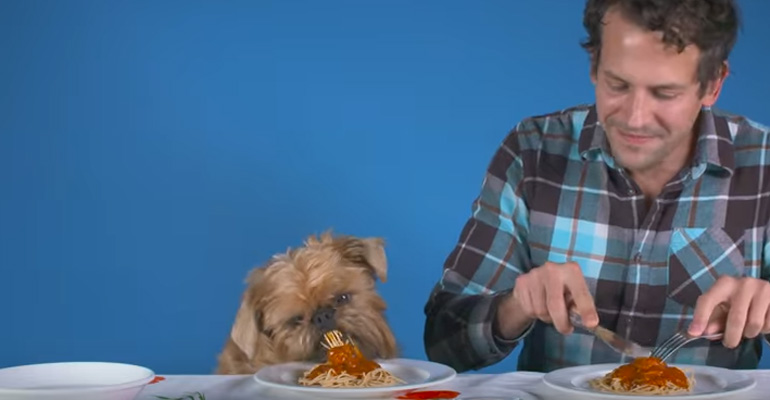 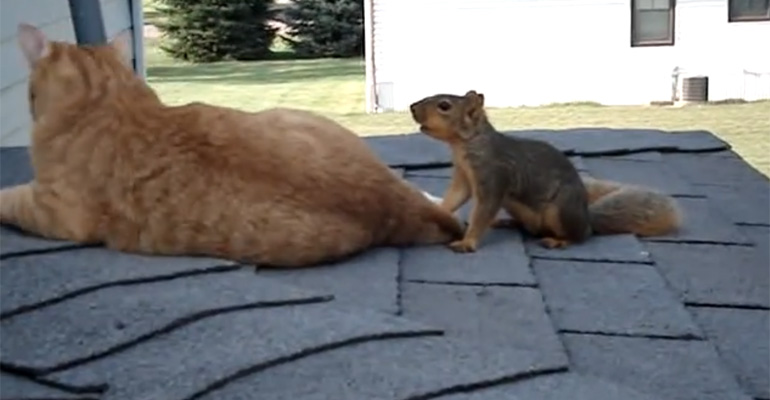 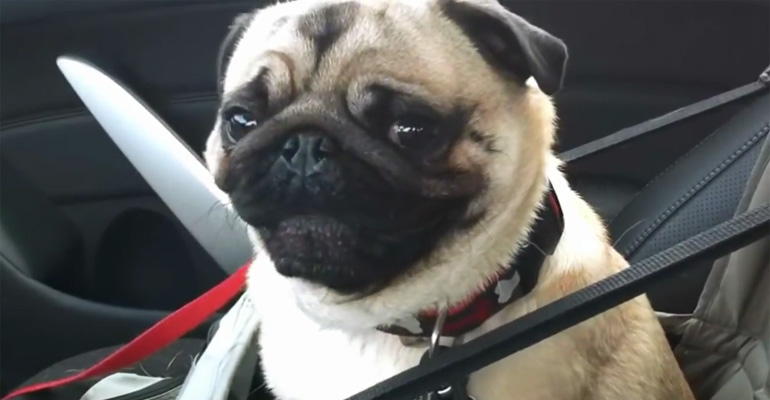