Some relationships can be a struggle and if trying to work it out doesn’t work, the best thing for both people is to simply end it and move on. Breaking up with breakup texts is not the best move but the following people did anyway and the text messages are so bad that it’s hilarious.

It doesn’t matter if her husband was dating someone even though he was married or he caught his girlfriend with his best friend, the following 22 couples decided to end it with breakup texts and their responses will make you laugh. At least they didn’t try to do it via social media in 140 characters or less!

1) He does have his priorities in order. 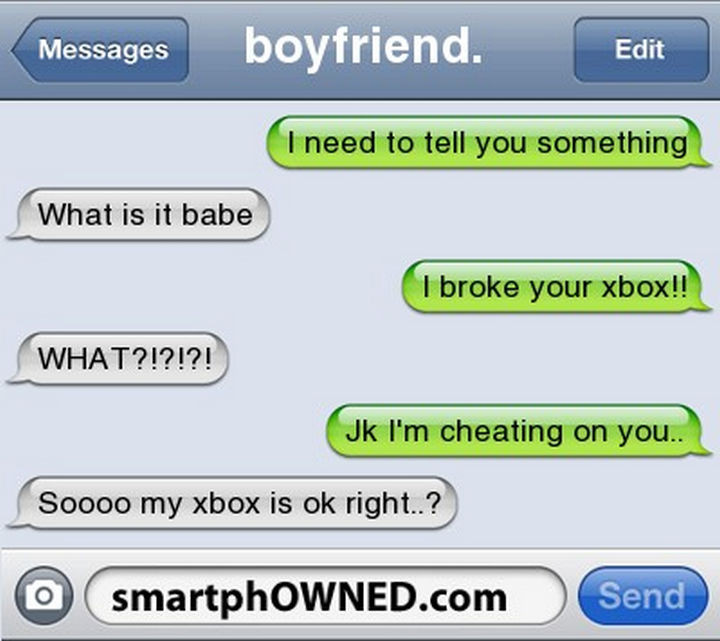 2) Breaking the tension with a knock-knock joke. 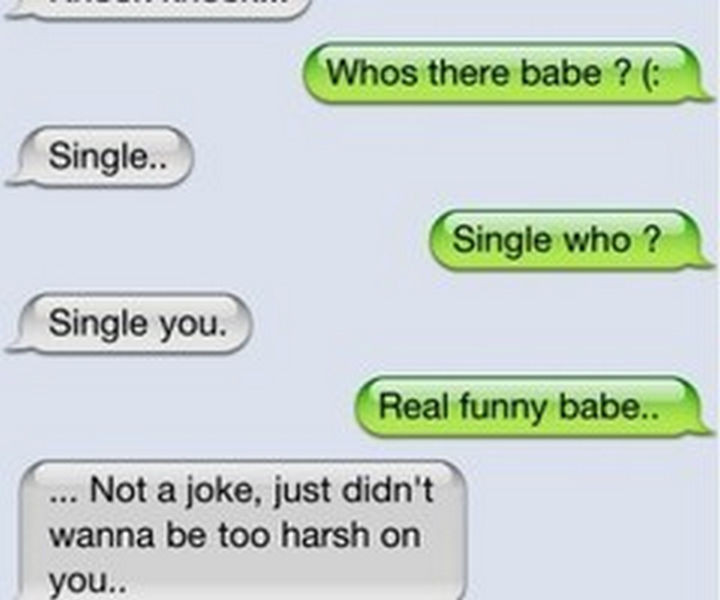 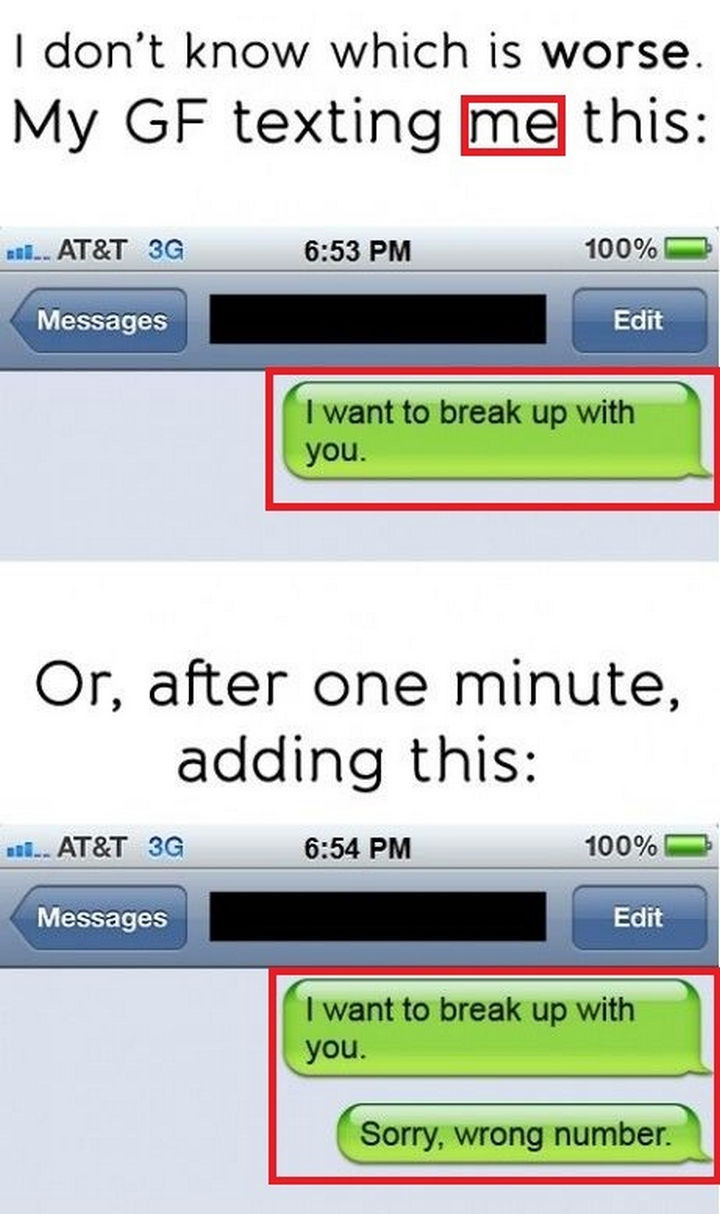 4) Doing a dry run first and getting an opinion. 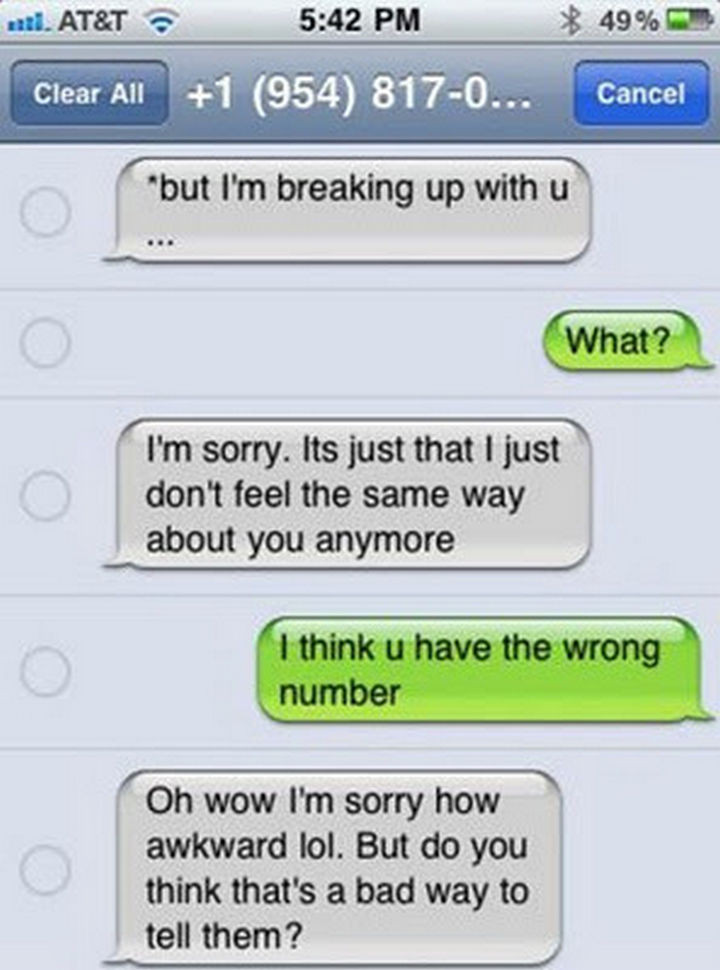 5) Rarely is there good news after the words, “We need to talk…”. 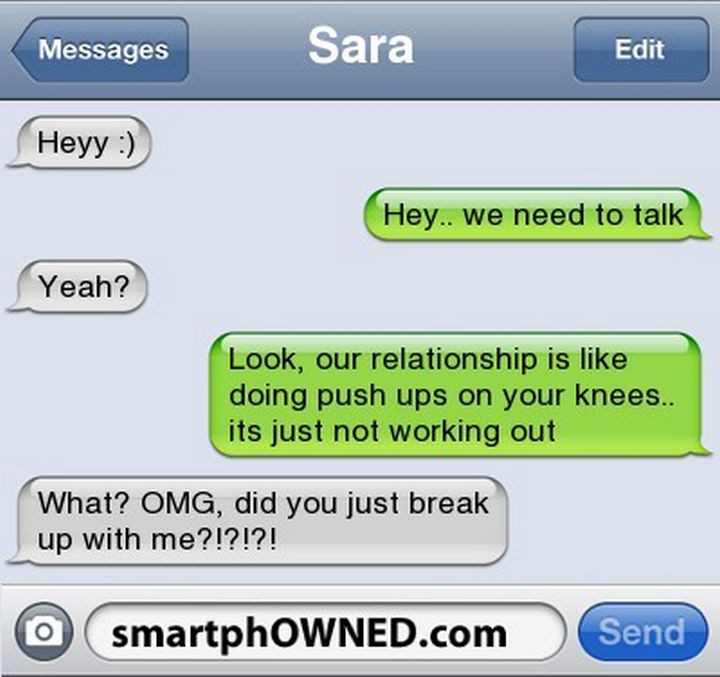 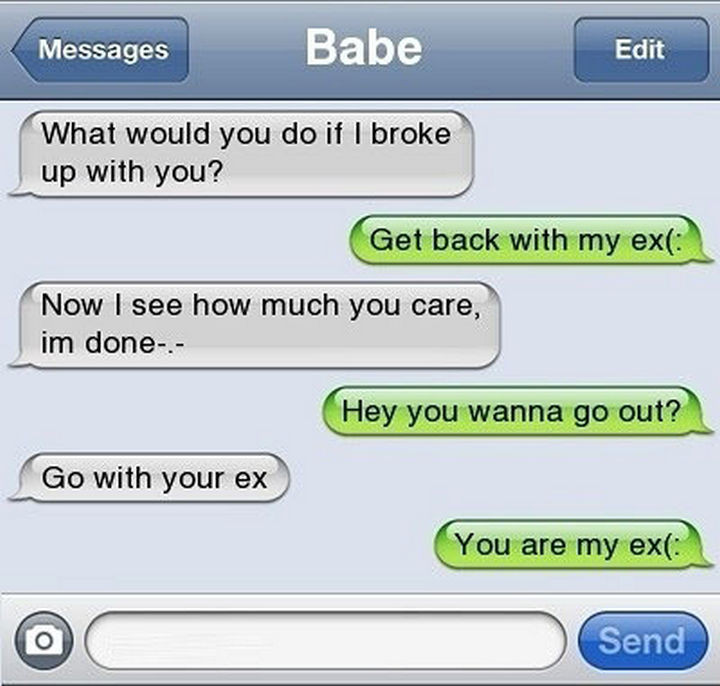 7) That was somewhat corny but it was funny when The Simpsons did it. 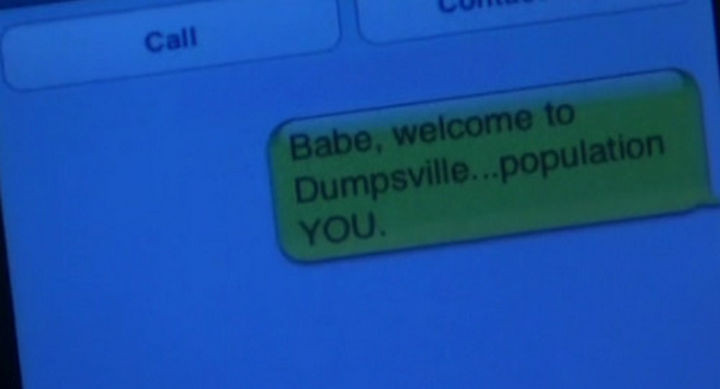 8) When it comes to marriage, honesty is the best policy. 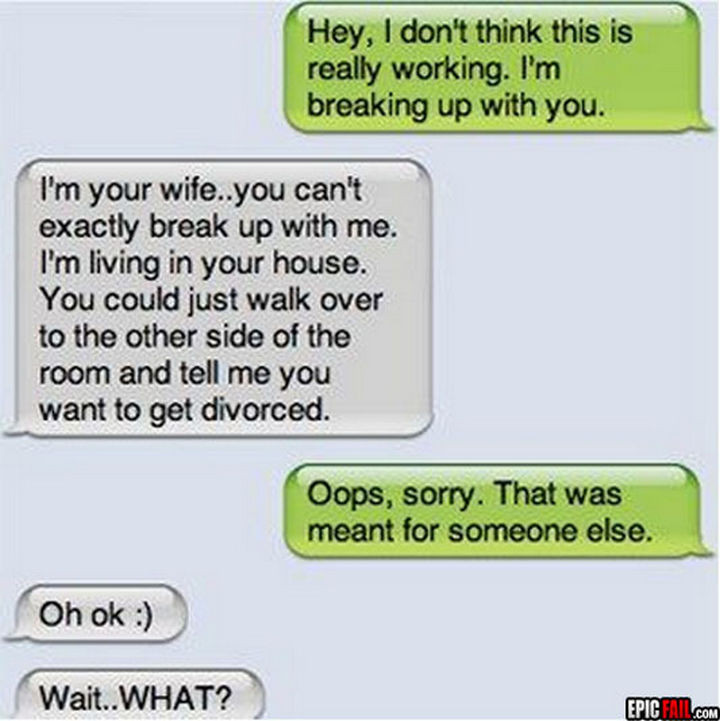 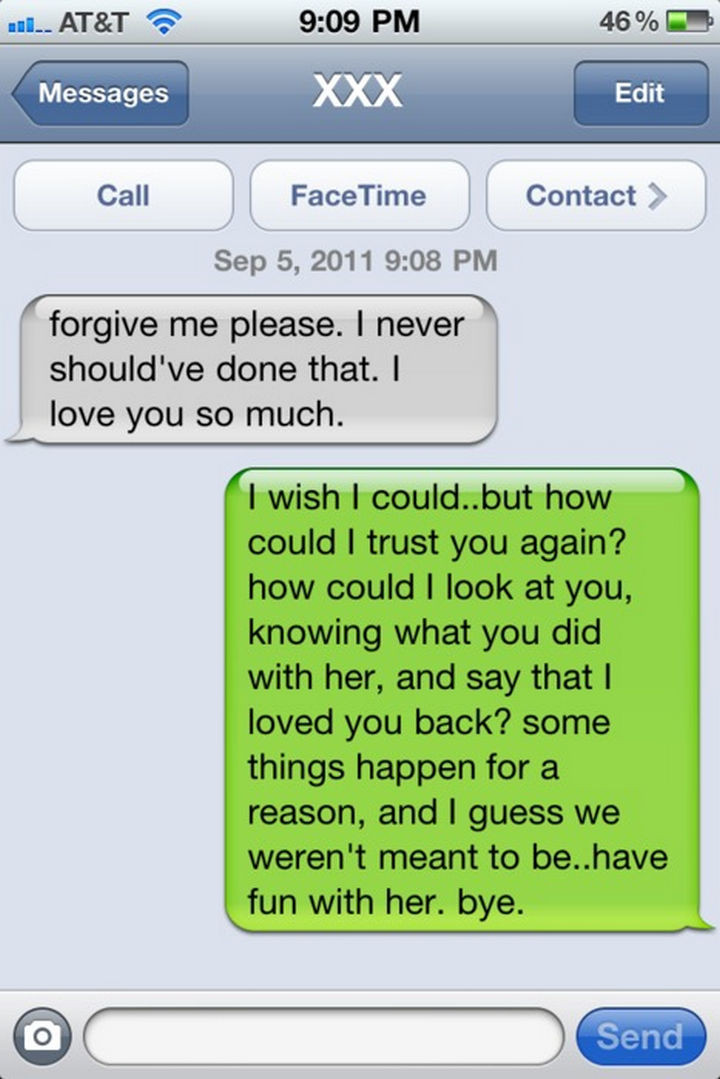 10) Breaking up with breakup texts is bad but only using an acronym is really bad. 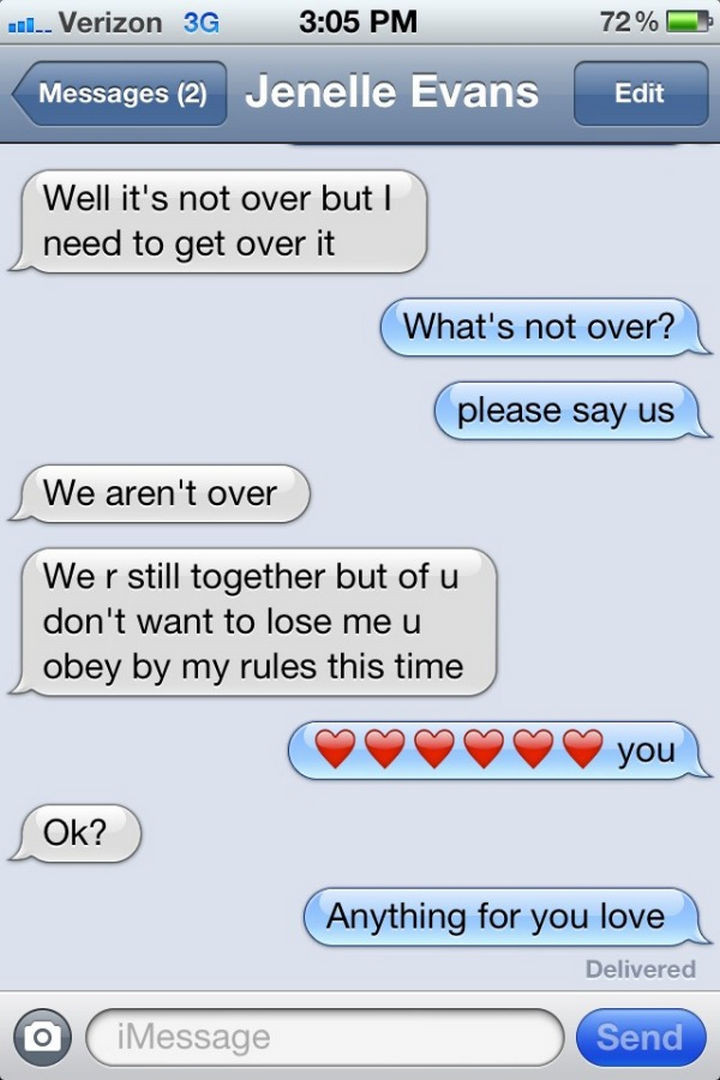 12) Knowing how to spell is an important skill. 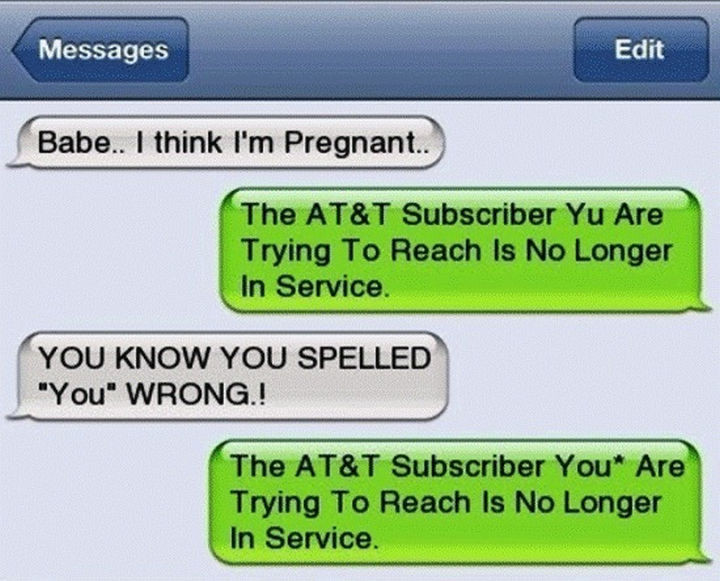 13) After that mind-numbing exchange, I couldn’t wait until it over too. 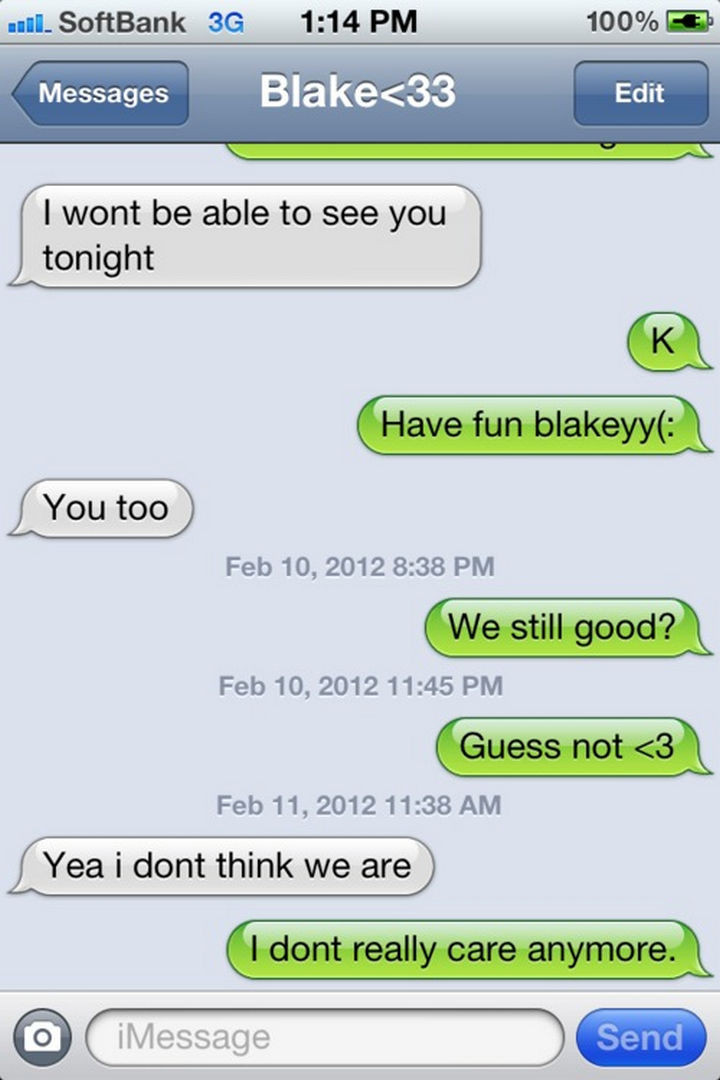 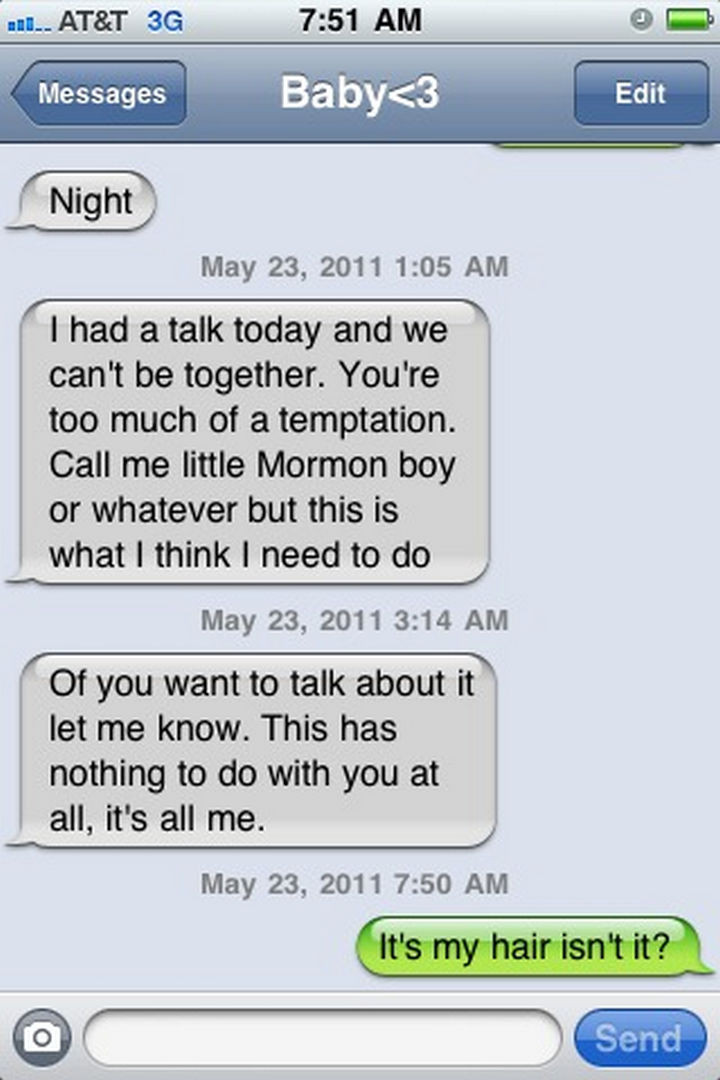 15) That was embarrassing for Johnny. 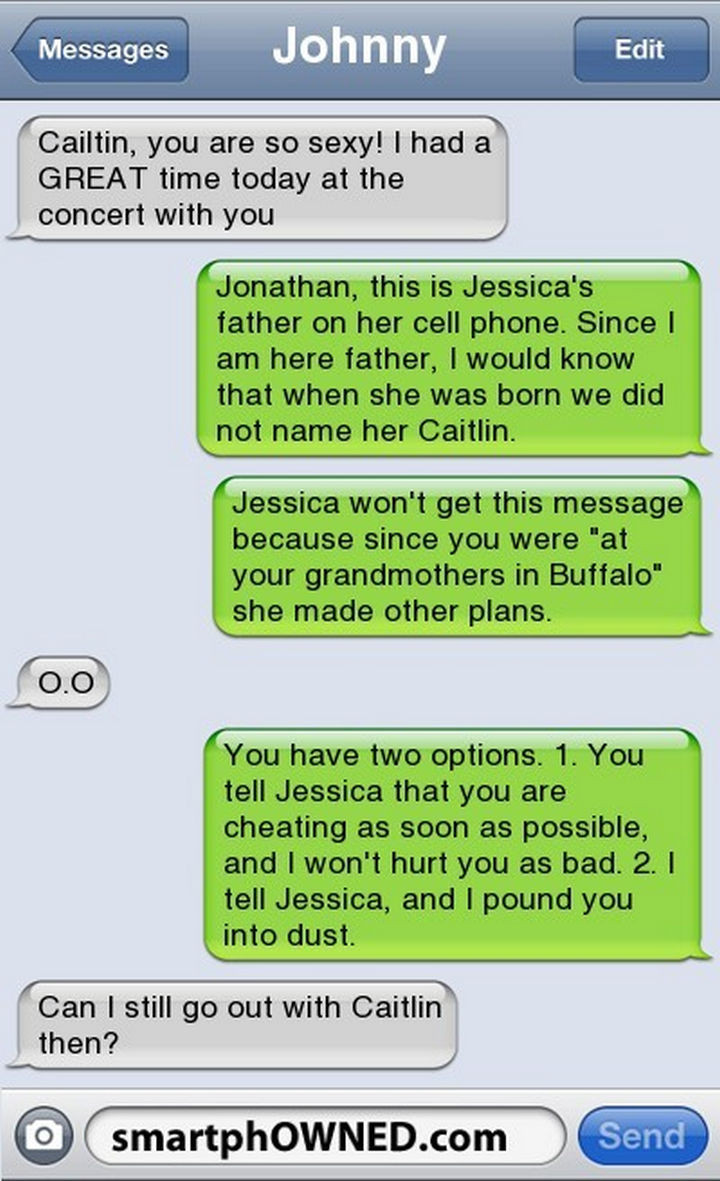 17) That was a long reply, I think they saw it coming. 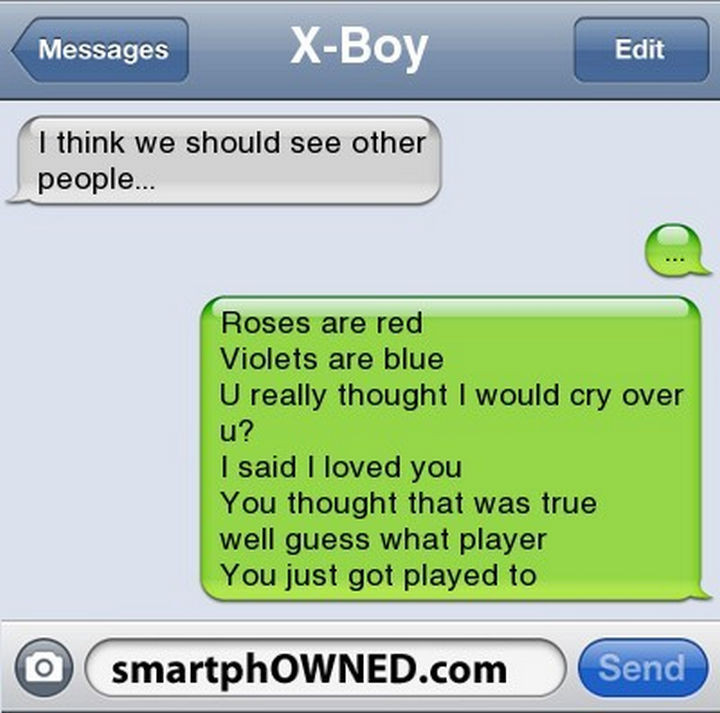 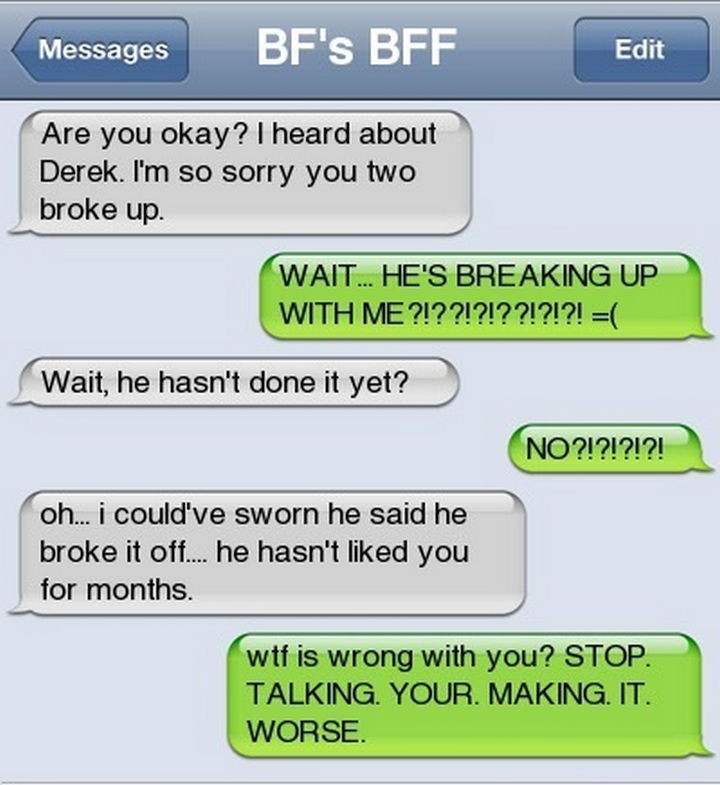 19) Unfortunately, that is the point of a breakup. 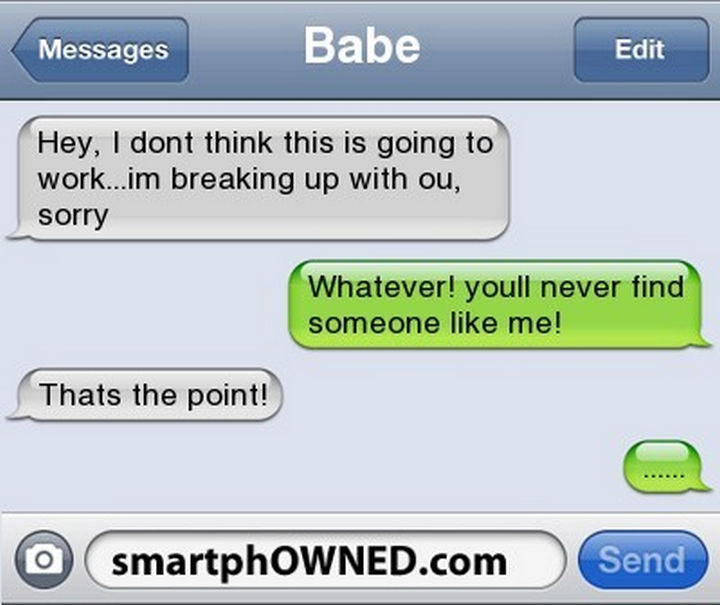 20) They didn’t get the point even after some celebrity hints. 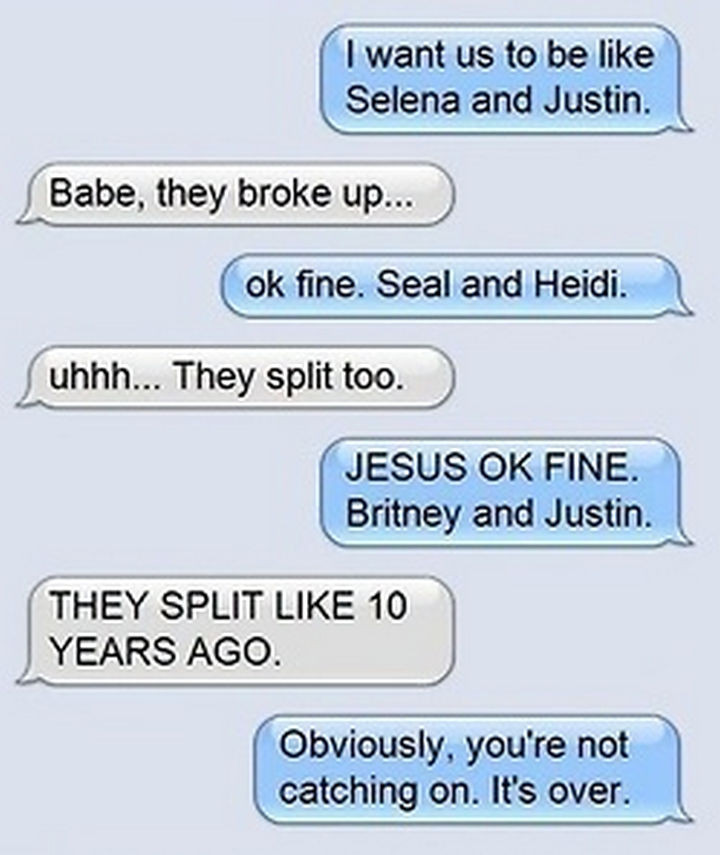 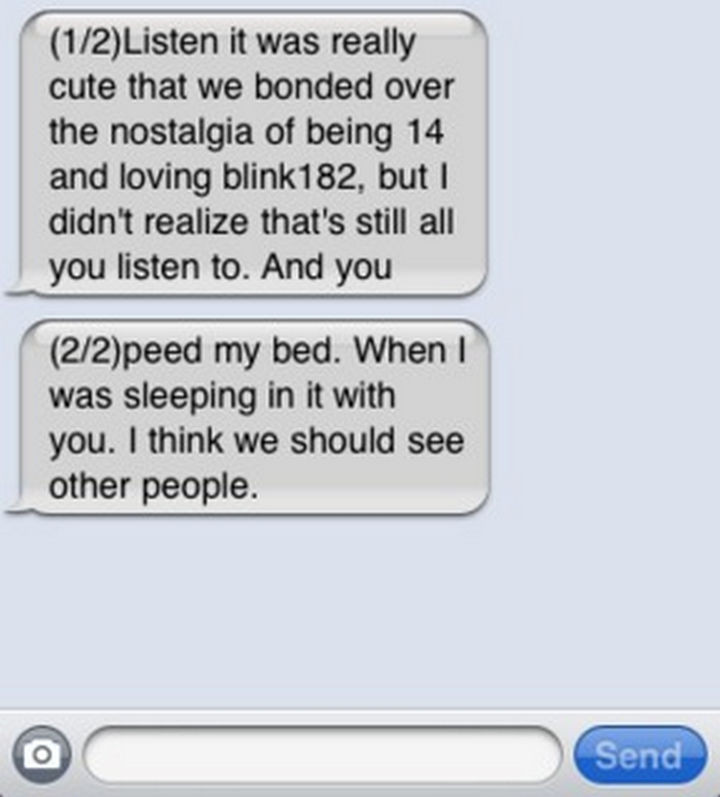 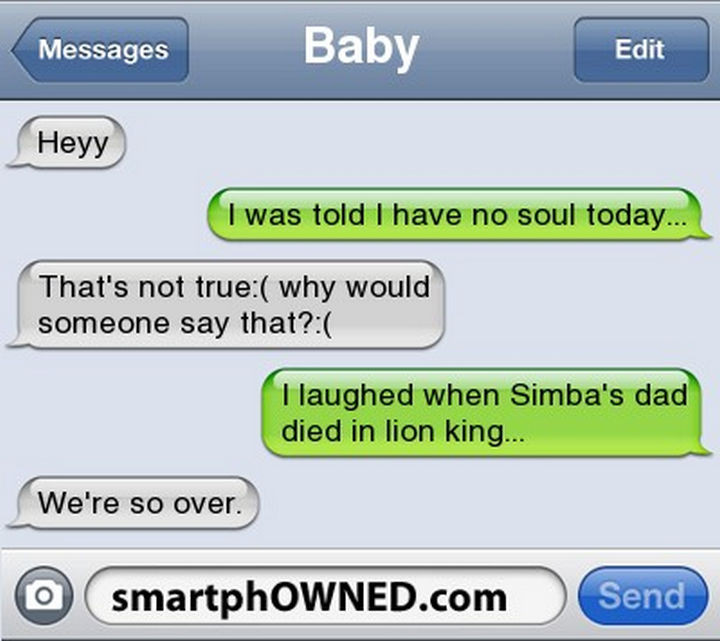 When one door closes another one opens! Please share these hilarious breakup texts with your friends and family. 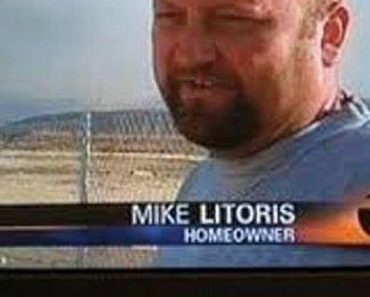 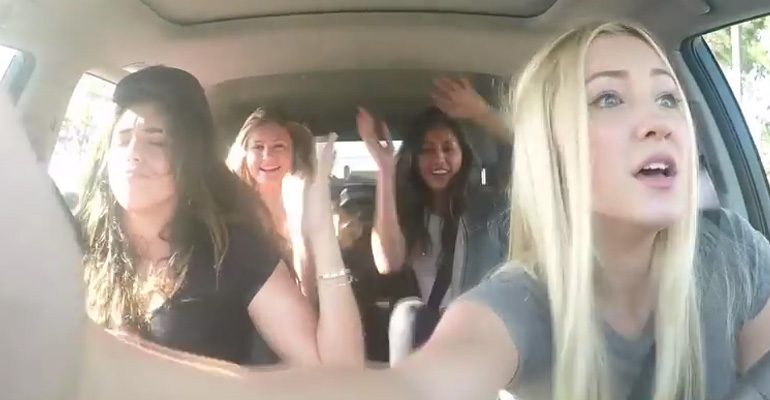 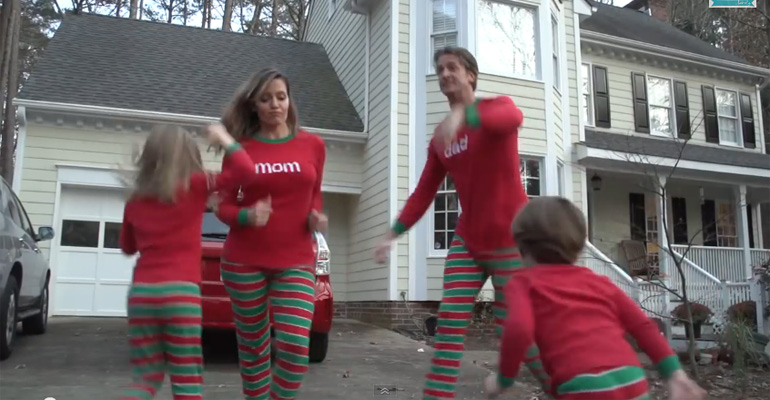