If your man has ever caught a cold, you may often wonder why they’re on the brink of death when they do. There has been some debate regarding the ‘man flu’ and while a Canadian researcher has recently reported that it’s true, some people are not buying it.

While the report states that there may be some ‘immunity gap’ between genders, there doesn’t seem to be enough evidence to explain why men seem to suffer more than women after they catch a cold. Regardless whether the man flu exists, here are 11 funny tweets and memes about husbands that catch a cold and think they’re dying. 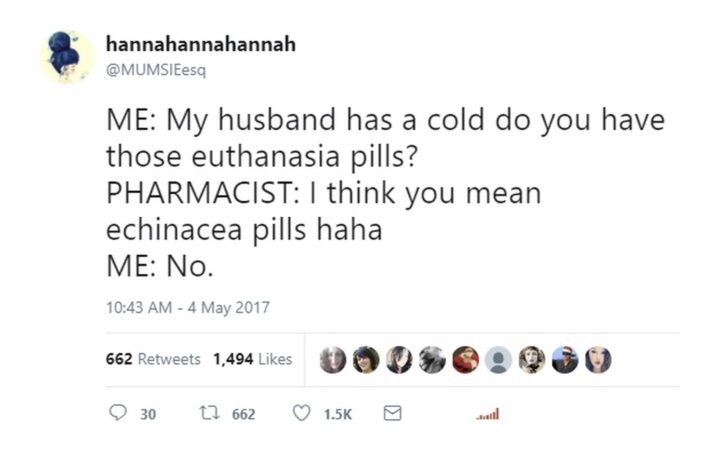 2) Yeah, that sounds about right. 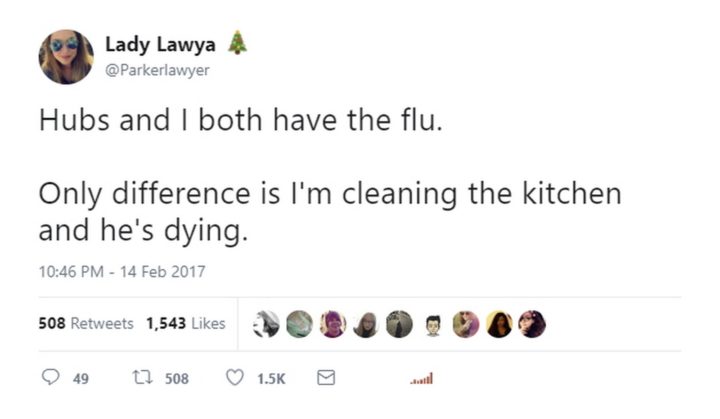 3) I think this comic strip sums it all nicely.

5) You never can forget a near-death experience, nor stop talking about it. 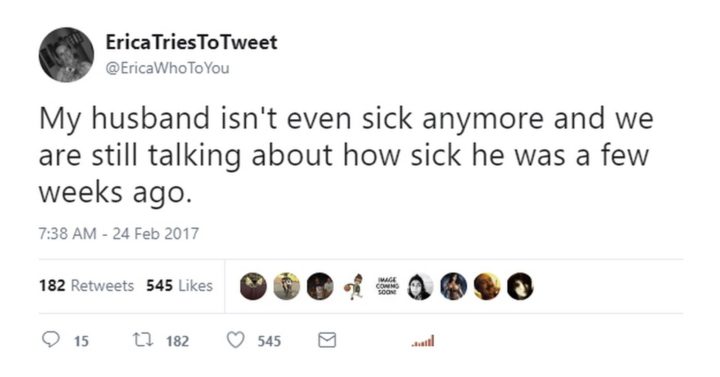 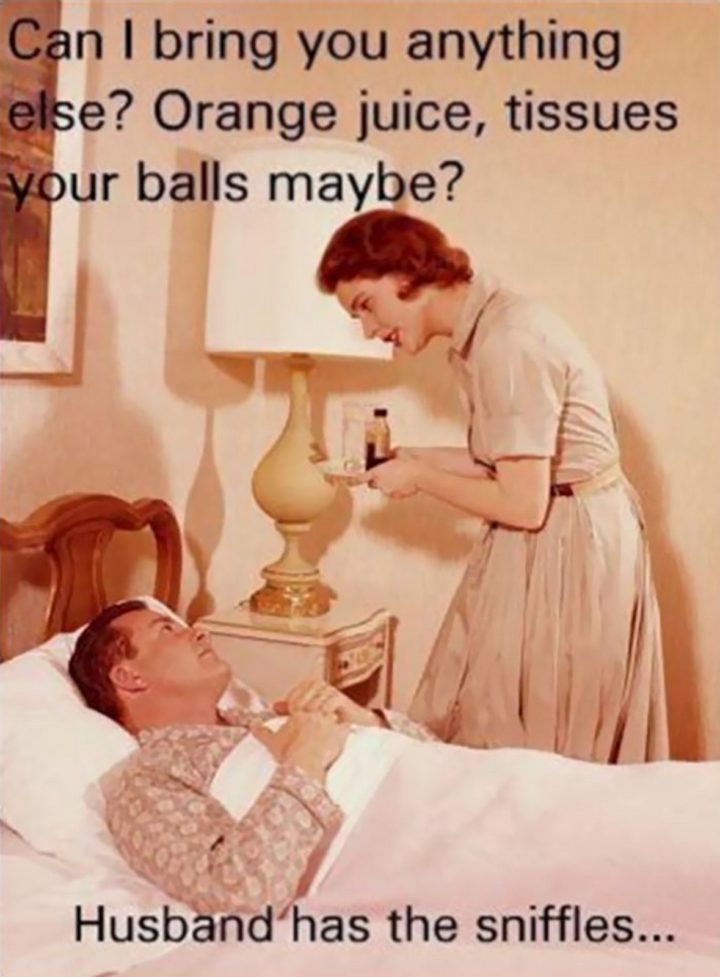 7) I approve this message.

8) Life is short so get out there!

9) Don’t forget some wine too. 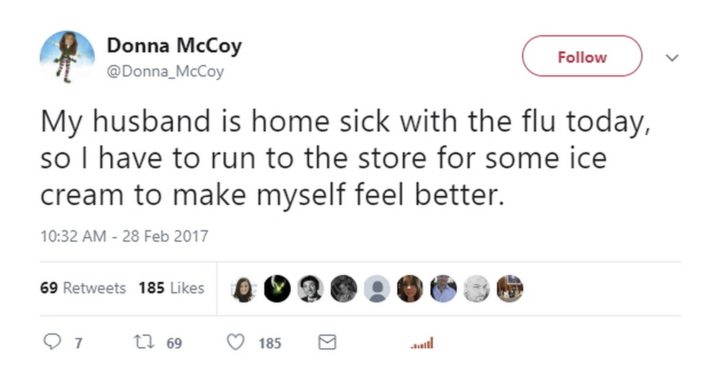 10) Instead of man flu, they should just call it man dying. 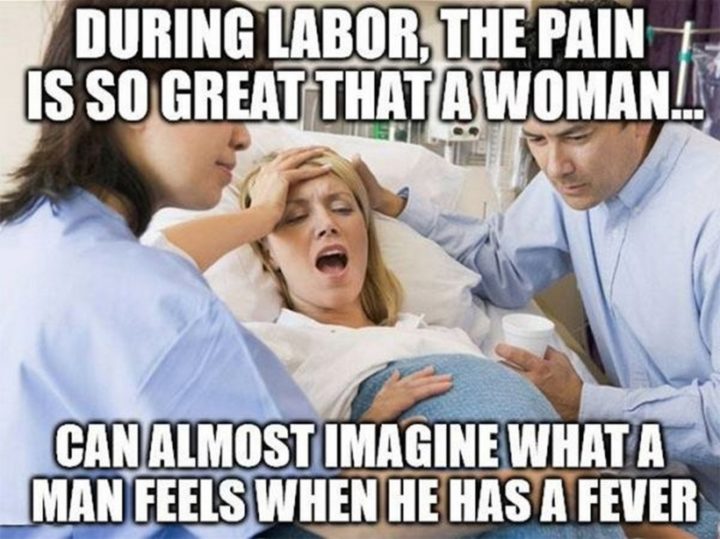 If your big and burly man turns into a big baby when he catches a cold, you may want to learn how to set up Medical ID on his iPhone. Please share these funny tweets and memes about husbands catching the man flu with your friends and family. 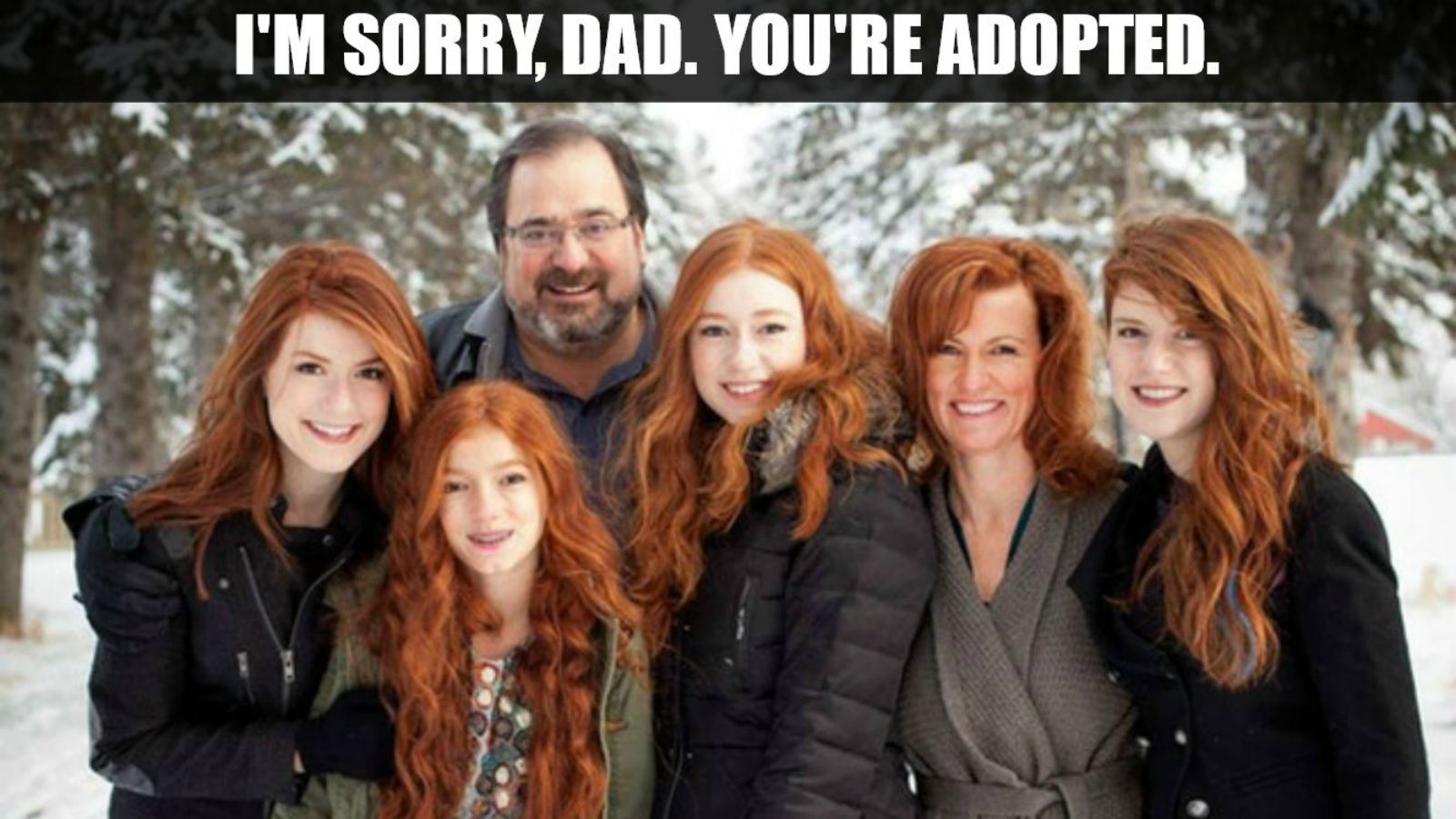 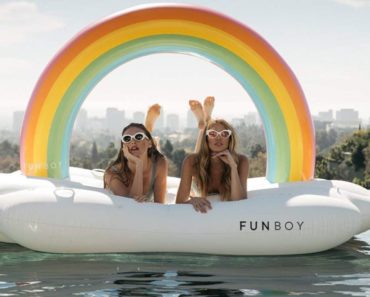