Fourth of July is a special time to celebrate our country, reflect on its past, and look ahead to the future. For many American families, that also means fireworks, barbecues, maybe a few 4th of July quotes, and lots and lots of red, white, and blue.

Whether you’re celebrating America’s birthday or just enjoying a long weekend, we gathered some great quotes about Independence Day to help get you in the spirit! These 51 patriotic quotes capture the spirit of Independence Day perfectly. Happy 4th of July!

1) “A patriot must always be ready to defend his country against his government.” – Edward Abbey

2) “We can’t all be Washingtons, but we can all be patriots.” – Charles F. Browne

3) “America is a tune.  It must be sung together.” – Gerald Stanley Lee

4) “America is another name for opportunity.” – Ralph Waldo Emerson

7) “We’re blessed with the opportunity to stand for something, for liberty and fairness. And these are things worth fighting for, worth devoting our lives to.” – Ronald Reagan

8) “The patriot’s blood is the seed of freedom’s tree.” – Thomas Campbell

9) “You cannot separate peace and freedom. Because no one can be at peace unless he has his freedom.” – Malcolm X

Patriotic quotes that unite us.

10) “The essence of America — that which really unites us — is not ethnicity, or nationality, or religion. It is an idea — and what an idea it is: that you can come from humble circumstances and do great things. That it doesn’t matter where you come from, but where you are going.” – Condoleezza Rice

11) “The fact is, with every friendship you make and every bond of trust you establish, you are shaping the image of America projected to the rest of the world.” – Michelle Obama

12) “The American flag represents all of us and all the values we hold sacred.” – Adrian Cronauer

13) “For change often seems impossible until it is inevitable. Just as we must own our lives, we must own our country. For, we, the people, are ultimately in control of the America’s story.” – Valerie Jarrett

14) “America is full of success stories featuring victories by the underdog.” – Mike Gallagher

16) “The fact is: It’s true what they say about the United States. It is a land of opportunity. It is too various to get bored with it.” – Christopher Hitchens

17) “It’s important that we establish that we are a country that has open arms and not closed borders for people. It’s important because we let people know why America is what it is. It’s about an ideal and that ideal is freedom for everybody.” – Oprah Winfrey

18) “In America, nobody says you have to keep the circumstances somebody else gives you.” – Amy Tan

19) “Independence Day: freedom has its life in the hearts, the actions, the spirit of men and so it must be daily earned and refreshed – else like a flower cut from its life-giving roots, it will wither and die.” – Dwight D. Eisenhower

20) “The history of free men is never really written by chance but by choice; their choice!” – Dwight D. Eisenhower

23) “It will be celebrated with pomp and parade, bonfires and illuminations from one end of this continent to the other.” – John Adams

24) “I know not what course others may take; but as for me, give me liberty or give me death!” – Patrick Henry

26) “Let every nation know, whether it wishes us well or ill, that we shall pay any price, bear any burden, meet any hardship, support any friend, oppose any foe, to assure the survival and success of liberty.” – John F. Kennedy

28) “My dream is of a place and a time where America will once again be seen as the last best hope of earth.” – Abraham Lincoln

For the love of America…

30) “I love America more than any other country in this world, and, exactly for this reason, I insist on the right to criticize her perpetually.” – James Baldwin

31) “We must be free not because we claim freedom, but because we practice it.” – William Faulkner

32) “My favorite thing about the United States? Lots of Americans, one America.” – Val Saintsburt

33) “Observe good faith and justice toward all nations. Cultivate peace and harmony with all.” – President George Washington

34) “Only in America can someone start with nothing and achieve the American Dream. That’s the greatness of this country.” – Rafael Cruz

35) “Our small ears never had such a workout as on the Fourth of July, hearing not only our own bursting crackers but also those of our friends, and often the boom of homemade cannon shot off by daring boys of 16 years, ready to lose a hand if it blew up.” – Paul Engle

36) “Patriotism is supporting your country all the time and your government when it deserves it.” – Mark Twain

37) “We are called the nation of inventors. And we are. We could still claim that title and wear its loftiest honors if we had stopped with the first thing we ever invented, which was human liberty.” – Mark Twain

38) “People in power are trying to convince us that the villain in our American story is each other. But that is not our story. That is not who we are. That’s not our America. Our United States of America is not about us versus them. It’s about We the people!” – Kamala Harris

39) “That is truly beautiful and encouraging aspect of freedom; no one struggles for it just for himself.” – Fanny Lewald

40) “The United States is the only country with a known birthday.” – James G. Blaine

41) “Then join hand in hand, brave Americans all! By uniting we stand, by dividing we fall.” – John Dickinson

42) “There is nothing wrong with America that cannot be cured by what is right with America.” – Bill Clinton

4th of July quotes and sayings for freedom.

43) “I’d like to be remembered as a person who wanted to be free and wanted other people to be also free.” – Rosa Parks

44) “In the truest sense, freedom cannot be bestowed; it must be achieved.” – Franklin D. Roosevelt

45) “In the unlikely story that is America, there has never been anything false about hope.” – Barack Obama

47) “America was not built on fear. America was built on courage, on imagination and an unbeatable determination to do the job at hand.” – President Harry S. Truman

48) “We on this continent should never forget that men first crossed the Atlantic not to find soil for their ploughs but to secure liberty for their souls.” – Robert J. McCracken

49) “What brings us together as Americans is so much stronger than anything that can tear us apart.” – Joseph R. Biden, Jr.

50) “Where liberty dwells, there is my country.” – Benjamin Franklin

51) “You have to love a nation that celebrates its independence every July 4th, not with a parade of guns, tanks, and soldiers who file by the White House in a show of strength and muscle, but with family picnics where kids throw Frisbees, the potato salad gets iffy, and the flies die from happiness. You may think you have overeaten, but it is patriotism.” – Erma Bombeck

I hope you enjoyed these 4th of July Quotes!

Please share these 51 Happy 4th of July quotes with your friends and family. 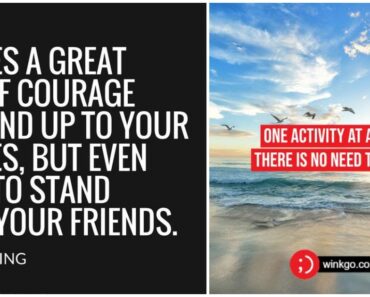 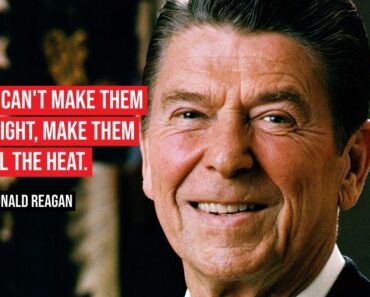 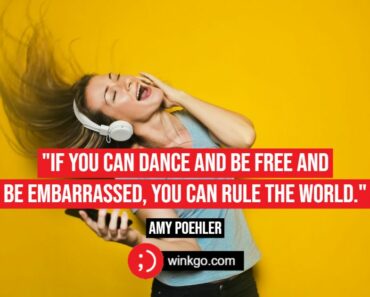