Pokémon Go was the hit of the summer buy many people don’t realize that the first Pokémon game was first introduced on Nintendo’s Game Boy in 1996. Fast forward to 2016, and many people were out catching Pokémon with their friends on their smartphones.

If you’re planning a Pokémon Go themed party after a day of catching Pokémon in the outdoors, these Vodka Cherry Poké Balls from BigEatsBen would be a hit. Here is the Instructables:

All you need to make vodka cherry Poké Balls is your favorite vodka and gummies such as the ones pictured. 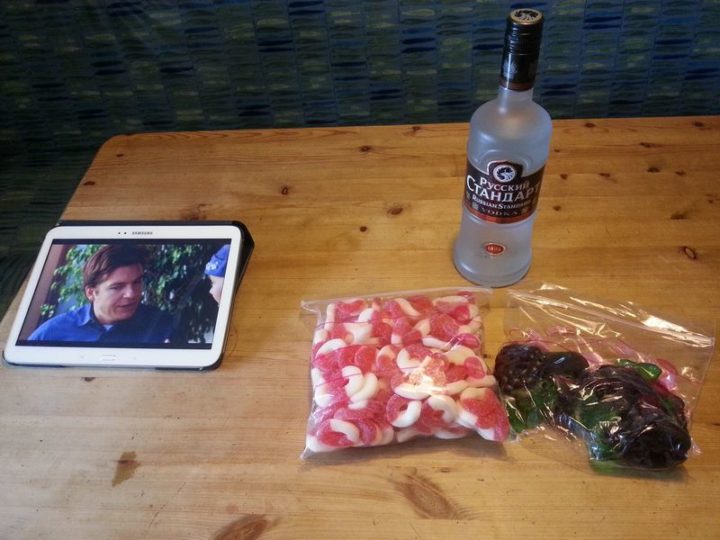 About 2 pounds of gummies should do.

Basically, you want red and white colors so start by chopping these in halves. 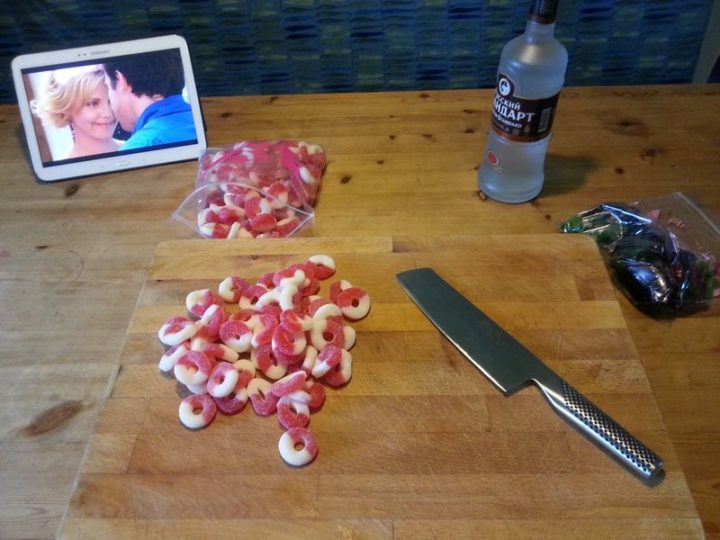 You should end up with a couple of handfuls for each. 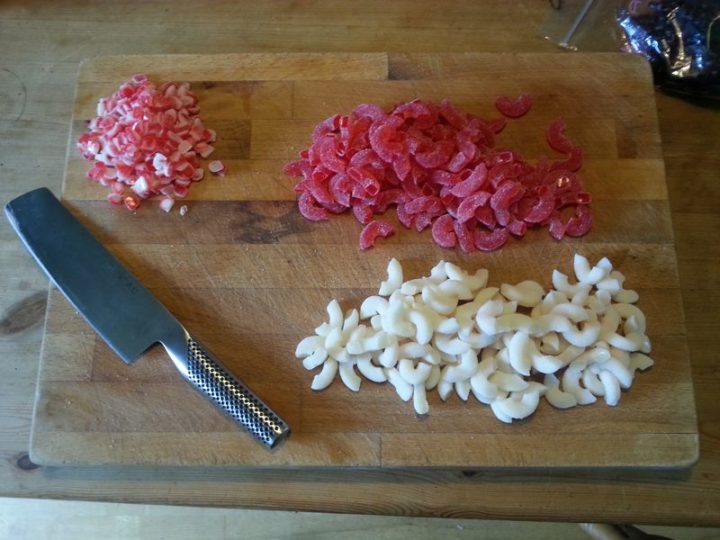 Cake pop trays are perfect for this. 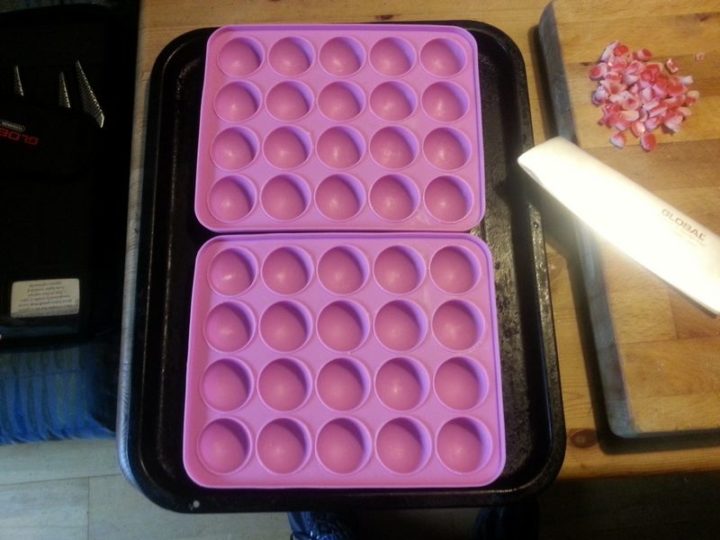 Normally cake pop trays have one side with holes in them so you’ll need two sets. Amazon has a great set of 20 Silicone Tray Pop Cake Stick Mould

Begin by melting the white pieces on low heat and stir until thoroughly melted. 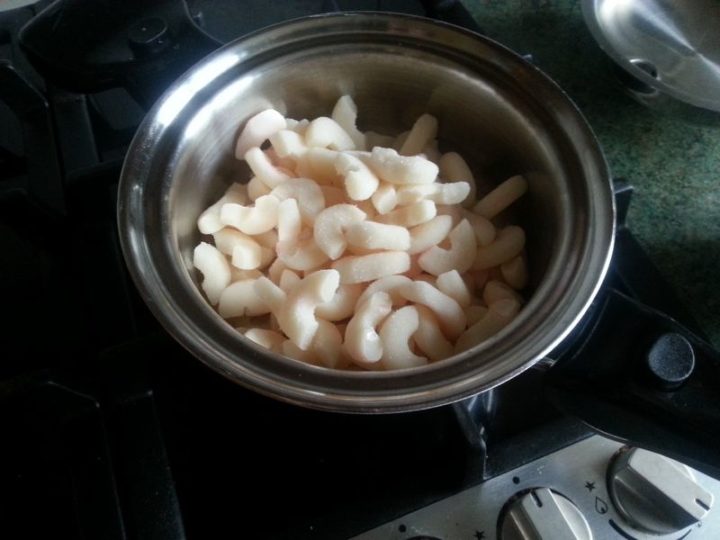 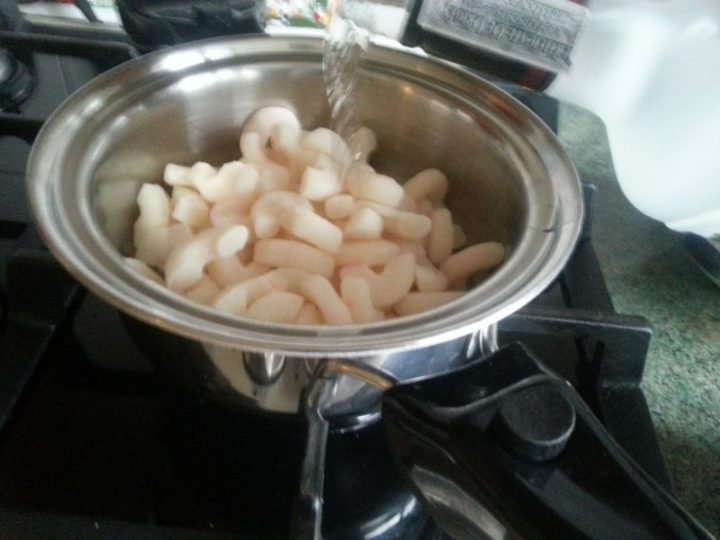 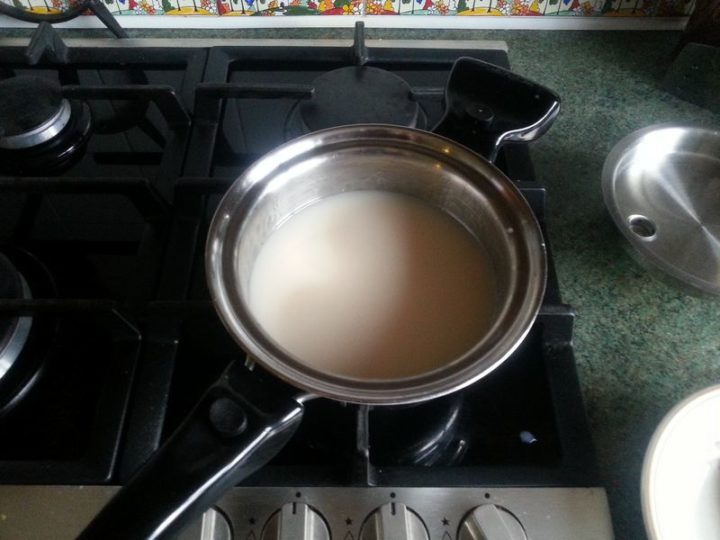 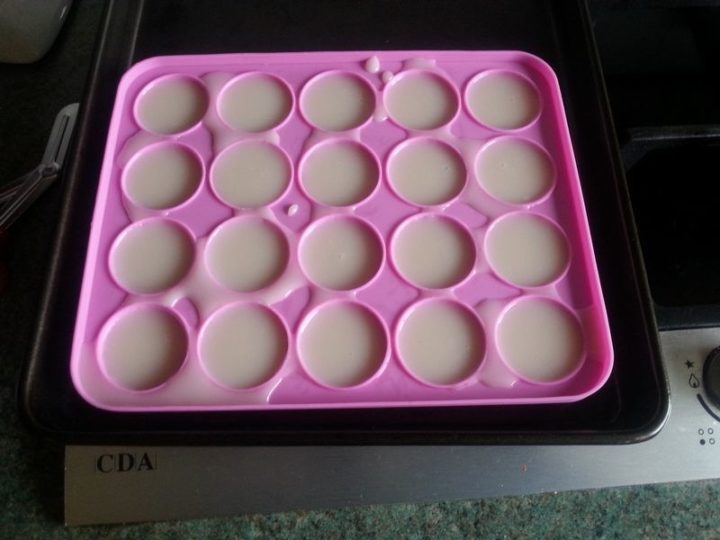 Save any remaining liquid, you’ll need it for the last step. 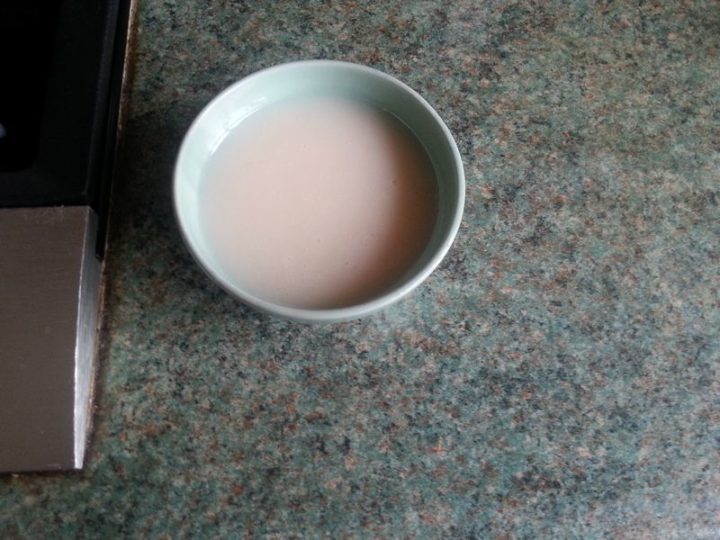 For the purple color, gummy grapes were used; therefore, just remove the green parts and discard. 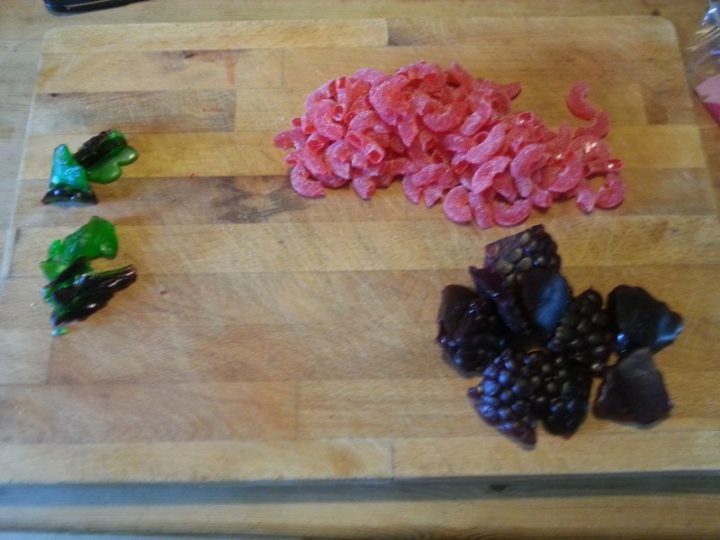 Melt the red pieces and add 150 Milliliters of vodka. Pour into the mold when melted. 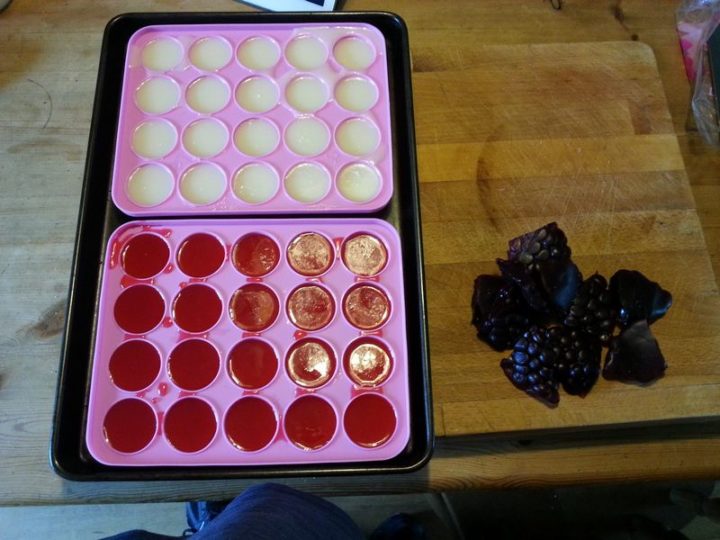 Melt the grape or purple pieces on low heat. Only need to add a teaspoon of vodka.

Pour a small layer of melted purple gelatin over both red and white halves.

Put the molds in the freezer for an hour. 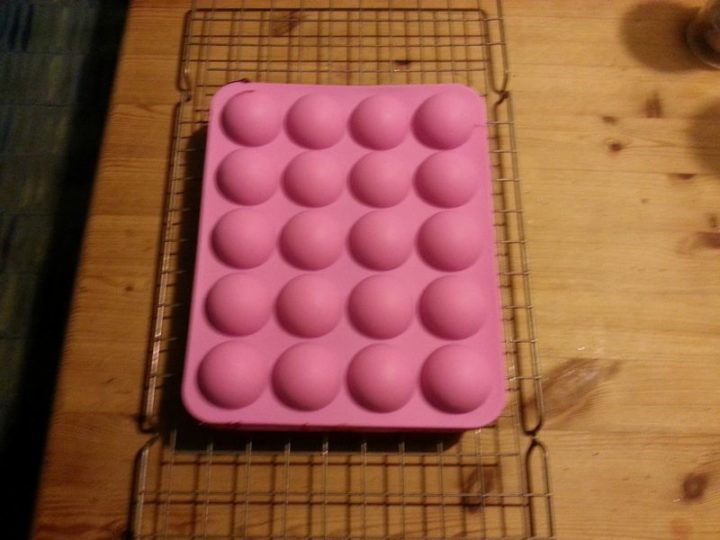 Carefully assemble the two halves together. They’ll go back in the freezer once decorated. 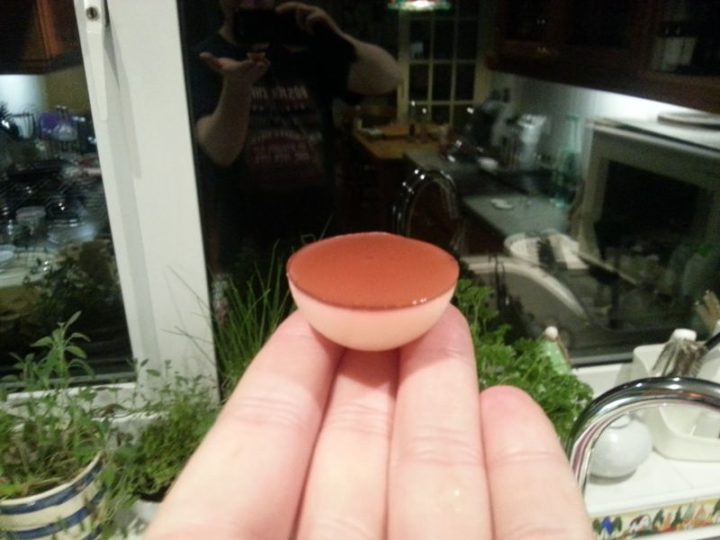 Melt the leftover white gelatin to make a white button. 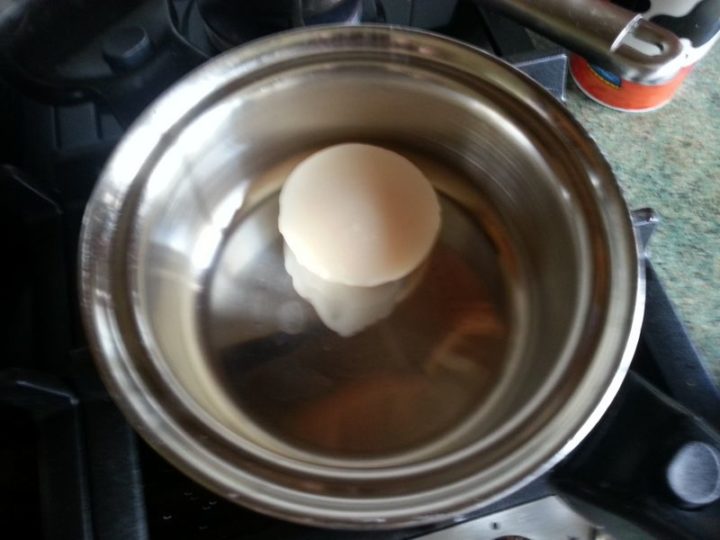 A melon baller should work well for this. 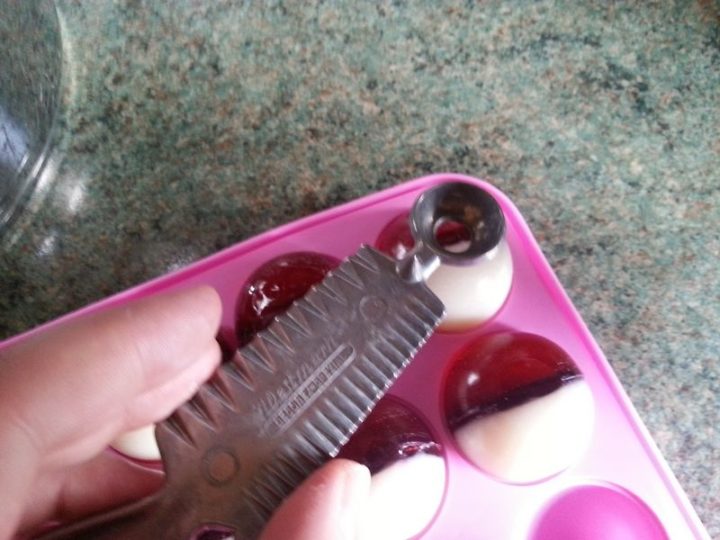 Store them in the fridge for a few hours before serving. 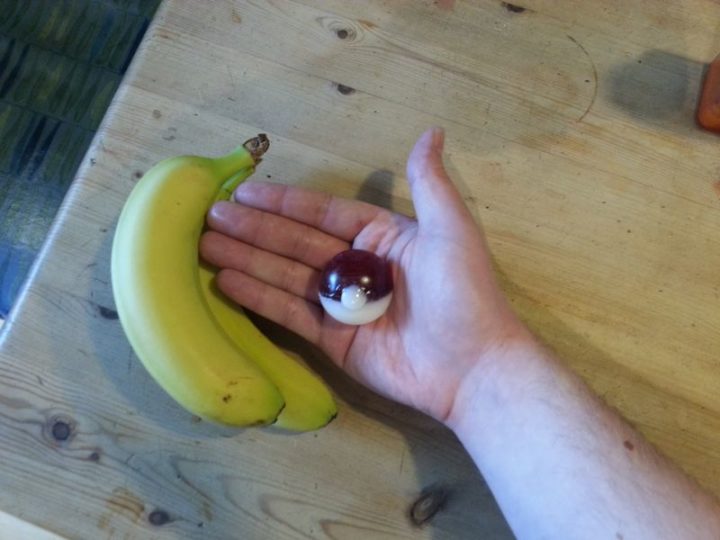 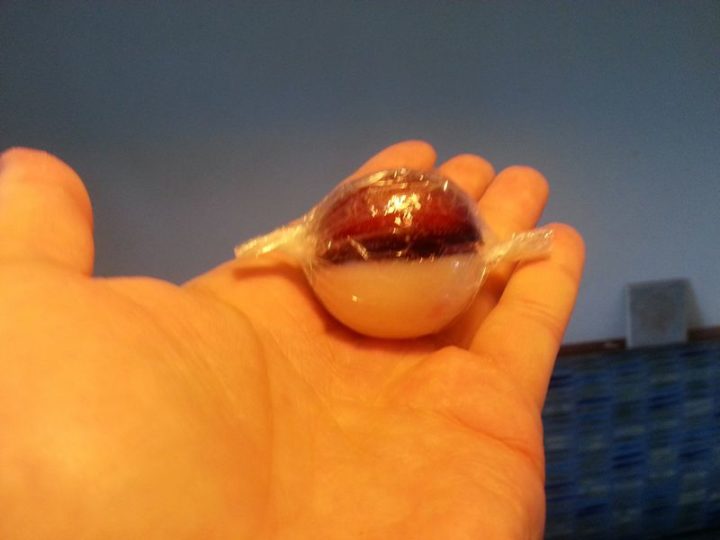 Pokémon is a hugely popular video game franchise and I know a few fans that would love these. Please share this recipe for vodka cherry poké balls with your friends and family. 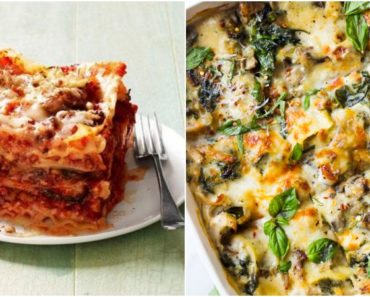 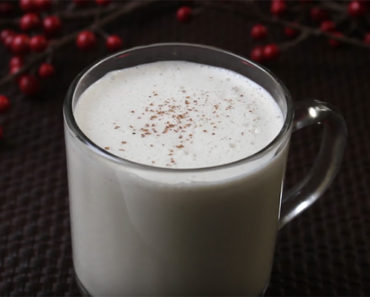 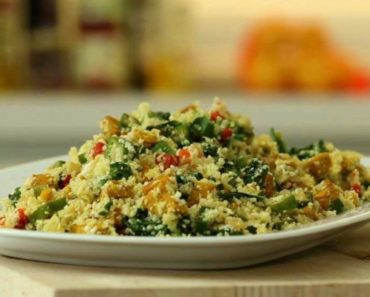