One of the most popular TV series on Netflix is ‘The Office’ and for good reason. ‘The Office’ is funny, has an incredible cast of characters, the writing is sharp and clever, and there are TONS of memes! The show ran from 2005 to 2013 for a total of nine seasons but remains a classic with binge-watchers across America.

Ok, I’ll just come out and say it, ‘The Office’ is the best thing on TV and millions of fans agree with me. Again, because of its popularity, you can bet that there are a lot of memes. We’ve scoured the interwebs for the best ‘The Office’ memes we could find and hope you enjoy all 57 of them!

“When you tag your friends on a meme and they don’t respond: Sorry I annoyed you with my friendship.”

4) Is it me or does Dwight always look serious in ‘The Office’ memes?

“My 8 yr old neighbor saw my new keychain and said ‘Is that your new boyfriend?????'”

“Are you still watching ‘The Office (U.S.)’? [Continue watching or Exit] Did I stutter?”

Monday blues? Here, get your dose of Monday memes.

“Me when I burn myself on some food and then wait two seconds to go in for another bite even tho I know it’s too hot: I am ready to get hurt again.”

9) ‘The Office’ memes prove all work and no play makes you a dull boy.

“Catch you on the flippety-flip.”

“Corporate needs you to find the differences between this picture and this picture. They’re the same picture.”

11) ‘The Office’ memes wouldn’t be complete without Jim and Pam memes.

“Don’t claim you know hip hop if you don’t know who these two are.”

“Everyone talks about how Jim and Pam are goals but don’t forget that Bob Vance bid $1000 just to hug Phyllis.”

“Fact: You are reading this in my voice.”

“The Office fans arguing over who has watched it more times. Thirty-one! 31! Thirty-one is humanly impossible. I watch the whole series once a month. 31 is my number. That’s impossible. Beat it!”

“Friend: Wanna go out tonight? Me: I’m got plans. Me: Watching The Office.”

“Her: He’s probably thinking about other girls. Him: How come in season 4 Pam says she pretended to have PMS to get out of playing volleyball in gym class but then in season 5 she is an absolute volleyball weapon at the picnic?”

“‘When I leave work, I’m gonna hit the gym, fold the laundry, get some cleaning done and cook food.’ Me for 4 hours after getting home.”

“I watched through the entire series about 10 times. This is the first time I noticed Michael putting sugar into diet soda.”

“If you ‘Face-Swap’ Kevin with Ted Cruz, they are actually the same person.”

23) ‘The Office’ and memes are the only reason to have Netflix.

“Having Netflix is basically me paying a monthly subscription to own The Office DVDs.”

“Jim: You said I’d be conducting the interview when I walked in here – now exactly how much meth did you take?! Dwight:”

“When you keep making new accounts for free trials.”

“You don’t like the hats? They’re terrible. I hate myself.”

“I snuck out my phone during lecture and immediately received this…cue the x files theme.”

“The magician from season 9 of ‘The Office’ is played by the same actor that plays Murray from ‘Stranger Things.'”

“Me roaming the halls between classes and spotting my friend in another class.”

“Me: There are new shows on Netflix. Inner Me: Rewatch The Office memes.”

“When I meet someone new and they quote memes from The Office.”

“Public school dress code: I noticed you’re wearing open-toed shoes. Since when did you become a whore?”

“Office noobs: ‘I just finished The Office memes for the first time!’ Office fanatics: Congratulations on your one-series viewing. I have 70, each one better than the last.”

“There’s only one person who can save the Spider-Man franchise now.”

“The original ‘You vs the guy she tells you not to worry about.'”

“Out of the countless times Jim looks at the camera, this will always be my favorite.”

“Person: You can’t watch 9 years’ worth of television in 2 weeks. Me: You have no idea how high I can fly.”

Knowing her school would never print the actual quote in the high school yearbook, she instead put ‘The Office, season 7, episode 19, minute 14:45’ If you watch the episode at that exact time, it’s a scene where Michael Scott says, “Should have burned this place down when I had the chance.” Clever girl.

“The American version of The Office memes are better than the UK version. How does that make you feel? Really [censored] rich.”

“Roses are red I have a confession the stress of my modern office has caused me to go into a depression.”

“[shivers] I am so cold. That’s because you didn’t bring a jacket.”

“Small sound, safe. Big sound, not safe. Why waste time saying a lot of words when few words do trick?”

“So Jan, you went to a sperm bank? Yes, I did. I’ve donated sperm. Oh. Maybe I’m the father. Well, this is a highly exclusive establishment. Next to the IHOP?”

“When someone asks Pam to make copies even though she’s moved on to sales.”

“When boys surprise you with a kiss.”

“If you take a ‘What character from The Office are you’ quiz and get Michael, so you retake it, changing your answers until you get Jim…you’re definitely Michael.”

“The cast of The Office look like they are about to drop the hottest software update of 2007.”

“When boys bite their lips.”

“Me trying to convince someone that The Office memes get better after season 1.”

I hope you enjoyed this compilation of ‘The Office’ memes!

If you enjoyed these funny memes, don’t miss these equally funny Michael Scott quotes. Please share these 57 ‘The Office’ memes with your friends and family. 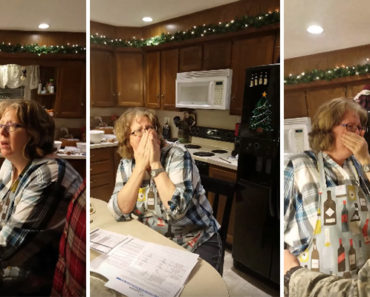 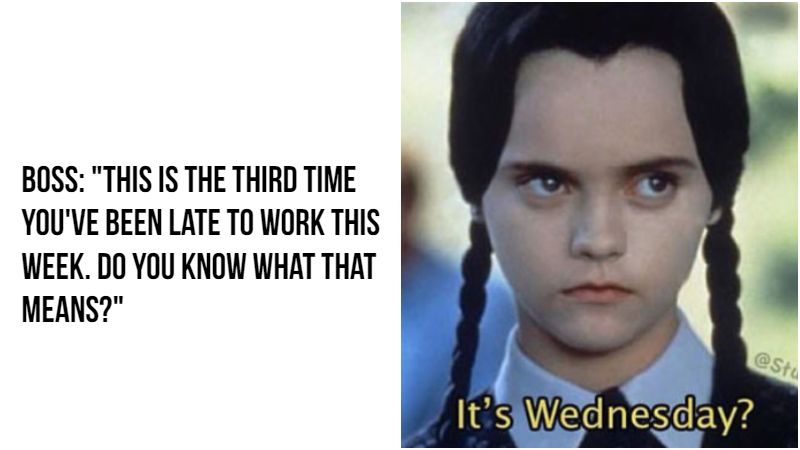 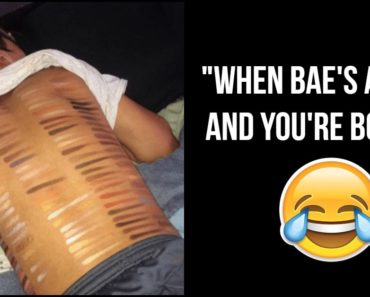