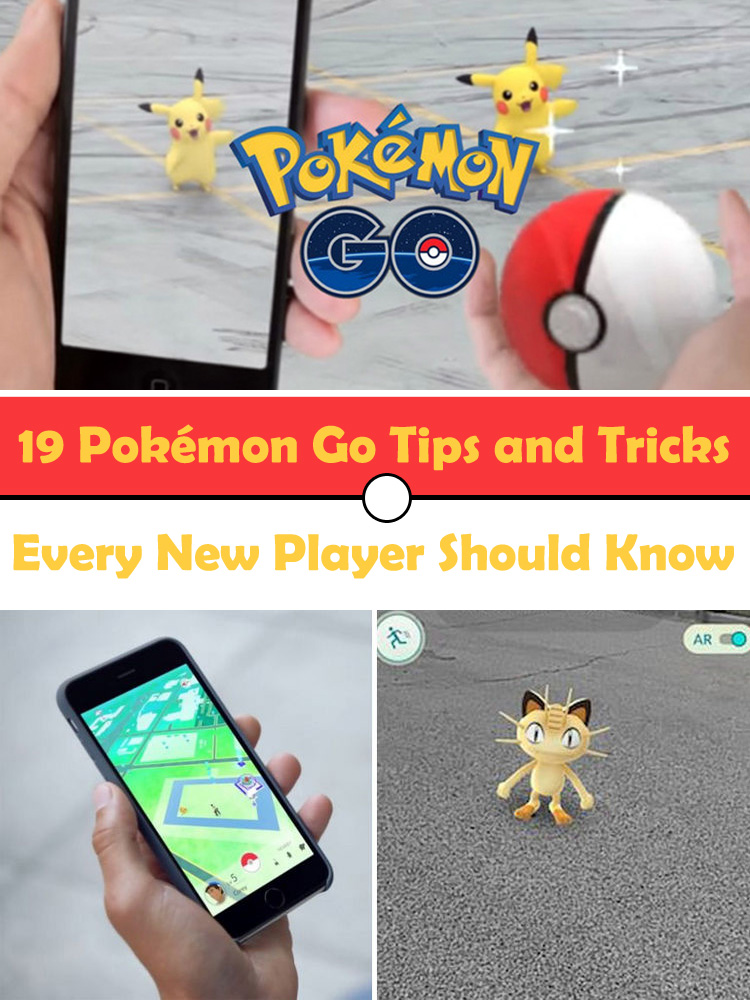 Can you believe that fans of Pokémon have been “catchin’ them all” for 20 years! 2016 is the 20th anniversary of Nintendo’s Pokémon phenomenon and they recently released ‘Pokémon GO’ for mobile and it is taking the world by storm.

Only 7 days after its release, the game has amassed more users in the United States than Tinder and Twitter. According to Bloomberg, daily usage is an average of 43 minutes per day and Pokémon Go usage exceeds WhatsApp, Instagram, Snapchat, and even Facebook!

If you’re new to catching Pokémon or even a seasoned Pokémon player, the following 19 Pokémon Go tips and tricks will hopefully help you “catch ’em all!” 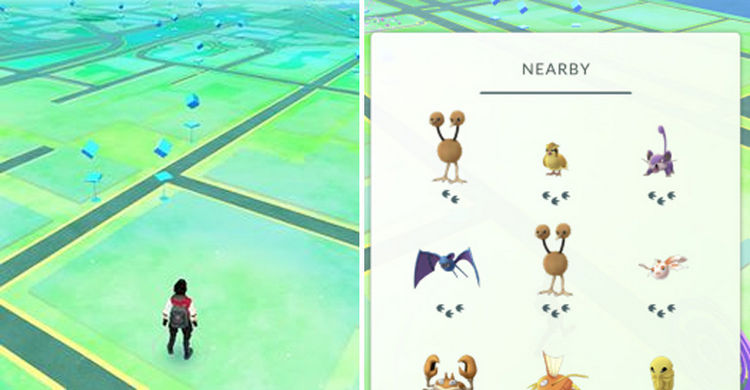 When you look for Pokémon nearby, you may notice tiny footprints below them. When you first turn on the app, it retrieves you GPS position and maps out Pokémon around you. The ‘Nearby’ screen is a scanner that let’s you see how many Pokémon are around and how far away they are from you. Generally, 1 footprint would equate to about 300 feet in either direction the Pokémon nearest you would appear in the upper left corner of the ‘Nearby’ screen.

2) Recovering your data if the app crashes 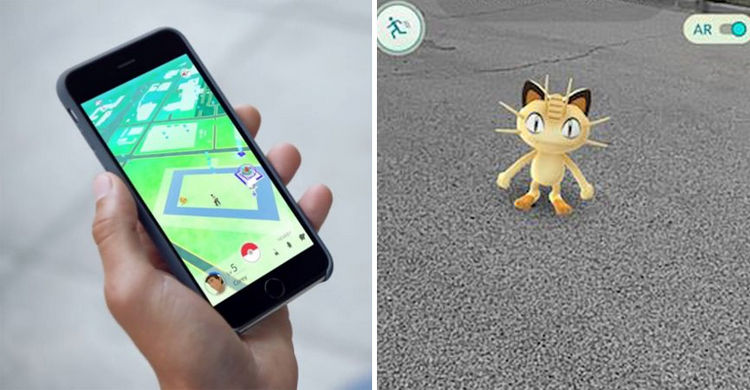 Nintendo and developer Niantic are very pleased with the response from users but their servers have been struggling to keep up with millions of users signing up every day. Having millions of users in only a week after its release is a good problem to have but Niantic engineers are working around the clock to ensure the gameplay moves smoothly.

Because data is saved to Niantic’s servers in real-time, your PokéDex and progress data is not lost but your app may not load it properly after crashing. The best way to start playing with stats you had before the crash is to close the app completely and open it up again. This will begin a new connection and it should have all your saved data loaded properly.

3) Catch each and every Pokemon you can. 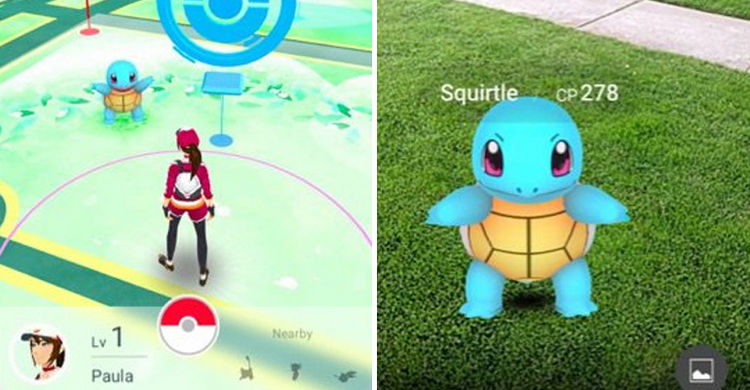 Sure, it can get tedious catching the same Pokémon every single time but but low-level Pokémon still awards you with XP and other items like stardust and candy. The more candy you can collect, the easier it makes to evolve and power-up your Pokémon. If you have too much of a certain kind of Pokémon, you can trade duplicates in exchange for candy. 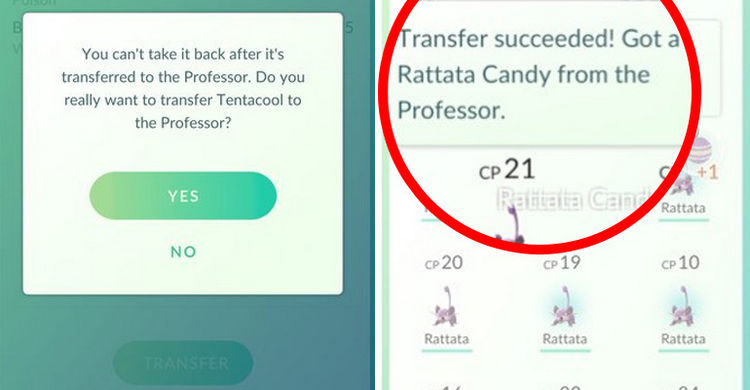 Unlike previous Pokémon games, you can’t release similar Pokémon back into the wild. In Pokémon Go, you transfer them to Professor Willow in exchange for ‘candy.’ Begin by choosing the Pokémon you want to exchange when in Pokémon viewer, and selecting ‘transfer’ to transfer it to the Professor. Candies you receive can do everything from increase your combat power to forcing evolutions. 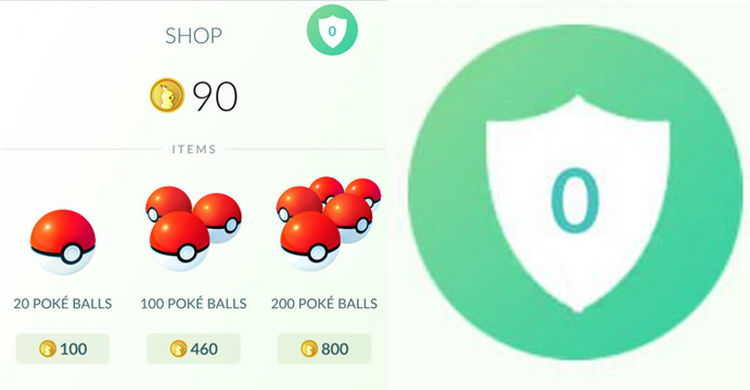 Pokémon Go is a free app but it does allow you to purchase additional Poké Balls and other items you may want. There are some daily freebies though if you click on the ‘shield’ icon in the upper right on the shop screen. As an added bonus, if you forget to collect your daily free item, the app will keep track of them for you and the shield will display how many remaining items left to collect.

6) Learn to identify the degree of difficulty for catching Pokémon. 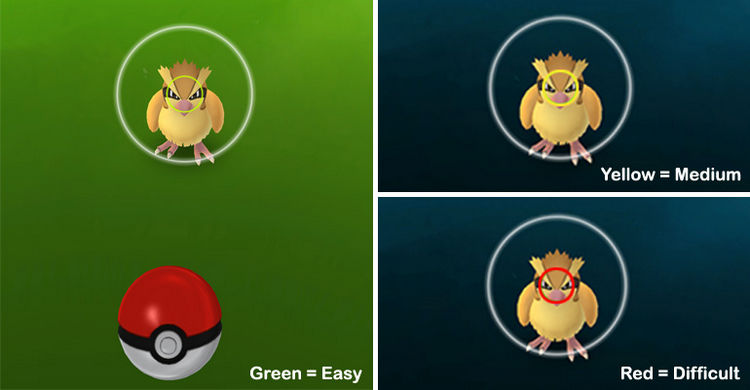 In previous Pokémon games, winning RPG-type battles helped you capture Pokémon. In Pokémon Go, all you have to do is swipe your finger right? Wait a minute, it’s not that easy!

When you encounter a Pokémon, if you see a pulsating green ring, throw your Poké Ball when the circle is smallest and you’ll have a good chance of catching it. When the rings are red or orange, this means that you’ll want to use a little strategy such as feeding them a Razz Berry that you can find or purchase along the way.

7) Throw a curveball for extra XP

If you want to impress your friends and gain a little extra points in the process, try throwing a curve. Hold down the Poké Ball with your finger and instead of swiping right away, turn your finger in a circular motion until it sparkles and throw it slightly away from the Pokémon depending on the direction you were spinning.

Learn how to throw a curveball for extra XP… 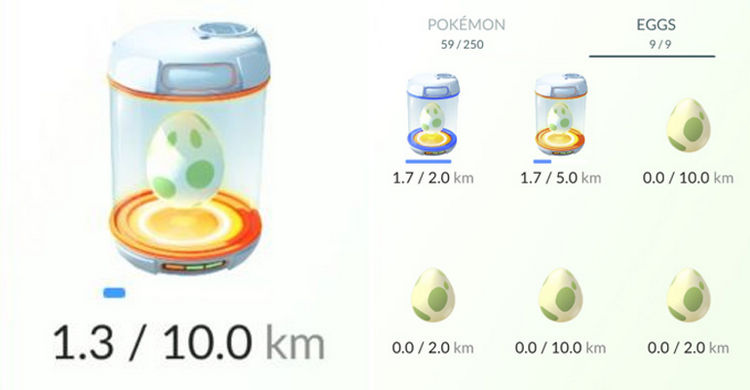 Eggs hatch after walking 2km, 5km, or 10km depending on the type of egg but if your app is closed or your phone is asleep, you’re out of luck. Make sure your phone is charged enough so that you don’t miss out on hatching eggs or tracking Pokémon around you.

9) Help give your phone battery a break 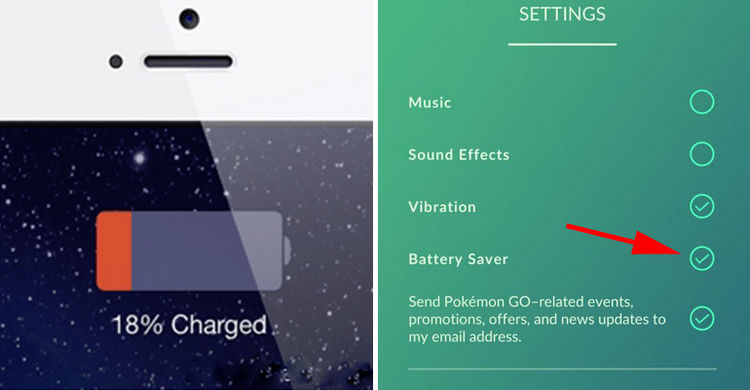 One of the most battery draining features of your phone is GPS. Because Pokémon Go requires GPS at all times to track your location, you’ll go through a battery charge faster than usual.

To help with this, there is a feature that you can enable called ‘Battery Saver’ and it will turn off the screen if you store your phone upside down (such as putting it in your pocket.) Because the app is still running, you’ll still hear a notification when you’re close to a Pokémon.

To enable it, tap the Poké Ball and select “settings” in the upper right corner and select ‘Battery Saver.’ 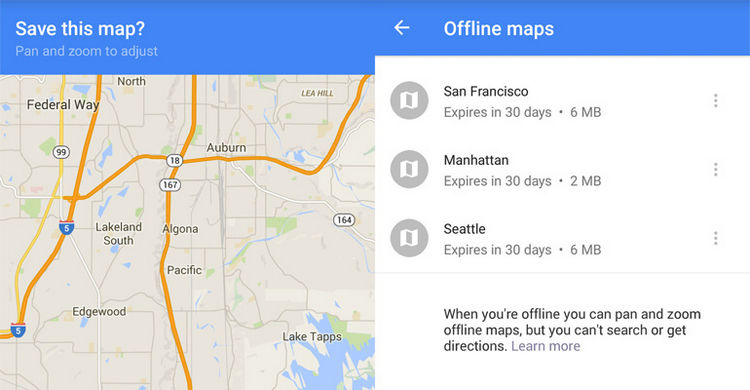 Help your battery even more by offloading some of the work of redrawing maps by using Google Maps offline mode.  Enabling offline mode also helps your other apps to function more efficiently as well.

If you have the Google Maps app installed on your phone, onen it and select the ‘settings’ menu.  Choose offline areas and  press the ‘+’ icon to draw a square around the area you’d like to download to your phone.

11) Take a break and let the Pokémon come to you. 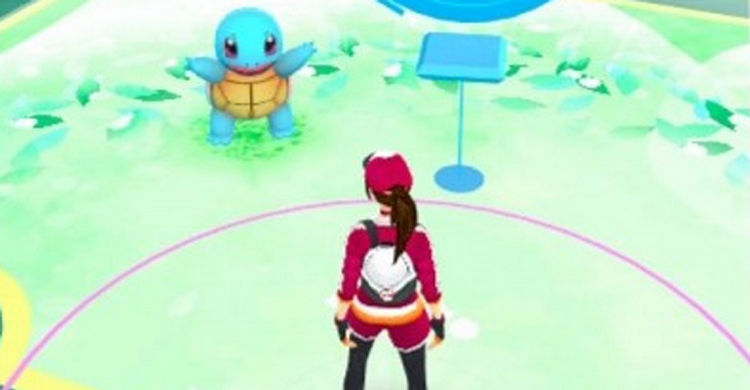 The developers of Pokémon Go tightly integrated the game with Google Maps so that the game recognizes if you’re near a lake of if you’re just walking around the city. Because the game is constantly fetching data based on your location, standing still for a few minutes every once in a while let’s the game catch up with you. You’ll be surprised by Pokémon that mysteriously appear and it’s your chance to catch ’em.

12) Rename your Pokémon anytime you want. 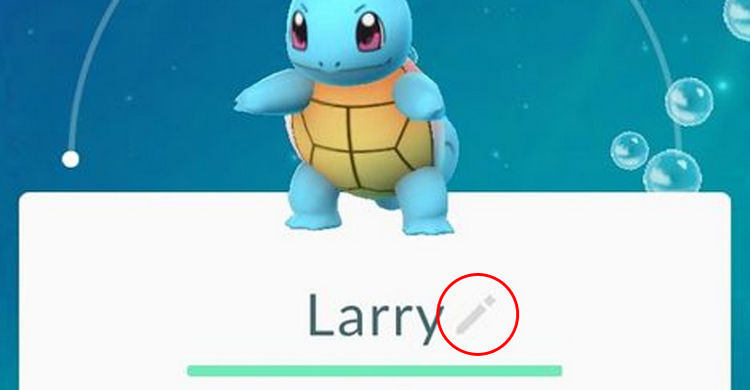 13) Before powering up your Pokémon, evolve them first. 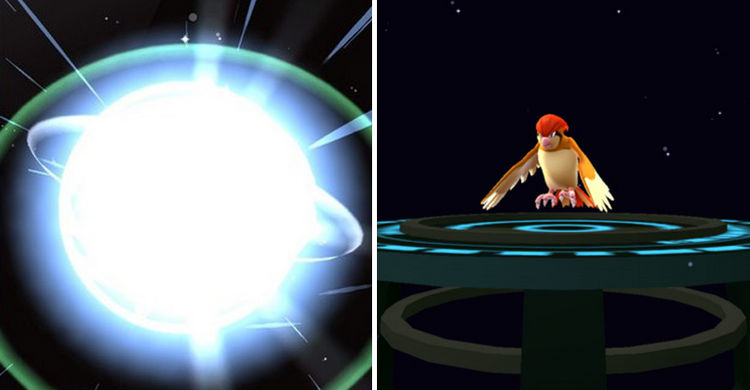 While the goal of Pokémon Go is to try to collect all 151 Pokémon in the game, growing them into newly-evolved species is also part of the fun. Every Pokémon has two parameters for you to increase, CP and HP. CP or combat points will measure how much damage your Pokémon will inflict during battles. HP or hit points will determine how much damage your Pokémon will endure before fainting.

While their is some debate over evolving Pokémon before powering them up, evolving your Pokémon first, then maxing out their CP seems to be a good strategy. 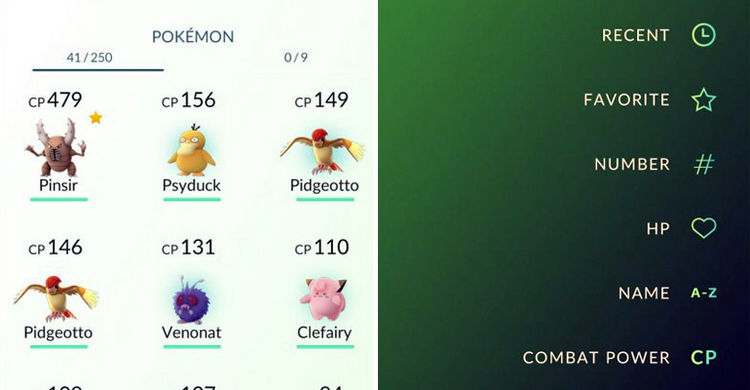 As you collect more and more Pokémon, the Pokémon submenu can quickly get disorganized. Make it easier to evolve or power up Pokémon by sorting them by name, combat power, HP, number, favorites, or by most recent.

To sort them, select the icon in the lower right corner of the main Pokémon menu and choose how you’d like to sort your Pokémon.

15) Start your adventure with the most famous Pokémon of all, Pikachu! 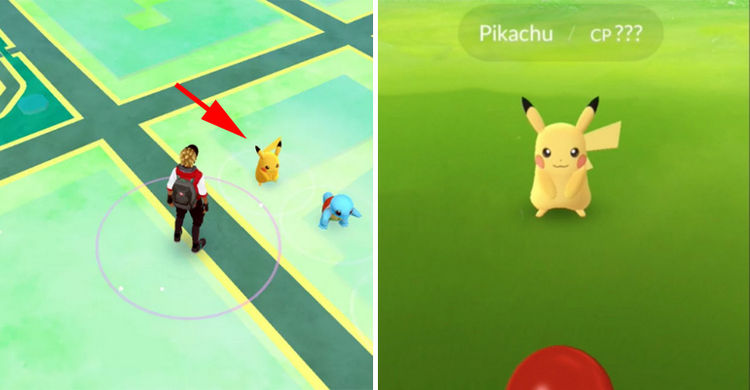 After you signup for your Pokémon Go account, Professor Willow will ask you to catch your first Pokémon which will usually be a Squirtle, Bulbasaur, or Charmander. These are classic favorites but if you’d prefer Pikachu,  walk away from them until your phone begins to vibrate. They’ll end up appearing again but walk away and continue the same process until Pikachu finally appears. Here is your chance to catch Pikachu as your starter Pokémon. 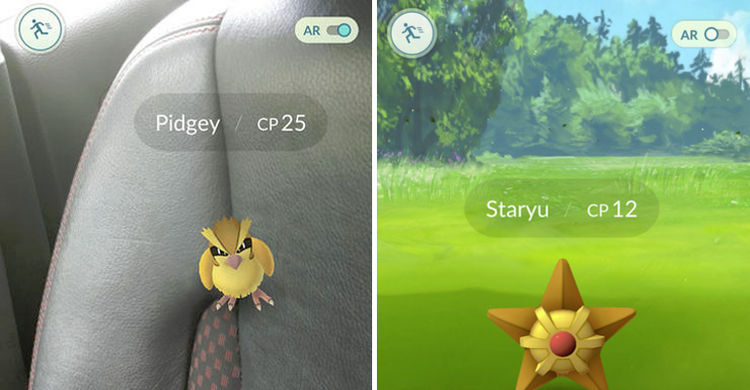 One of the neatest thing for new players of Pokémon Go is to see and catch Pokémon in the real world by using your phone’s camera. While using AR is cool, turning it off can make it easier to capture that annoying little Pokémon that always gets away.

To switch between AR and the virtual Pokéworld, click the ‘AR’ button while you’re in  capture mode.

17) Visit PokéStops whenever you can for free stuff. 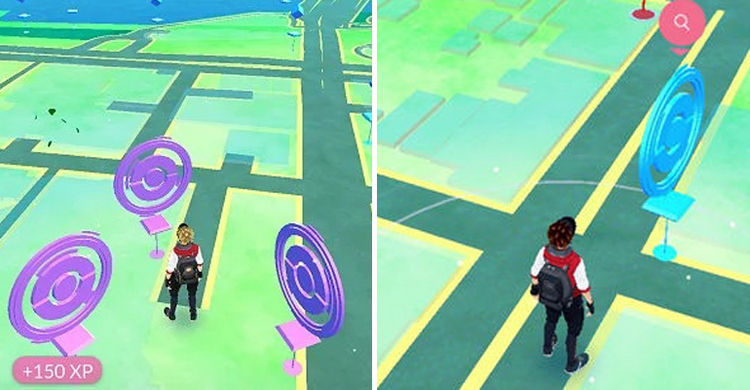 Pokémon Go is not only a great way to explore the outdoors, it also lets you visit landmarks designated as PokéStops in your area. Here, you can get eggs to hatch new Pokémon, Potions and Revives to heal the Pokémon you have, and various Poké Balls to help you catch more.

18) Use incense if you’re tired of walking. 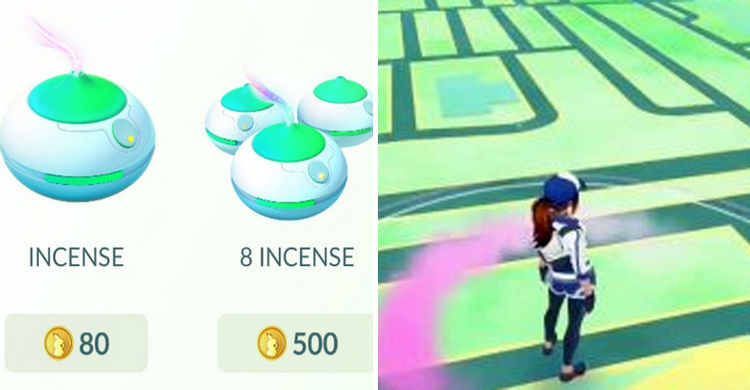 Luring Pokémon to you is a great way to find Pokémon you normally wouldn’t think of getting. You start off the game with 2 bottles of incense and you can earn or buy more. Use incense if you’d like to lure Pokémon to your area and each bottle lasts for 30 minutes. This should allow plenty of time to catch a few.

19) Use Pokémon Go Plus to catch Pokémon without using your phone. 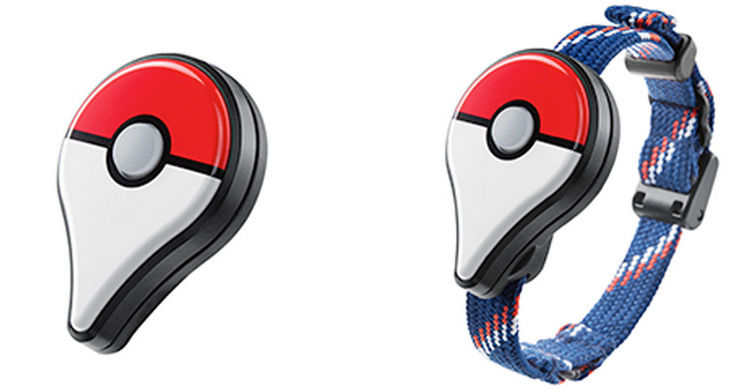 Instead of creating a watch app, Nintendo will be releasing a $34.99 add-on to help you catch Pokémon without using your phone. When you’re near PokéStops, items, or even Pokémon it will vibrate. You simply press the button to throw the Poke Ball.

A release date hasn’t been formally announced but it is expected to be released on July 31st, 2016. Getting your hands on one may be more difficult than catching Pokémon because pre-orders are sold out nearly everywhere.

The great thing about learning a new game is that you get to learn the game along with millions of other players. There will be tons of new tips and tricks in the future but these 19 Pokémon Go tips should help you get in the game and start catching Pokémon!

Please share these Pokémon Go tips and tricks with your friends and family! 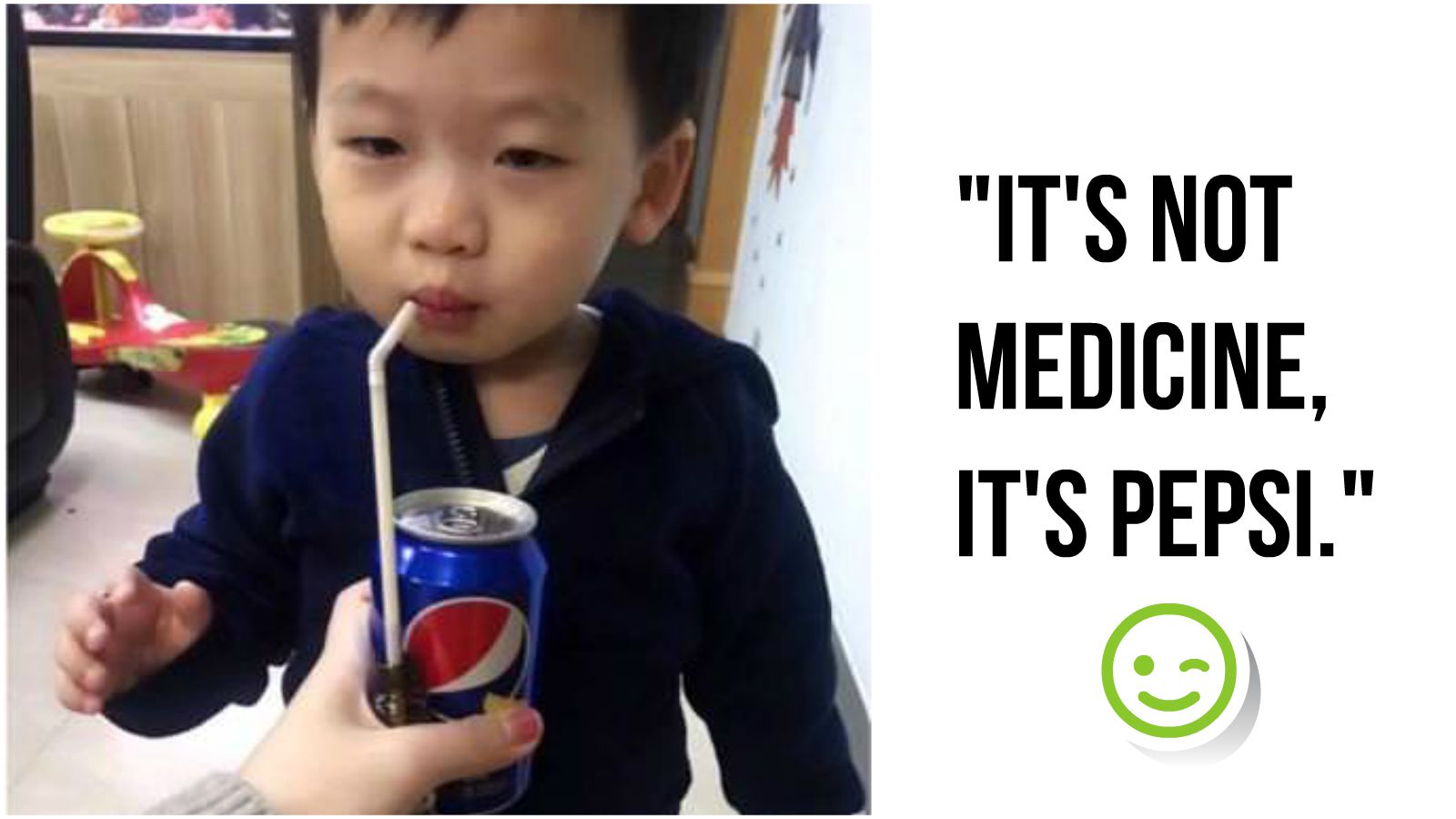 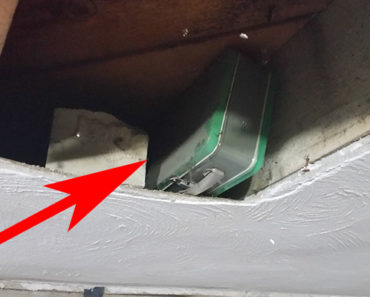 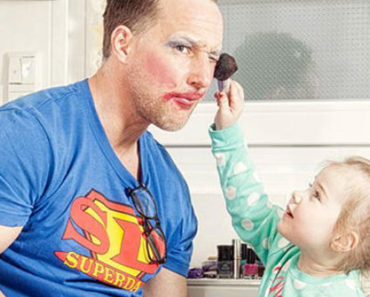