Many of us have probably wondered at one point or another what would happen to buildings, bridges, and other structures if humans were to leave a specific region or place. What would happen to all the magnificent things humans have built? Nature would simply reclaim it as it did with the abandoned fishing village of Houtouwan in China.

The Shengsi archipelago, at the mouth of China’s Yangtze river, consists of almost 400 islands  but one of the islands holds a secret village. Photographer Jane Qing, based in Shanghai, has taken hauntingly beautiful images of this region and showcases it’s tranquility.

A village once filled with people going about their daily lives is now being swallowed by nature. 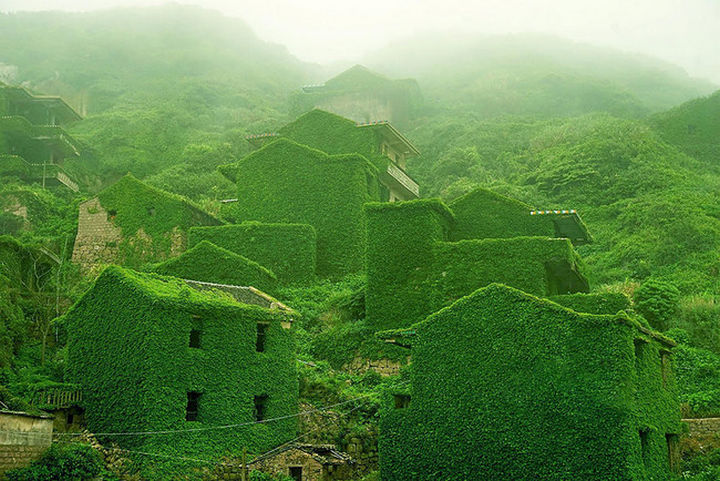 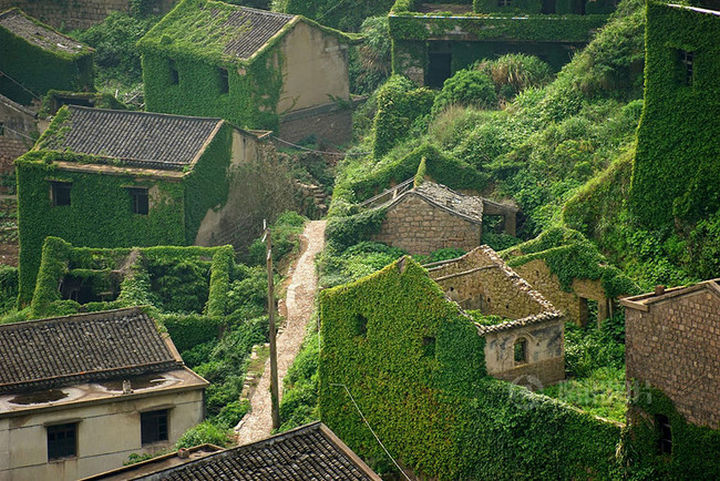 It’s unsure how long the island has been uninhabited but beautiful green plants wrap themselves around every structure. 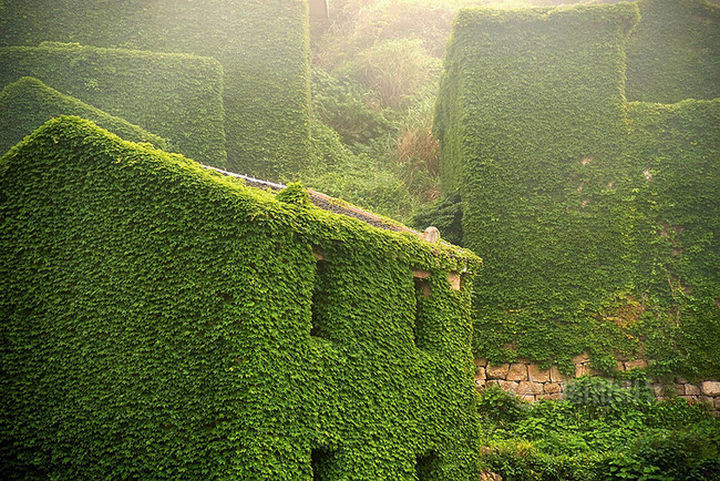 Generally, abandoned areas have a creepy feel to them but this town appears tranquil. 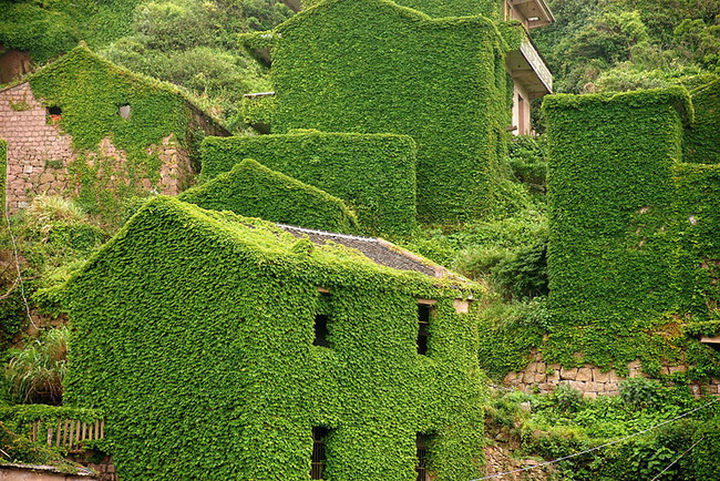 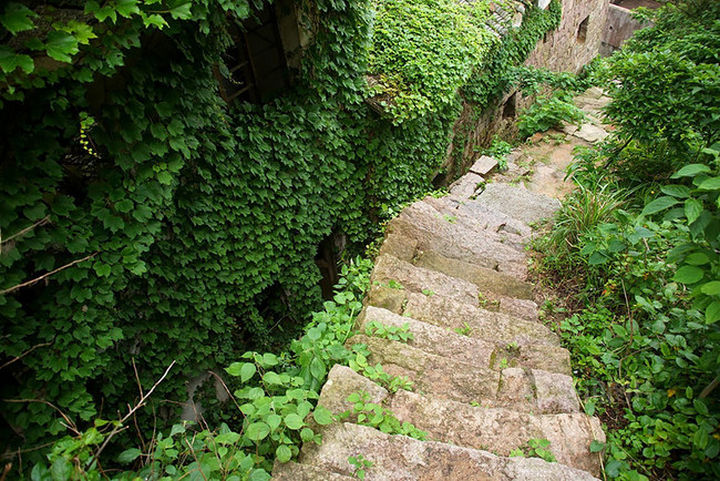 Mother nature is adding her personal touch to every square inch of hand-built structures. 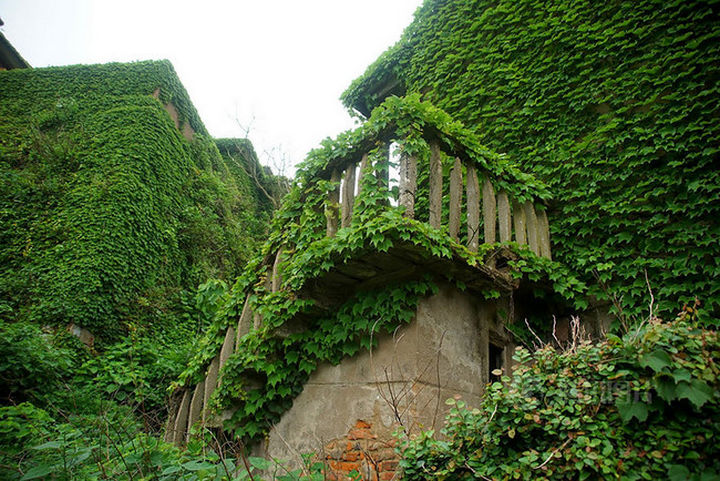 These fascinating photos were taken by Shangai-based photographer, Zhou Jie. 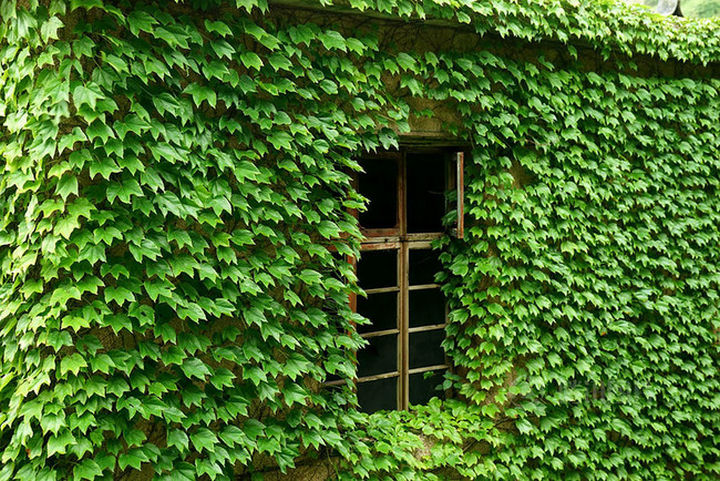 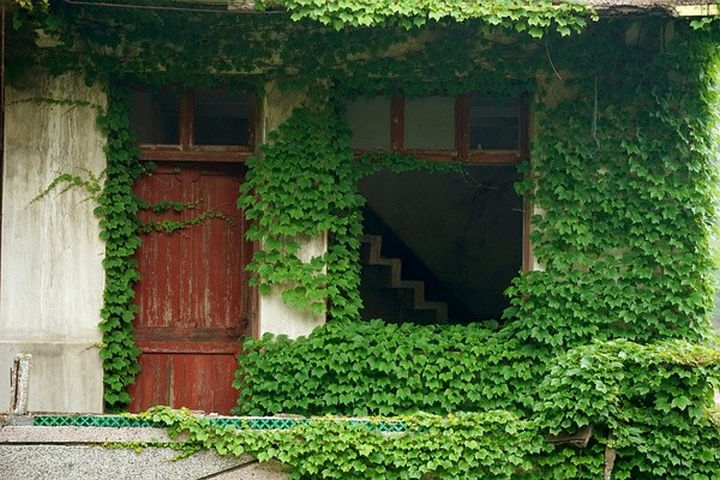 Moss is covering nearly every roof and will continue growing until the structures are completely covered. 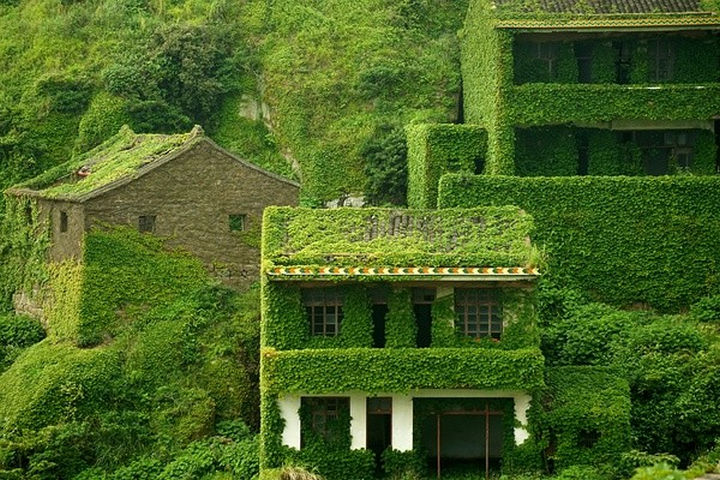 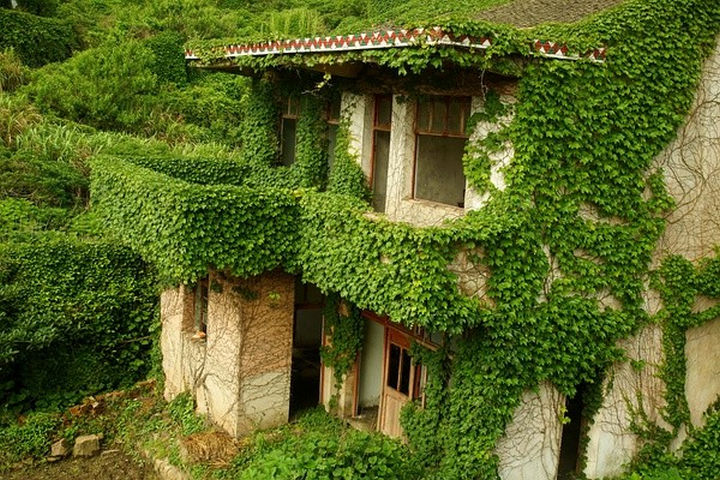 The abandoned fishing village of Houtouwan is located on Goqui island and because there aren’t many tourists, it remains quiet and undisturbed. 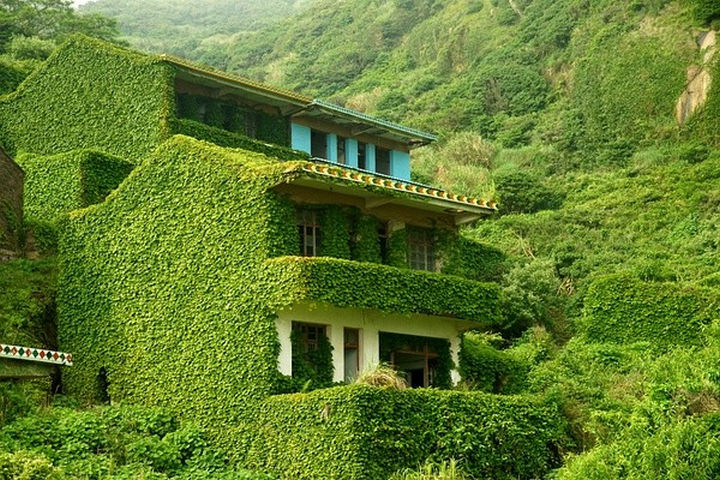 The more photos of this island that I look at, the less creepy and mysterious the island becomes. Please share this hauntingly beautiful photos of the abandoned fishing village of Houtouwan with your friends and family. 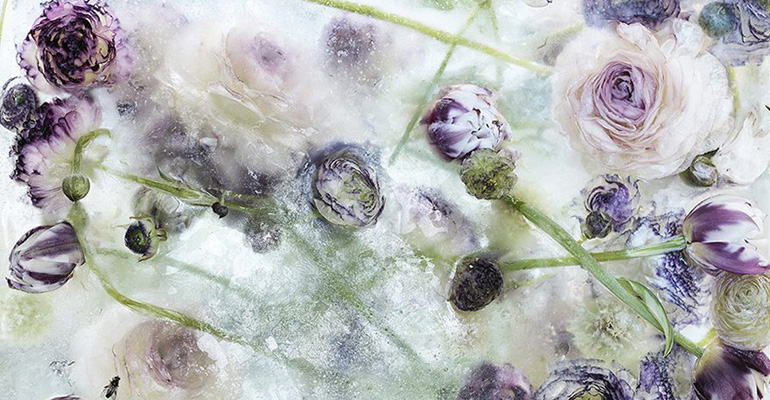 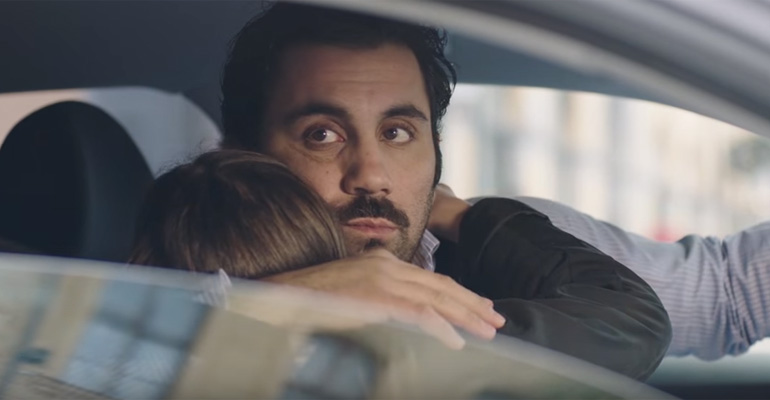 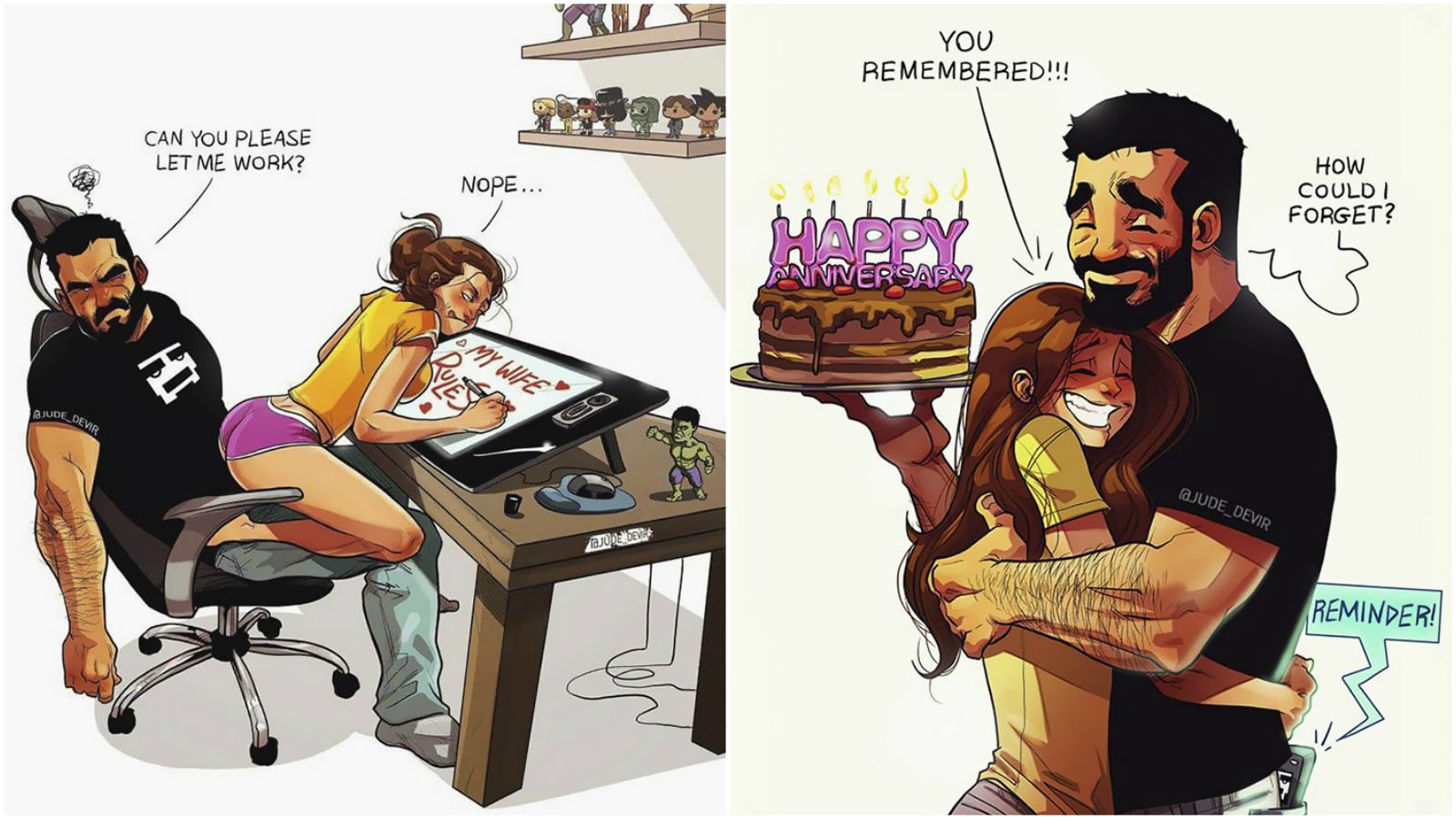