We often hear of Hollywood marriages that don’t last but we rarely hear about the ones that do. There are many famous couples that have been married for 20, 30, or even 40 years or more.

With the constant barrage of the paparazzi and the social pressures of Tinseltown, Hollywood marriages can take a beating. Here are 17 famous couples that prove marriages can last a lifetime in Hollywood. 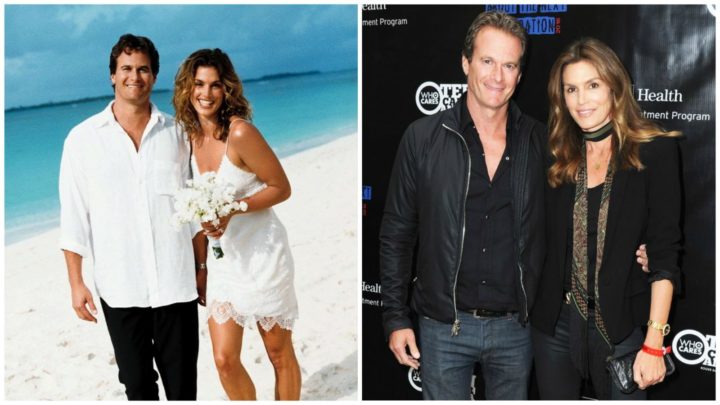 While Cindy Crawford was married to Richard Gere from 1991 to 1995, she later found her true love. Meeting Rande Gerber at a wedding, the couple hit it off and married in 1998. Together, they have two children, son Presley Walker, and daughter Kaia Gerber, which are now both models and following in their parent’s footsteps.

While William H. Macy and Felicity Huffman dated off and on for nearly 15 years, William finally decided to “put a ring on it” and the couple married in 1997. They have two wonderful daughters named Sophia and Georgia and love spending their lives together. 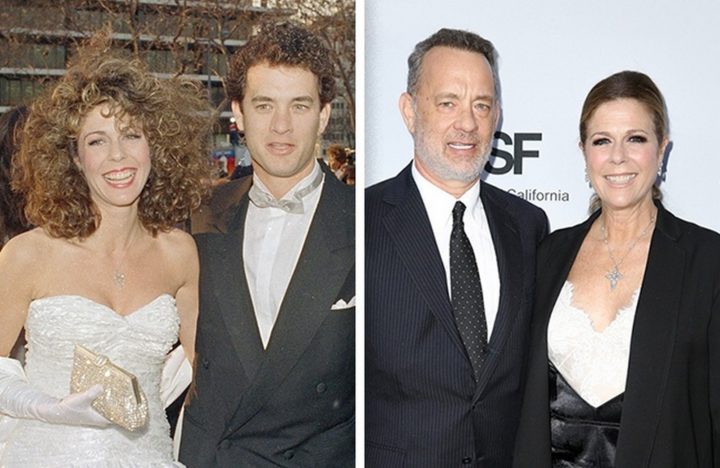 Tom Hanks is one of Hollywood’s finest actors and he met his wife Rita Wilson on the set of the 1985 movie ‘Volunteers’. Hanks has a son (Colin) and daughter (Elizabeth) from his previous marriage to actress Samantha Lews. But, Tom and Rita have demonstrated that the second time’s a charm for them and they have been happily married for 29 years and have two sons. 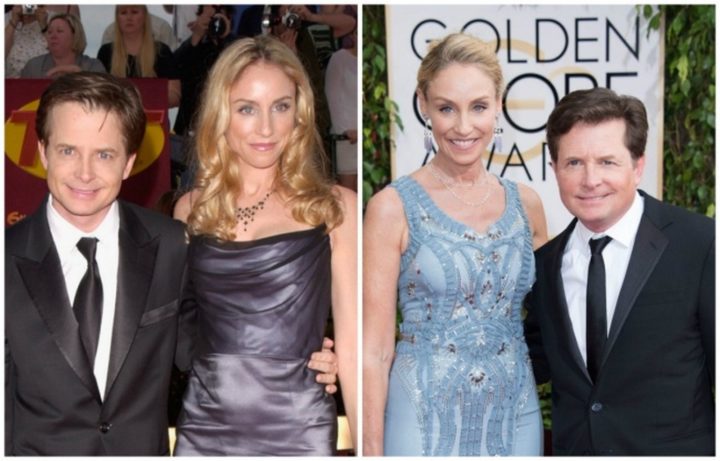 Michael J. Fox and actress Tracy Pollan met when she played his girlfriend on season 4 of ‘Family Ties’. They’ve been together ever since and have four wonderful children together. Michael J. Fox was diagnosed with Parkinson’s disease in 1991 and they’ve stood by each other for the past 29 years. This couple proves that love conquers all.

5) Kurt Russell and Goldie Hawn – Together for 34 years. 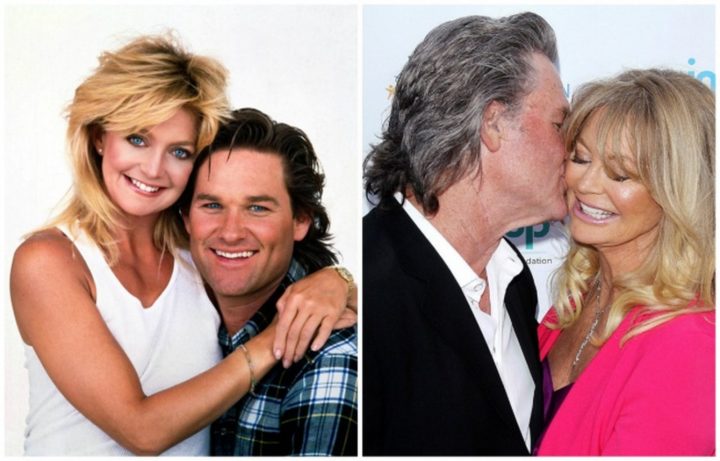 While Kurt and Goldie never married, their loving relationship is still the perfect example of true love for famous couples. Meeting on the set of ‘Swing Shift’ in 1983, the couple has been inseparable ever since. While both were divorced when they met, Goldie Hawn and Kurt Russel have never been happier. When asked about their relationship, Goldie said, “We do not need marriage. We did not very much respect the social norms. But we respect each other. As a result, only 2 percent of our lives were really bad, another 2 percent – so-so, and the other 96 were simply magical.” 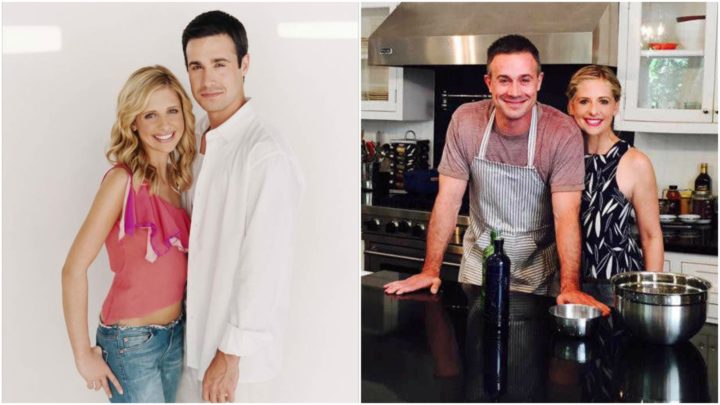 While meeting for the first time on the set of the 1997 hit horror movie ‘I Know What You Did Last Summer’, Freddie Prince Jr. and Sarah Michelle Gellar didn’t start dating until 2000. Marrying in 2002, this couple is just as lovable today and have two beautiful children. 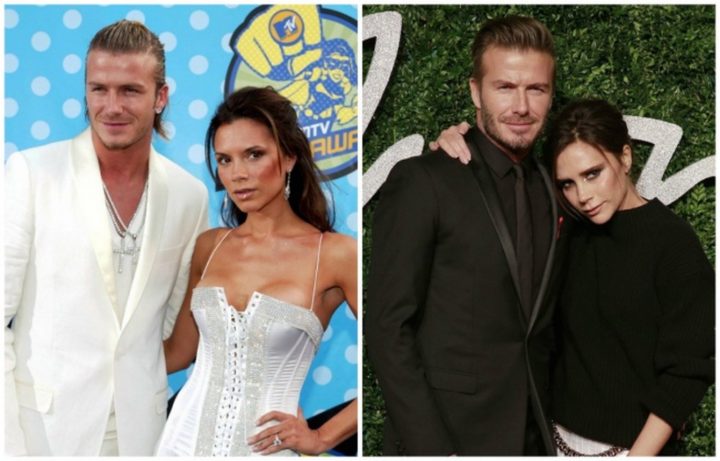 After meeting at a charity football match in 1997, David and Victoria married in 1999 and officially became the power couple they are today. Affectionally known as ”The Beckhams” by the media and their fans, they are also proud parents of three sons and one daughter. 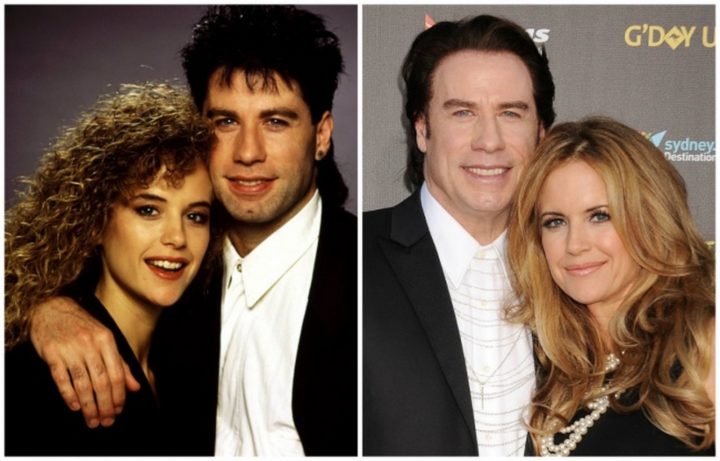 John Travolta and Kelly Preston while filming the 1989 movie ‘The Experts’ and got married in 1991. Having lost their first son (Jett) in 2009, the couple has remained strong and found comfort with themselves and their other two children, Ella Bleu and Benjamin. 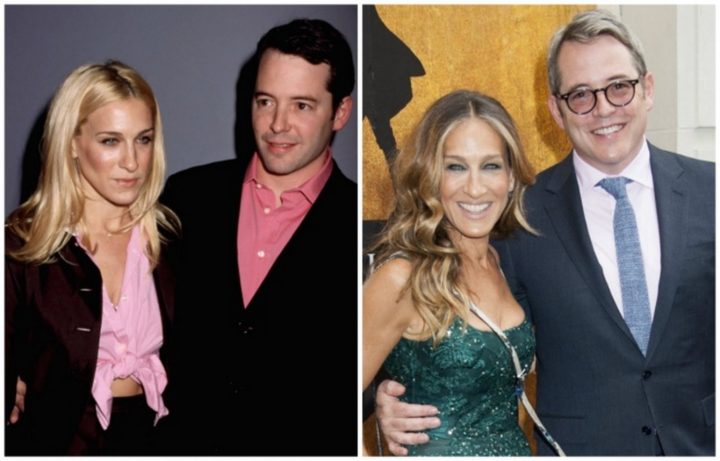 Matthew Broderick met Sarah Jessica Parker through his brother and the couple married in 1997. They have a son and two twin daughters and are the couple count their blessings. When asked about their relationship, Sarah Jessica Parker states, “I love Matthew Broderick. Call me crazy, but I love him. We can only be in the marriage we are. We’re very devoted to our family and our lives. I love our life. I love that he’s the father of my children, and it’s because of him that there’s this whole other world that I love.”

10) Will Smith and Jada Pinkett Smith – Married for 20 years. 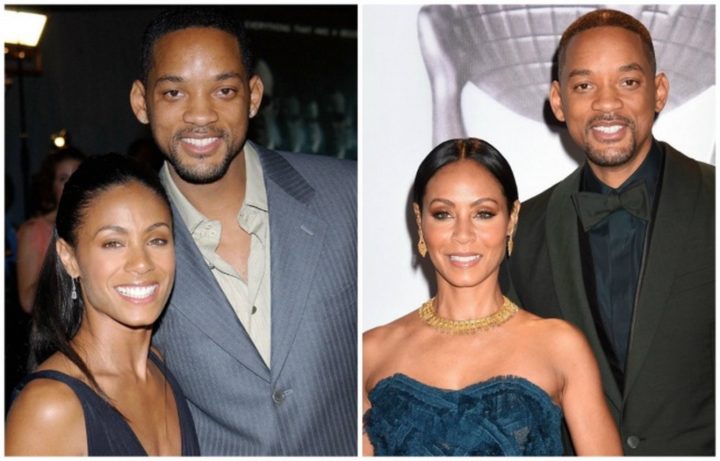 Will Smith and Jada Pinkett Smith met while she auditioned for the role of his girlfriend on the hit 90s sitcom ‘Fresh Prince of Bel-Air’. She ultimately didn’t get the role because of her height; however, the couple started dating in real life and sparks flew. The couple married in 1997 and have two children, Jaden, and Willow Smith. 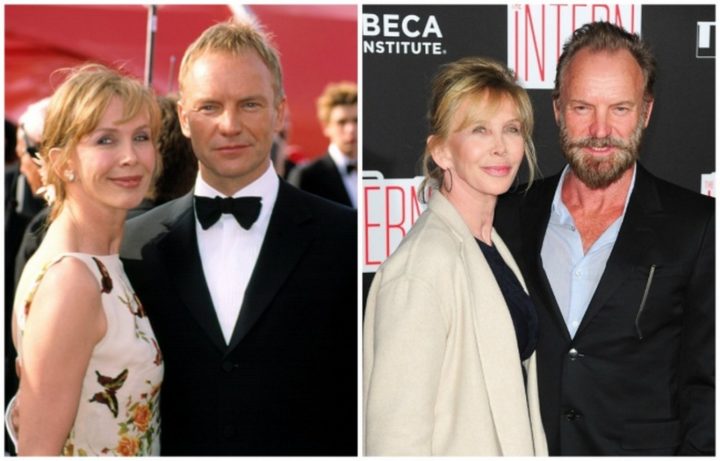 Sting moved in with actress Trudie Styler in 1982 and together they made it official 10 years later. After marrying in 1992, the couple had four children and has raised them to succeed. The couple is not afraid to show their affection publicly and both are often spotted kissing and cuddling. 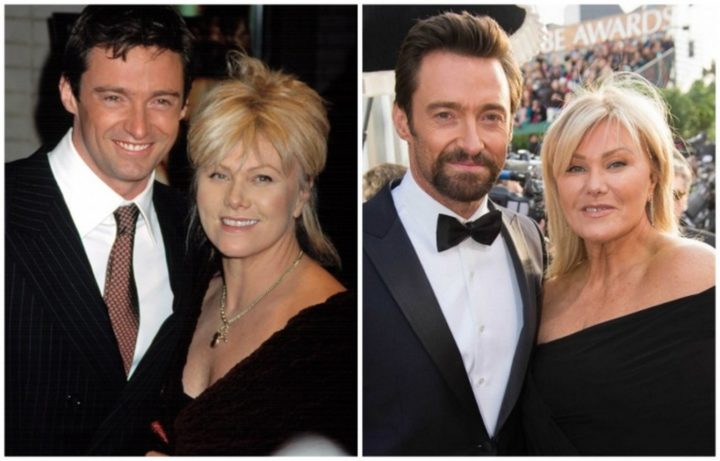 After meeting on the set of the Australian TV show ‘Correlli,’ the couple tied the knot in 1996. After a couple of miscarriages, the couple adopted two mixed-race children and couldn’t be happier. When asked about their relationship, Jackman says, ’I didn’t fall in love with her appearance. I liked her character the most. But, of course, she seemed to be very beautiful too.’ 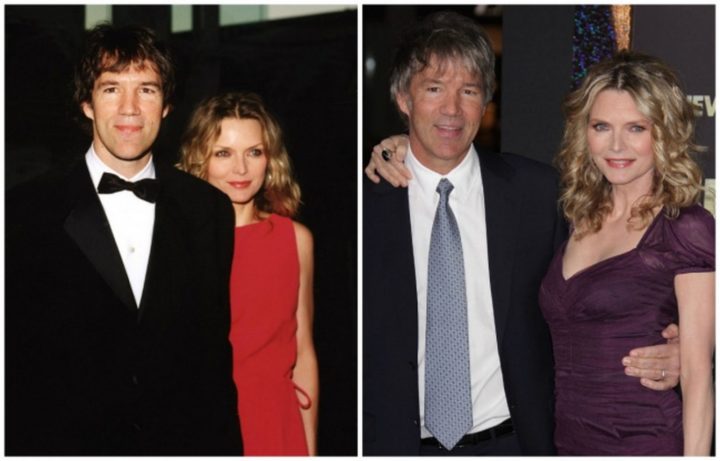 After meeting on a blind date in early 1993, Michelle Pfeiffer and television writer and producer David E. Kelley started dating seriously. The couple got married in November 1993 and have a daughter named Claudia Rose they adopted only months before their wedding. In 1994, Michelle gave birth to their second child and named their son John Henry. 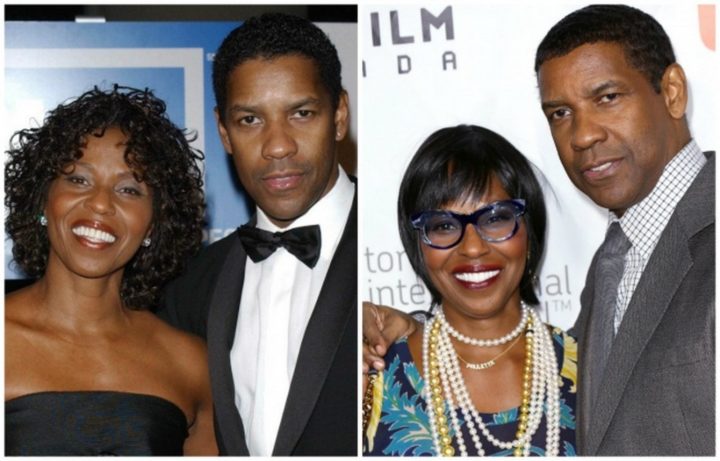 Denzel Washington married the love of his life in 1983. He met Pauletta Pearson on the set of television film he was working on entitled ‘Wilma’. The couple has 4 children and they renewed their vows in 1995 while on a trip to South Africa.

15) Oprah Winfrey and Stedman Graham – Together for 31 years. 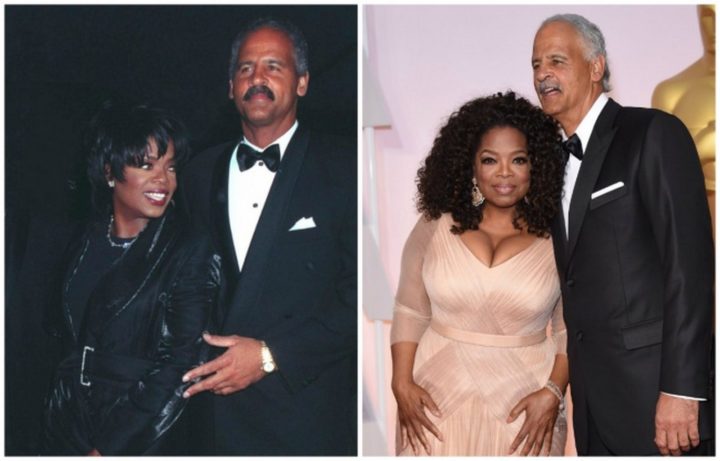 Oprah and her boyfriend Stedman have been together since 1986 and their love couldn’t be stronger. While they were engaged to be married in 1992, the wedding never took place and they never looked back. On the topic of marriage and famous couples, she says, “His interpretation of what it means to be a husband and what it would mean for me to be a wife would have been pretty traditional, and I would not have been able to fit into that.” 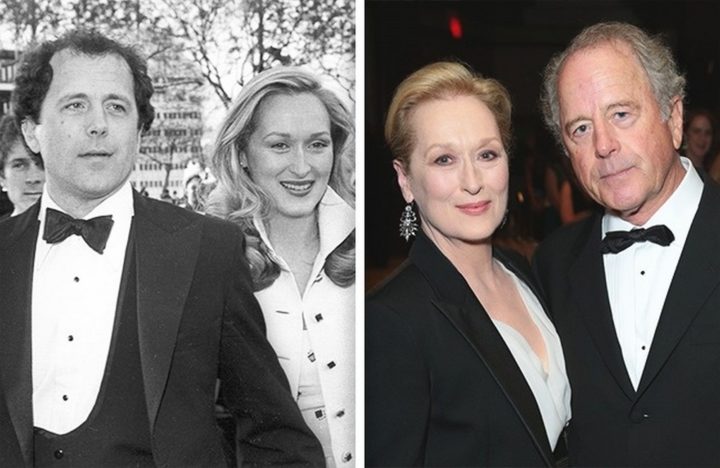 Merryl Streep married Don Gummer in 1978 and together they have 4 children. When asked about her relationship and famous couples, she replied, “I don’t know what I’d do without my husband. I’d be dead, emotionally at least, if I hadn’t met him. He’s the greatest.” 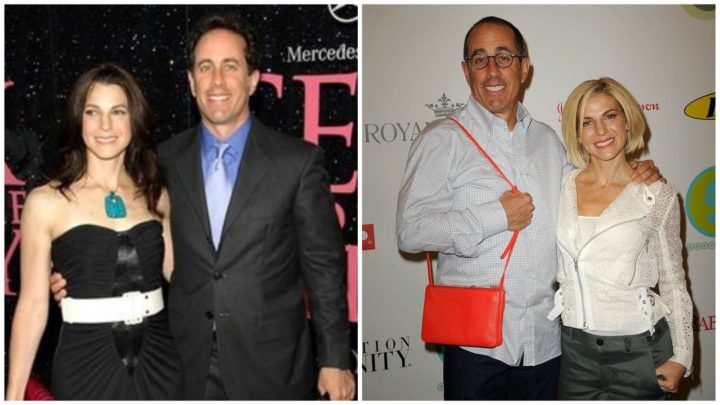 After meeting Jessica at a Reebok Sports Club in 1998, the couple started dating and married in 1999. The Seinfelds have two sons and one daughter and enjoy their lives in New York City.

For these famous couples, love lasts a lifetime. If you love everything about marriage, don’t miss these marriage tweets that only married people will understand.

Please share these famous couples proving that marriage and love can last a lifetime in Hollywood with your friends and family. 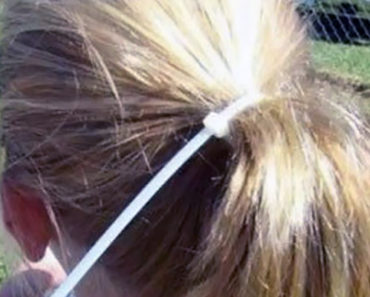 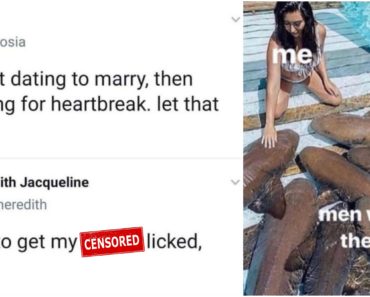 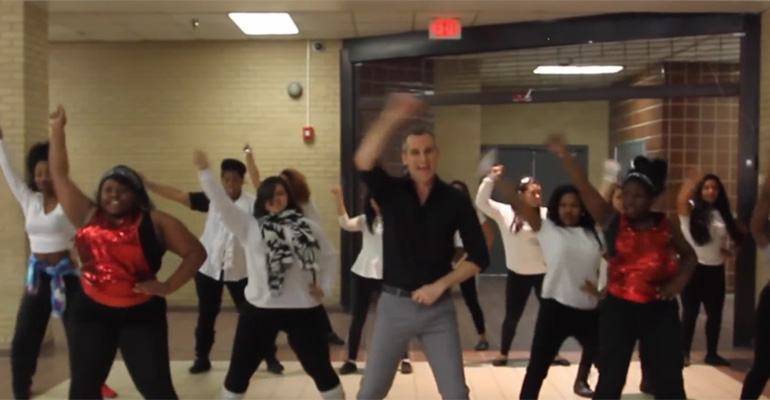