Breakups are never easy and usually at least one person in the relationship thinks there is a chance of reconciliation. The chance of that happening with these 10 relationships are slim as the breakup letters or actions go straight for the jugular.

There are usually a range of emotions but the individuals who wrote these breakup letters were definitely angry and wanted to end the relationship swiftly.

1) I don’t think his girlfriend liked his breakup letter… 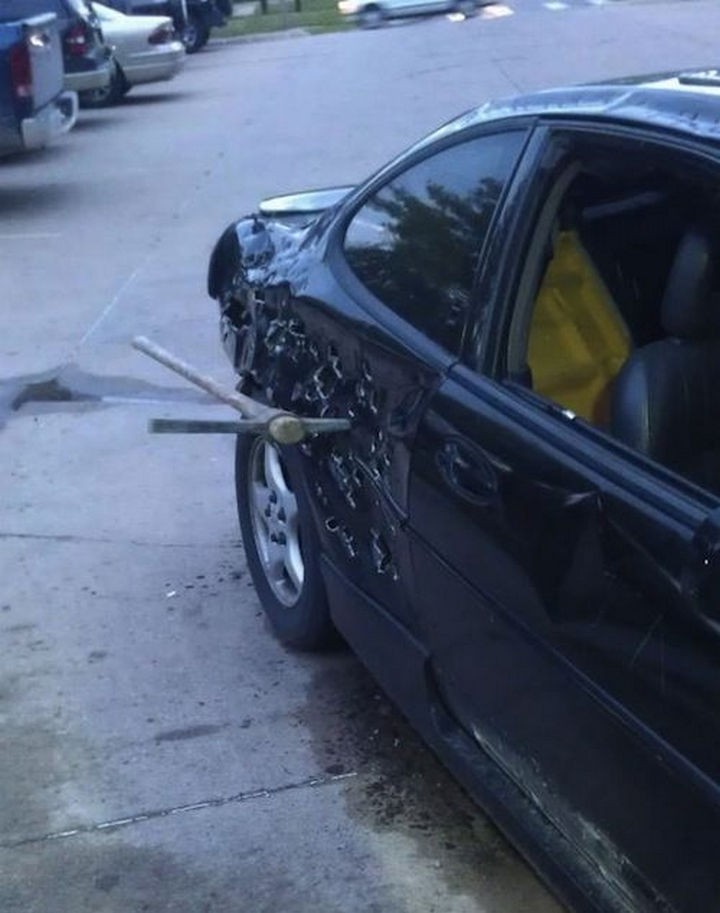 2) This player just got served. 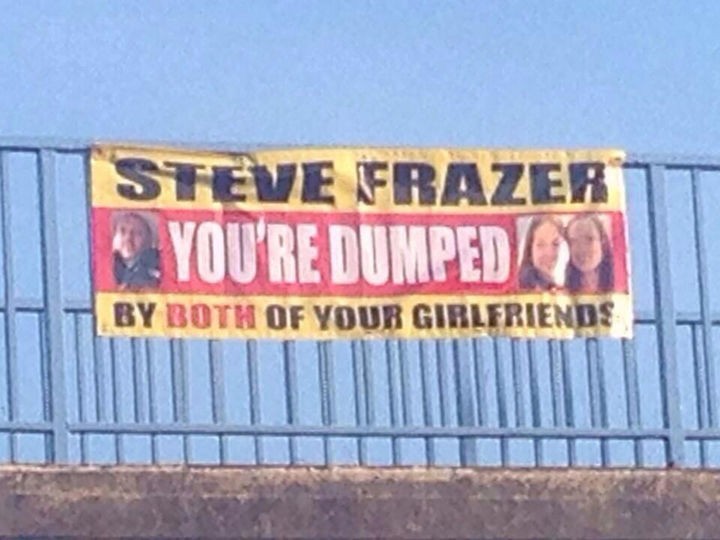 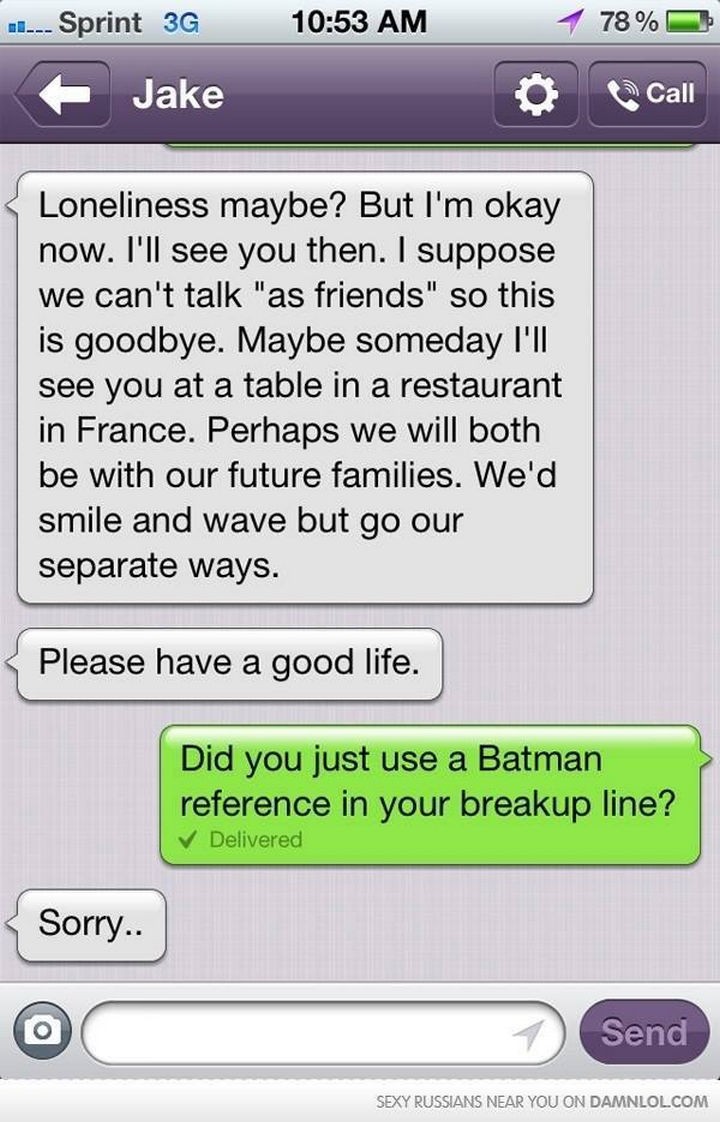 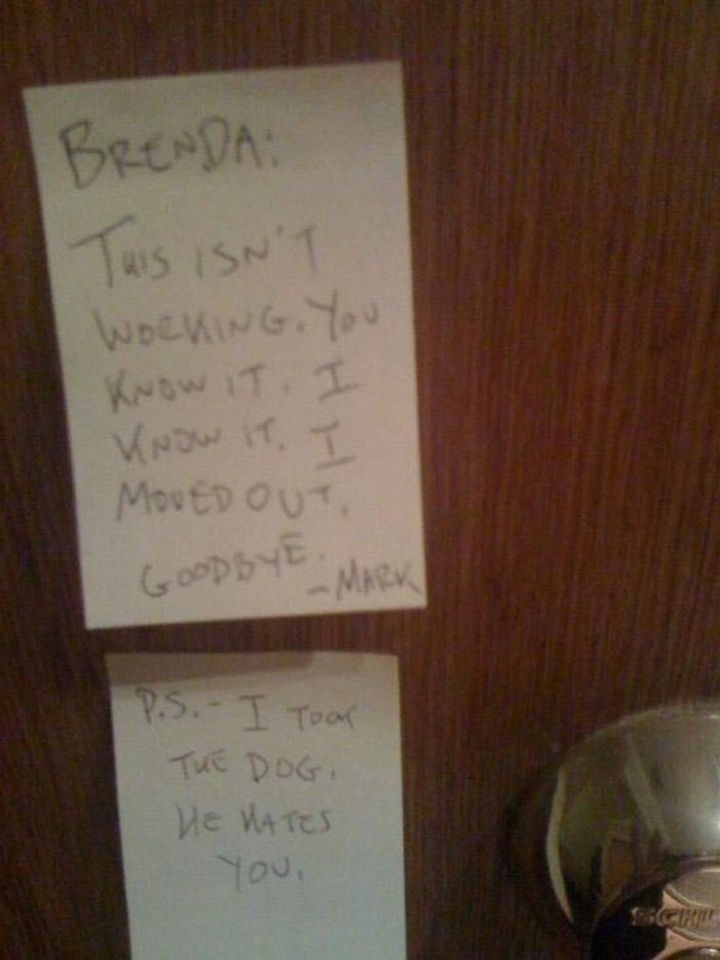 It reads, “Brenda. This isn’t working. You know it. I know it. I moved out. Goodbye. – Mark

5) That’s one way of not having to buy a Christmas present. 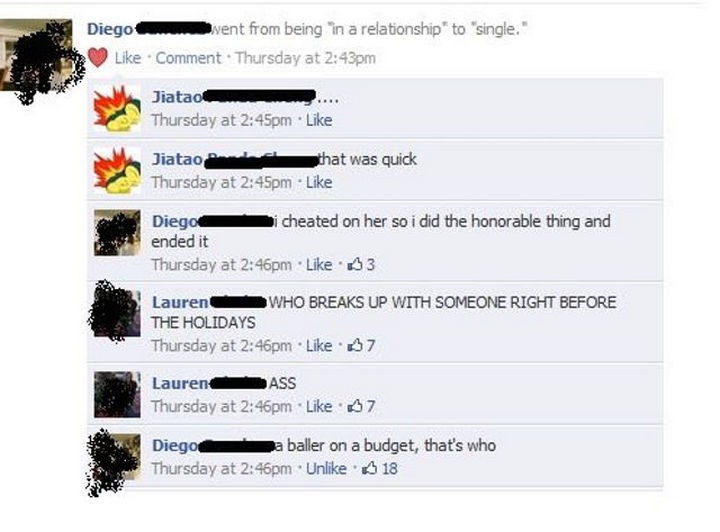 6) This letter even contains a scavenger hunt to find your old stuff! 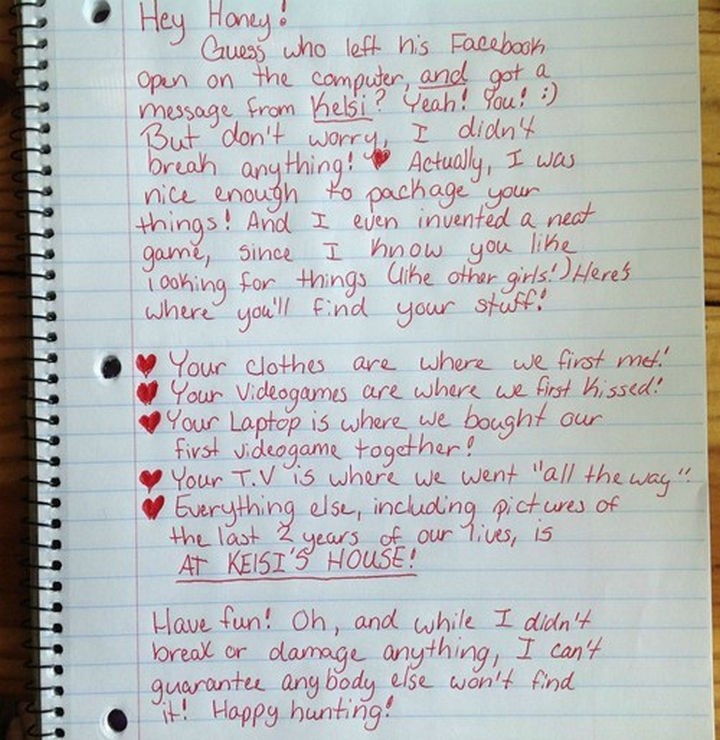 It reads, “Hey Honey! Guess who left his Facebook open on the computer AND got a message from KELSI? Yeah! You! 🙂 But don’t worry, I didn’t break anything! Actually, I was nice enough to package your things! And I even invented a neat game, since I know you like looking for things (like other girls!) Here’s where you’ll find your stuff!

Have fun! Oh, and while I didn’t break or damage anything, I can’t guarantee anybody else won’t find it! Happy hunting!” 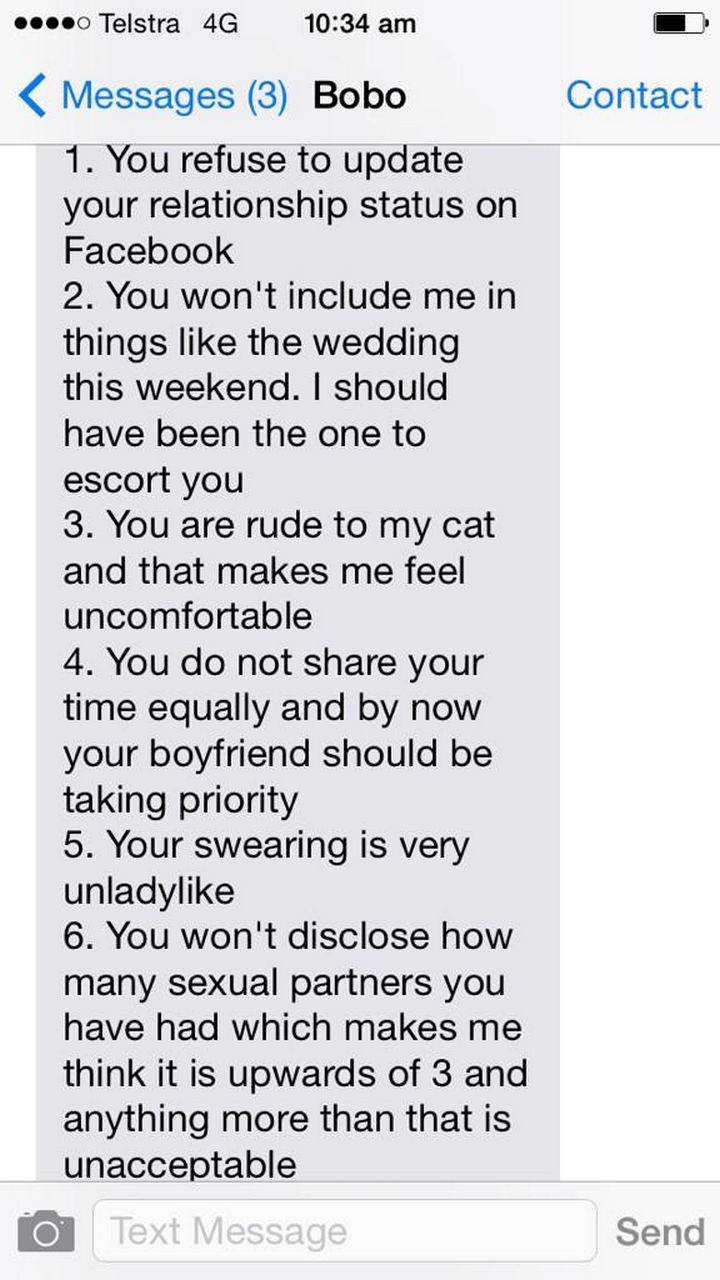 8) I think that got Steven’s attention. 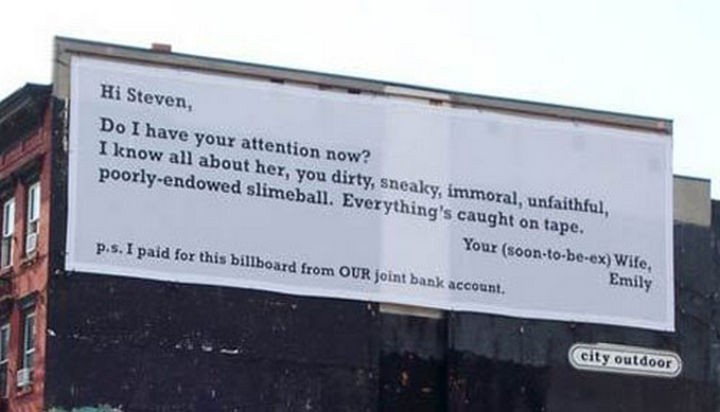 It reads, “Hi Steven, Do I have your attention now? I know all about her, you dirty, sneaky, immoral, unfaithful, poorly-endowed slimeball. Everything’s caught on tape. Your (soon-to-be-ex) Wife, Emily.

p.s. I paid for this billboard from OUR joint bank account.”

9) Wow. A lot of things about this person bothered him/her. 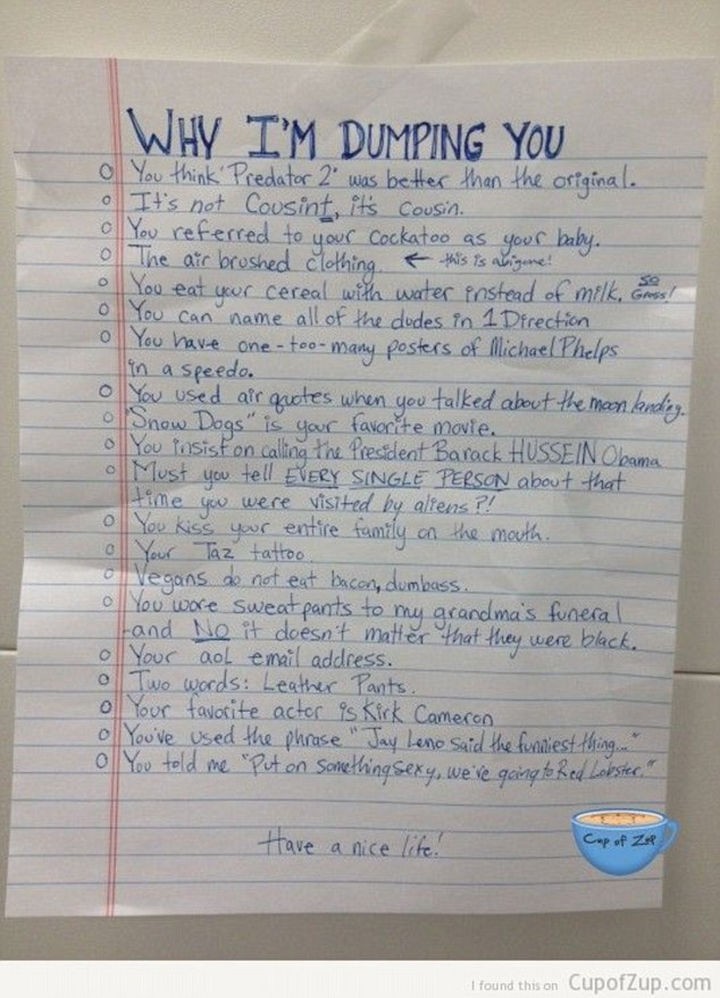 It reads, “WHY I’M DUMPING YOU

Have a nice life!”

10) Keep calm and eat your feelings. Dig in. Breakup letters don’t get tastier than this 🙂 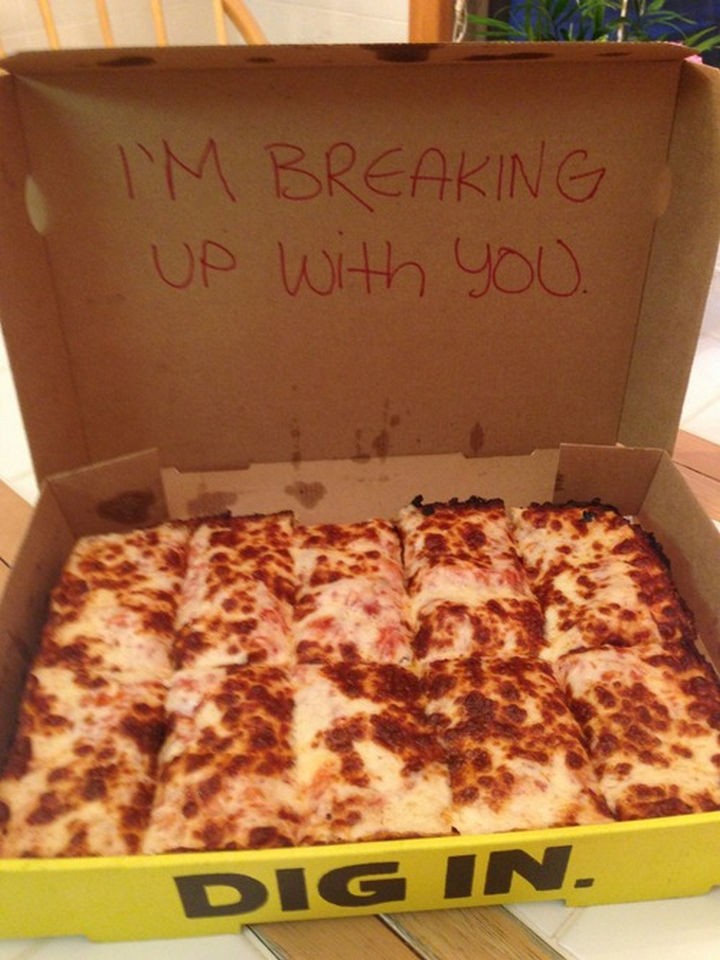 It’s never easy being on the receiving end of a breakup but one way to get over it is to move on and get back out there. Please share these funny breakup letters with your friends and family. 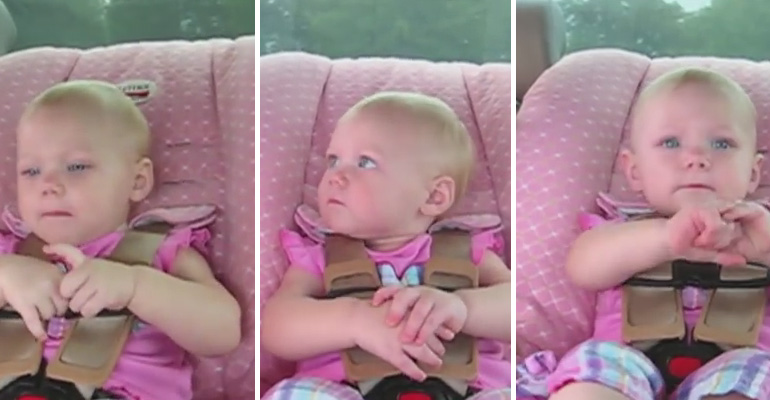 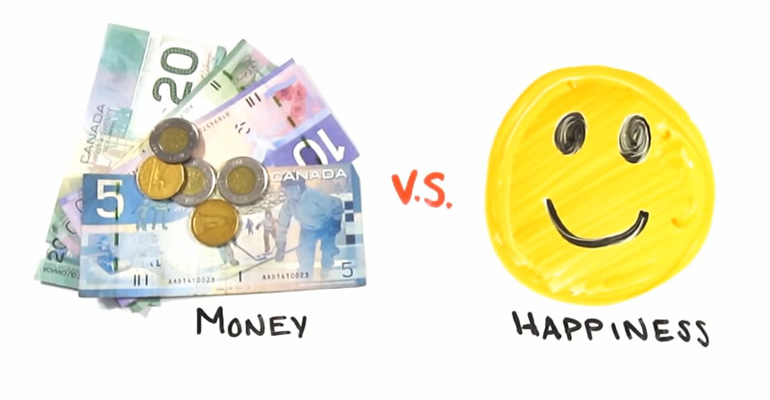 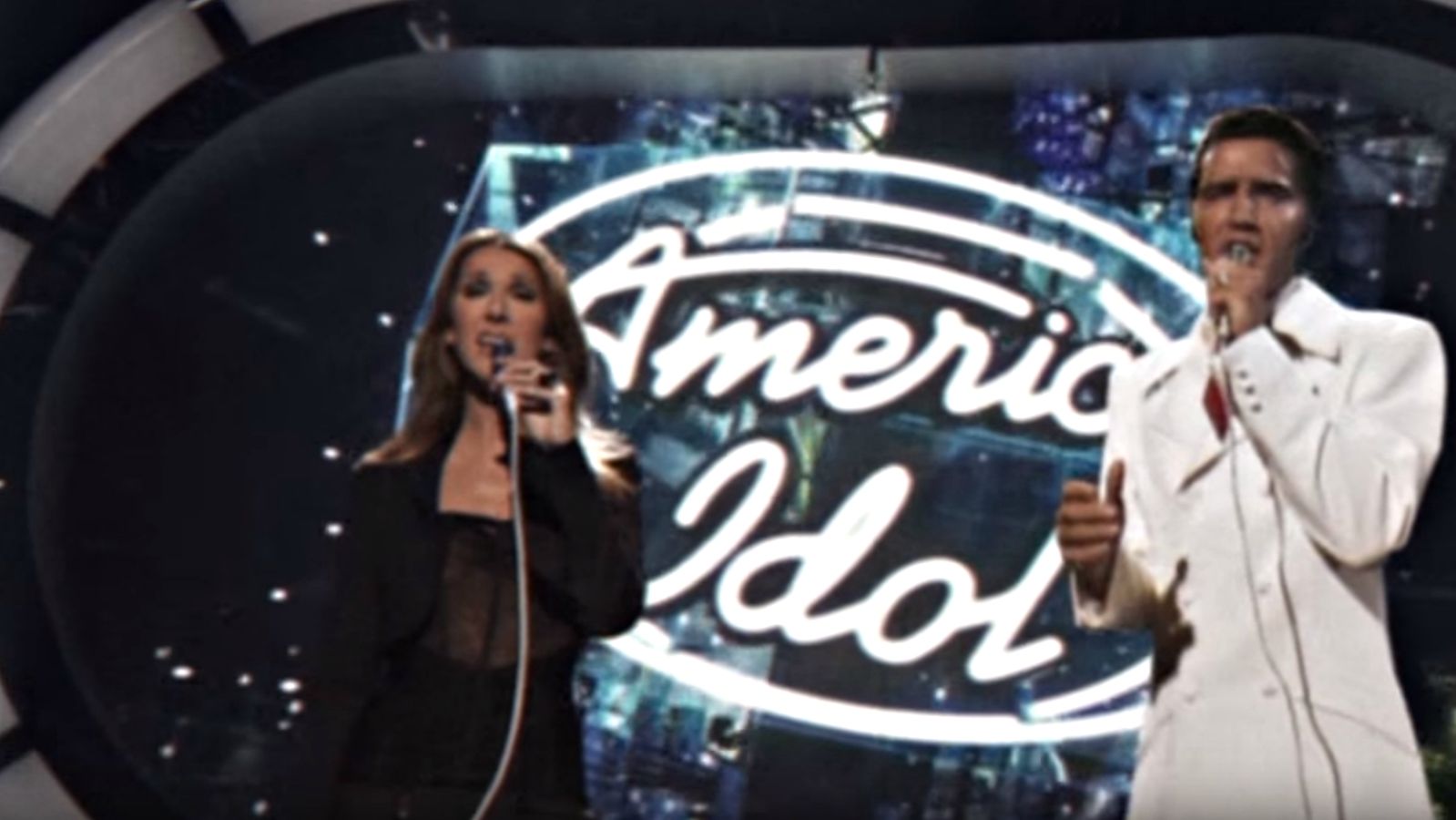